Who’s The Darkest Of Them All 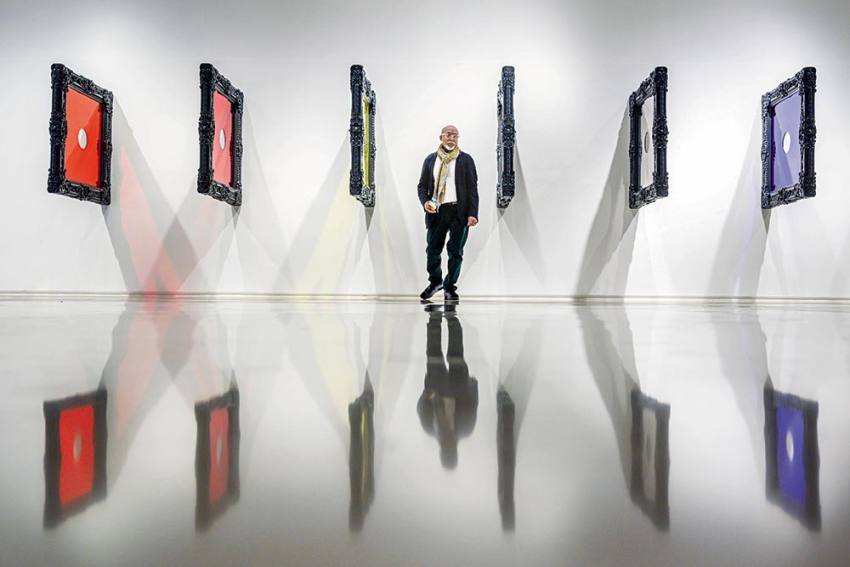 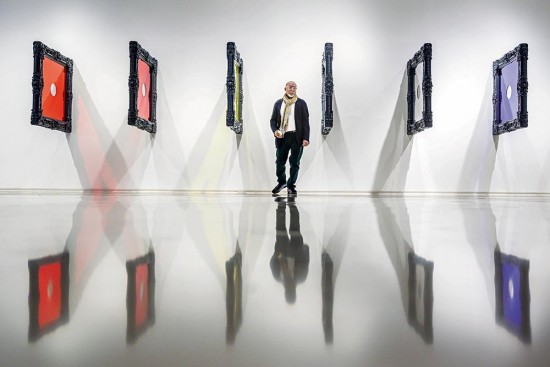 Art, they say, imitates life. Bose Krishnamachari, an internationally acclaimed artist from Kochi, has done precisely that with his latest series of installations, titled ‘The Mirror Sees Best in the Dark’, on display at the Emami Art Gallery in Calcutta from December 2, 2019. The ‘dark’ in Krishnamachari’s artwork reflects the turmoil over Kashmir, citizenship, NRC and our increasingly polarised society.

According to Ranjit Hoskote, a noted art critic, through the installations, Krishnamachari “confronts the increasingly extreme discourses that shape our consciousness. In Bose’s handling, these discourses crystallise around keywords that then become slogans, deployed in the witch hunts and debased debates that characterise a polarised society”. 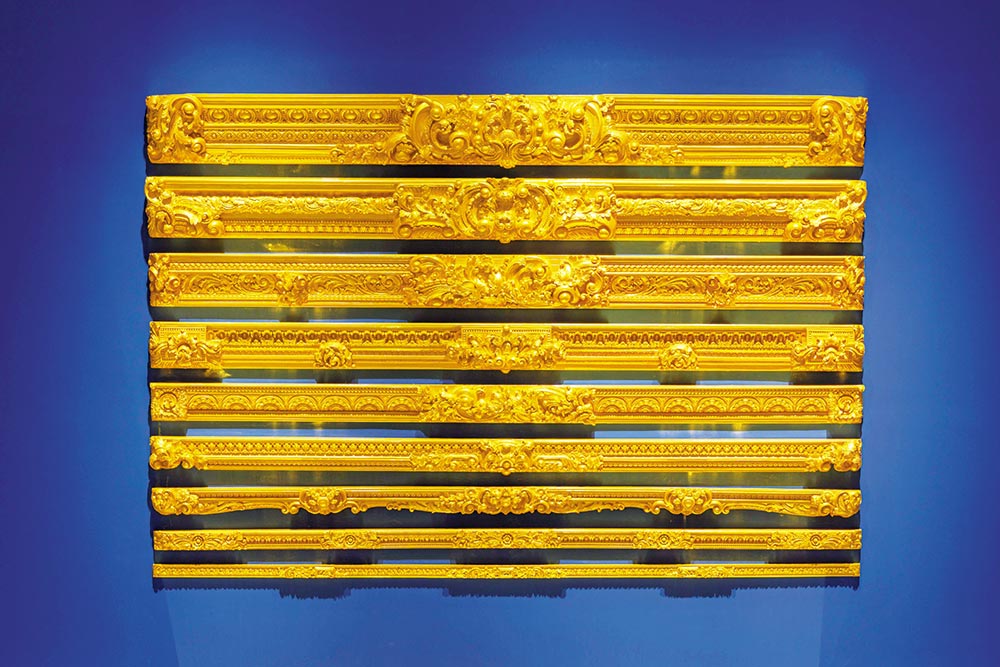 Indeed, in his installations, various notions like god, religion, casteism, regionalism, racism, narcissism, nationalism, technology, and capitalism are highlighted as our present-day obsessions. Though the artist’s anger is evident, he expresses that subtly by experimenting with forms and material—shuffling among word, images and assemblage. Some of the installations in the exhibition stand out, such as ‘Religion’, in which he uses acrylic mirror (made by traditional artisans in Thrissur, Kerala), wood and neon light. 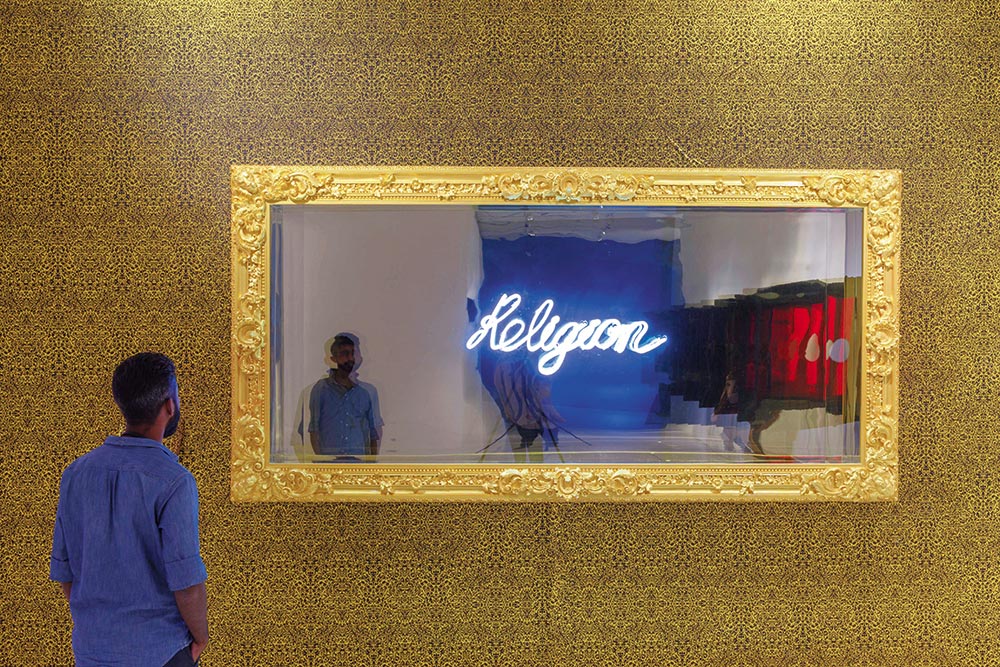 His condemnation of the trajectory taken by modern society is best reflected in his series of installations titled ‘Obsessions’. In these, he uses wood carved frames, acrylic mirrors and ornamental glass. On these are inscribed bold letters made of various materials like graphite, copper, steel, granite, bronze, ceramic and marble. Like his forms, which are minimalist as well as maximalist, his message is both subtle and loud. “Bose explores the thresholds at which potentially unifying concepts like nationalism can become unhealthy obsessions, dividing the world into Us and Them,” says Hoskote. Indeed, Bose has put before us a ‘mirror’ and invites us to have a hard look at ourselves. 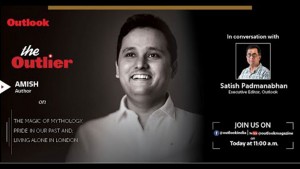 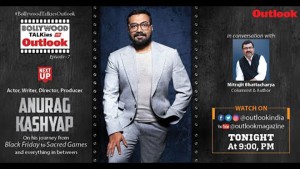