Time To Make In Indie, Babua! 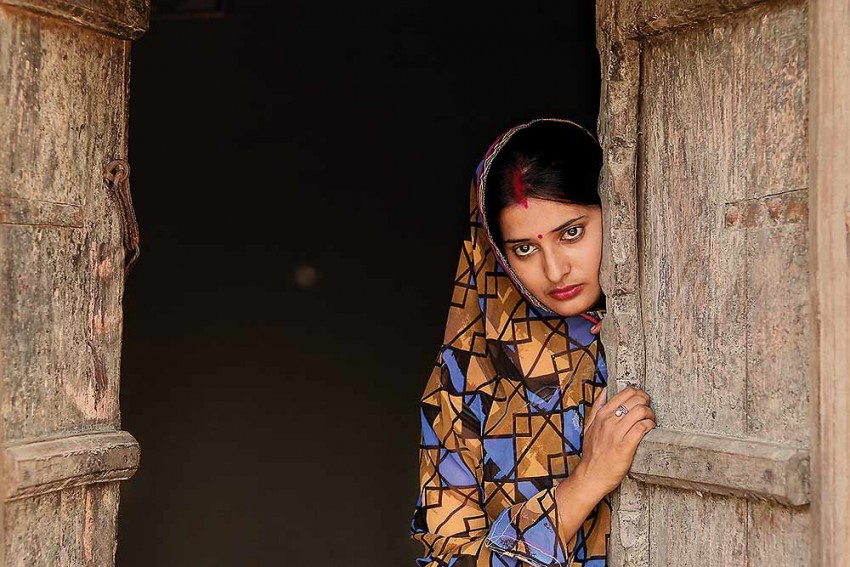 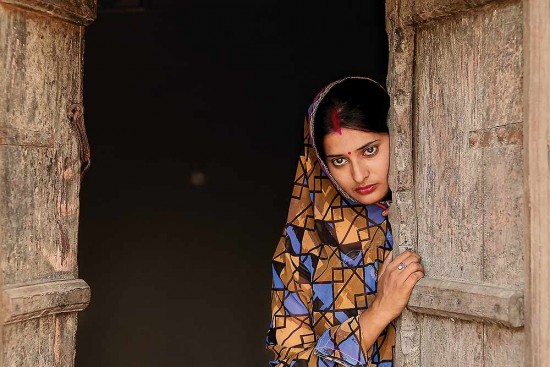 When Pawan Singh compared a woman’s torso to a lollipop, and the woman to a potato chop and ice cream, little would he have expected that the song would become a cross-regional earworm, dominating phone ringtones and inspiring rock, acoustic and violin covers. The track resonated on the internet and has almost become synonymous with Bhojpuri outside Bihar. Pawan’s Lollipop Lagelu is not an anomaly. In a film and music industry where the exposition of booty and fetishised bulge is prioritised over plot, the catchy song is just one of the hundreds of its ilk.

Despite the uptick in Bhojpuri cinema since the mid-noughties, there’s little to differentiate the films—they brim with sleaze and women merely serve as props to be harassed or seduced. While not quite the hallmark of the industry, obscenity is rife and gets maximum attention.

It is an association that many Biharis bemoan and seek to undo. One of them is 27-year-old Rahul K. Singh, a Mumbai-based filmmaker who hails from Patna. He is part of a nascent indie scene where auteurs experiment with cinematic language to share stories of their homeland. Rahul’s 15-minute short film Breathe is the story of an aca­demically promising teenager beset by angst and incertitude about where his life is headed. 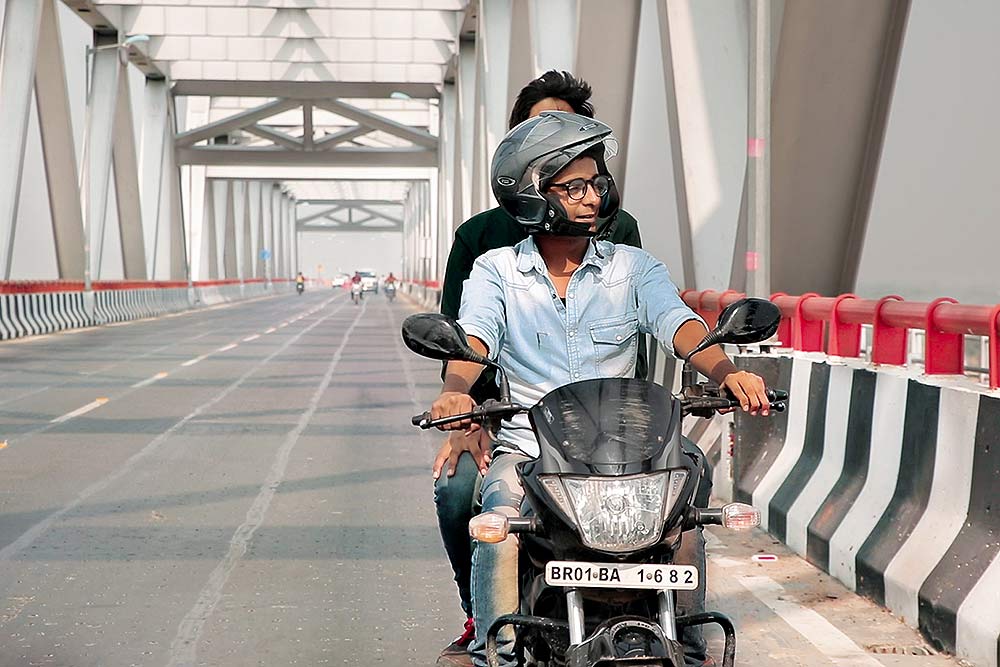 While it might not have the technical finesse of a big-budget film, the poignant narrative and heartfelt acting give it substance. Rahul was overwhelmed by the reception his debut got. “At the screening in Kalidas Rangalaya (Patna’s premier cultural centre), more than 140 people came. The seating capacity of the theatre is around 70, so we televised the film twice. Even the Bollywood actor Pankaj Tripathi praised it.” In the Jharkhand International Film Festival Awards 2018, Breathe was selected as the Best Bhojpuri Short Film.

But how does an independent filmmaker manage to garner the resources to make a movie? “Breathe is pretty much a zero-budget film. I was the scriptwriter, director and editor, but the actors chipped in as technicians too. I shot the film in and around my house and served the crew home-cooked food.” Rahul sought out actors at Kalidas Rangalaya, but found the lead of his film, Ujjwal Srivastava, on YouTube. Ujjwal is a YouTube prank video vlogger whose channel Viral Kalakar has, over the years, amassed 85,000 subscribers.

Like Rahul, other filmmakers are foraying into cinema in the languages of Bihar. Bhojpuri is often faultily presumed to be the state’s standard lingo by non-Biharis. It is, of course, only one from a rich linguistic pool—Maithili, Magahi, Vajjika and Angika, all with millions of speakers. Besides, people in eastern UP speak Bhojpuri as well. However, you are unlikely to see independent films in these vernaculars at a theatre near you. The indie scene is largely confined to YouTube, with the occasional screening at niche festivals. 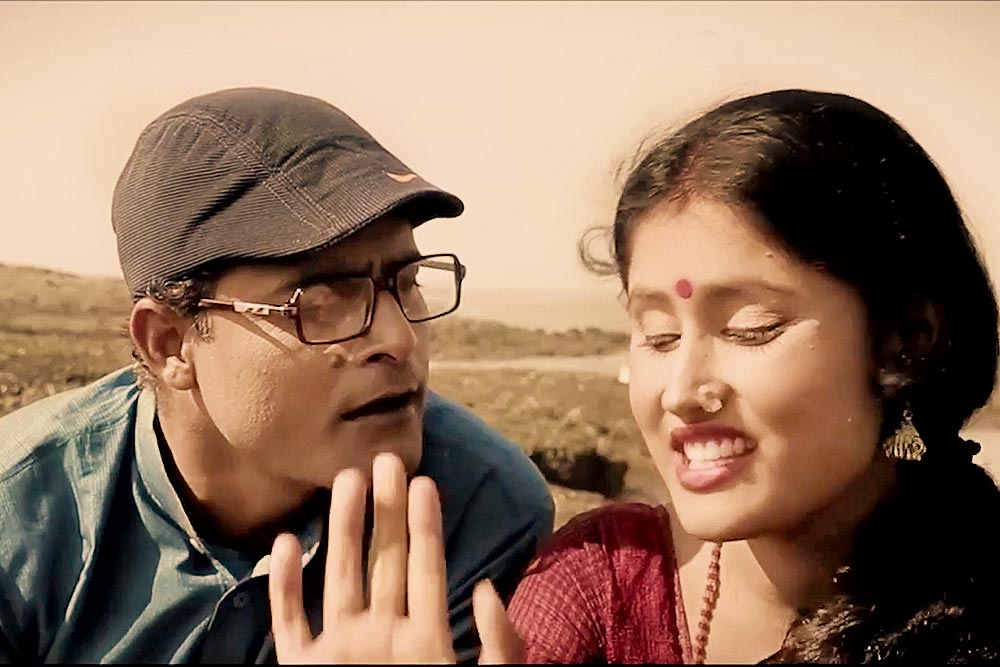 YouTube channels of organisations like Puruaa Bhojpuri and Mithila Darshan feature some of these films. “We started Puruaa about two years ago to promote Bhojpuri language and culture,” says Dhananjay Tiwari, the founder of the organisation. “It’s a collective with 300 members from India as well as the US and Australia.” Their YouTube channel, which features 68 short films, music videos and folk songs, has a cumulative 1.28 million views. They also organise cultural events and bring out publications. “Big producers don’t want to fund the kind of films we make, so we work on a crowdfunding model,” Dhananjay explains. “Our members contribute a certain sum every year, which we use for our films and other projects.”

Mithila Darshan’s YouTube channel may be relatively modest in terms of the number of videos uploaded and views raked, but it has a rich legacy. “My parents established Mithila Darshan in 1954 to champion Maithili. Till today, we produce an eponymous bimonthly magazine,” says Ajay Singh, a retired professional, who runs the organisation with his brother, Professor Udaya Singh, and a small team based in Calcutta.

The short films on their channel are perhaps the first independent films from Bihar. “After Maithili was constitutionally recognised as a language under the Eight Schedule, we decided to make a TV serial in it,” he says. “I wrote a script based on a play my brother had authored. The show, Nain Na Tirpit Bhel had 78 episodes, which were screened on Doordarshan between February 2008 and August 2009. Inspired by the reception it got, we decided to make short films.” They produced four shorts using the ad revenue generated from their magazine. Each cost Rs 50,000 on average. For post-production, the brothers took the help of their contacts in Tollywood; they had grown up in Calcutta. “Earlier, there weren’t many platforms to screen films, but technology has changed everything. We have uploaded two of the short films, Gorki and Kaniya Kaki, on YouTube and a couple of music videos. We are currently digitising the rest of our visual content.” 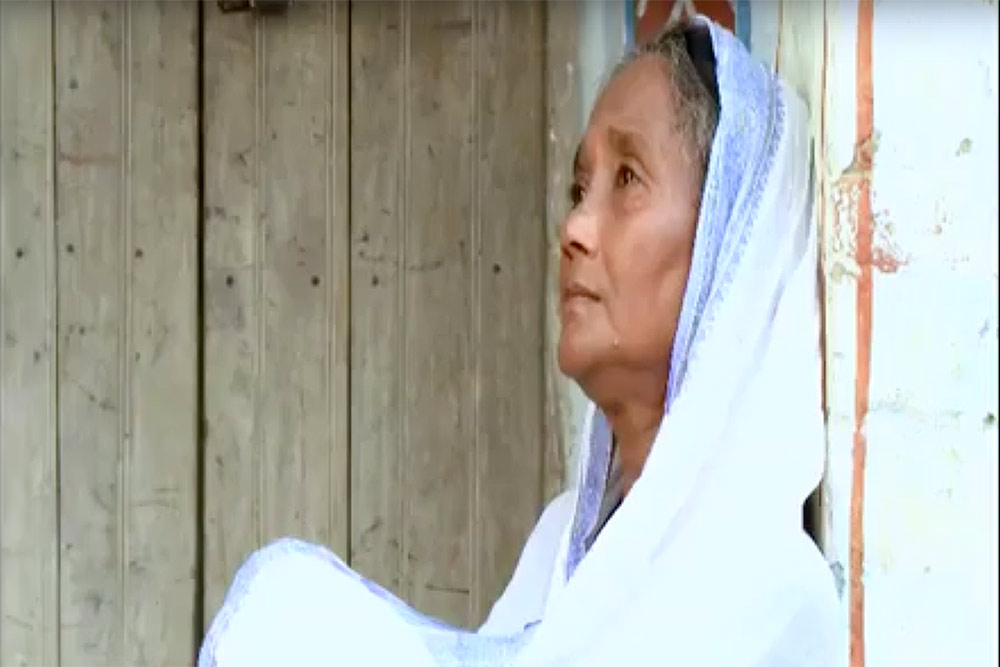 The indies are carving a space on YouTube and film festivals, but you won’t see them in a theatre near you any time soon.

While YouTube has provided an audience to these filmmakers, money is not as forthcoming. “Most Bhojpuri producers are from Mumbai and Delhi and have no connect with the language,” says Ujjwal Pandey, who runs Apni Industry Apna Cinema, an initiative to promote a homegrown film industry in Varanasi. “The production of Bhojpuri films largely happens outside the region and in fact, on many sets, the crew converses in Marathi! The producers just know one formula—skin show.” Ujjwal got in touch with producers to fund his films, but it was a futile attempt. “They wanted to see if my films would be successful. So, after I directed Kohbar, a short film that got over 360,000 views on YouTube, they asked me to make a feature film before they could take the risk.”

Video-streaming platforms do not provide a sustainable revenue stream either. “Despite millions of views, I get only about $100 every 4-5 months. I take up commercial projects in Delhi and Mumbai and use that money for my films,” says Ujjwal. Despite the lack of funding, Ujjwal is undaunted. “I made Kohbar on a budget of Rs 650,” he declares. “The actor’s wedding headdress cost Rs 200 and the taxi from Varanasi to Kaithi, where we shot the film, cost Rs 450. I cast village residents in the film along with actors.”

Kohbar is set in a kohbar, the wedding chamber where rituals are conducted. It received plaudits on YouTube. Even actor Manoj Bajpayee praised it. “The film is an excellent depiction of Bhojpuri society and village life. What I like most about it is how the woman lead speaks her mind,” he rem­arked in a promotional video. Kohbar’s success encouraged Ujjwal to turn it into a feature-length film, for which he raised about Rs 40,000 through crowdfunding. The shoot of the film was largely complete, but the demise of the lead, Manisha Rai, in a road accident stalled production. 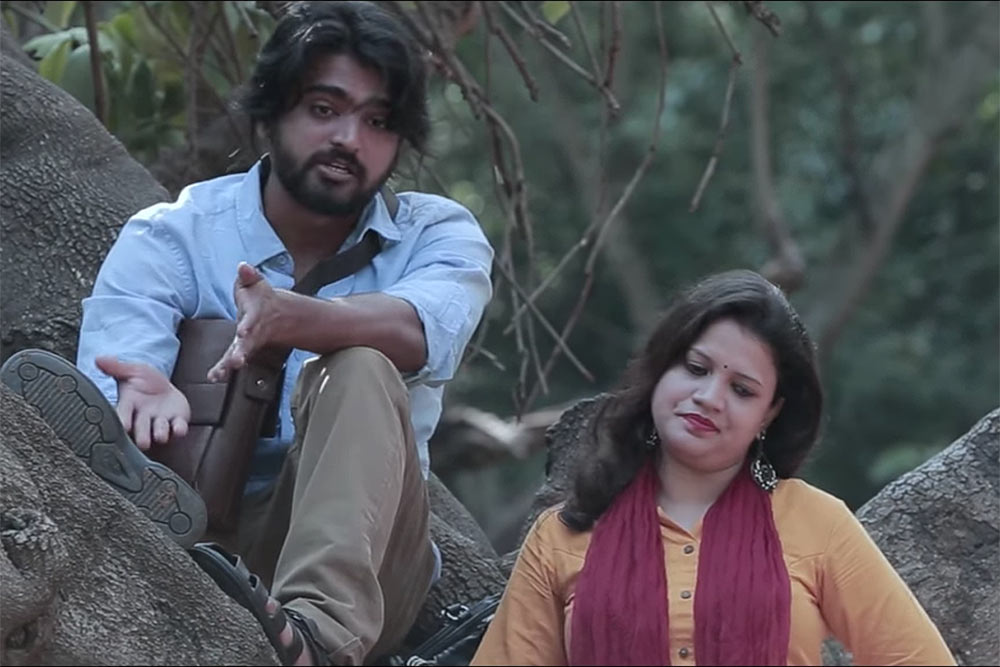 While there is an attempt to break away from the hackneyed tropes of mainstream Bhojpuri cinema, a film’s indie status does not necessarily mean quality. Some have a surfeit of melodrama and cringey acting, while others flounder with ­paper­­-thin plots. Technical aspects such as sound and lighting are often awry. But common among all is an earnestness in filmmaking and a desire to explore stories in the mother tongue.

A film’s indie status does not always mean quality. But the films are earnest attempts at cinema in Bihar’s languages.

Another common sentiment among the indie auteurs is the irritation with the regr­essive depiction of women in mainstream Bhojpuri cinema. “Take a sensual Hindi song like Labon ko labon pe sajao,” says Rahul. “If it were made in the Bhojpuri industry, it would probably be on the lines of munh ko munh mein daal.” The cleft between commercial and alternate cinema is massive—none of the filmmakers interviewed for this story had anything positive to say about the former. “There’s obscenity in Bollywood as well,” says Ujjwal, “but it is usually restricted to B-grade films. Besides, they produce good movies too. In Bhojpuri, however, the entire industry just makes B-grade films.”

To promote alternate cinema from Bihar, the Maithili-Bhojpuri Academy organised a ‘Mini Bhojpuri Film Festival’ in Delhi in March 2019. Along with Kohbar and Breathe, the event featured the films Lalka Gulab, Daan, Kavi Kalpana and Bhent. Kavi Kalpana is a Maithili film featuring a caricaturish poet who wants to write his masterpiece on ‘the mystery that is woman’. On a holiday at a beach, he gleefully holds forth on a woman’s qualities, while his exasperated wife stares blankly at the waves. What begins as a predictable rant soon assumes new dimensions once she starts speaking up. Keeping in line with the theme, all the dialogues in the 27-minute film are in rhyme. 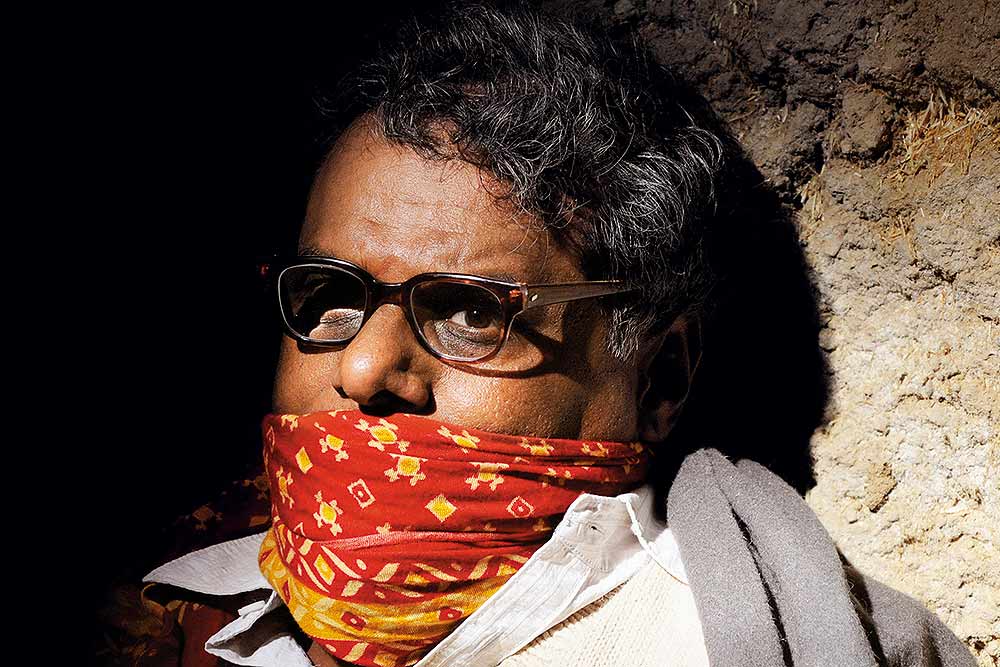 On the last day of the festival, indie directors, act­ors and producers discussed—in Bhojpuri—the problems plaguing the mainstream industry and the prospects of alternate cinema. Amidst the jubilation, there were dissenting voices too: an audience member interrogated their demonisation of vulgarity, claiming that it was what viewers wanted. “But it’s the only thing the audience gets,” replied Amit Jha, the director of the documentary Fulena Nights, which was screened at the festival. “They haven’t had the opportunity to see any other kind of Bhojpuri cinema, so it would be presumptuous to think that the audience only wants obscenity.”

A common ruse among Bihar’s indie auteurs is an irritation with the Bhojpuri mainstream cinema of sleaze.

Another audience member pointed out the lack of quality production in the shorts. The filmmakers responded by invoking the old bugbear—lack of funding. Poonam Singh Rathod, one of the act­ors of Breathe, referenced Lollipop Lagelu while des­cribing the increasing influence of Bihari culture. The mention immediately drew disavowals from the others, who saw it as a symbol of ever­ything wrong with mainstream Bhojpuri cinema.

Plans are afoot to organise another film festival in Mumbai in September this year. But optimism about such cinema is tinged with caution. “While their individual efforts and online viewership are commendable, they still haven’t figured out a sustainable model,” says an industry expert. “The situation is bleak, but things might change with government support.” If nothing else, independent cinema might INS­pire better metaphors than lollipop, potato chop and ice cream.