No Beauty Or Aesthetics: How Expansivist 'Culture' Killed Dance

The old grammar of aesthetics boiled things down to their essence. Expansivist Hindu ‘Kultur’ killed that delicate dance. 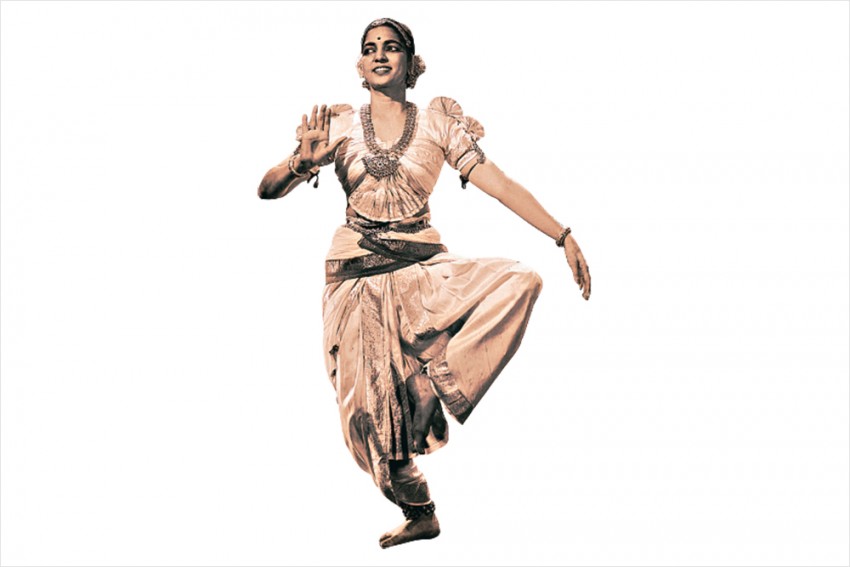 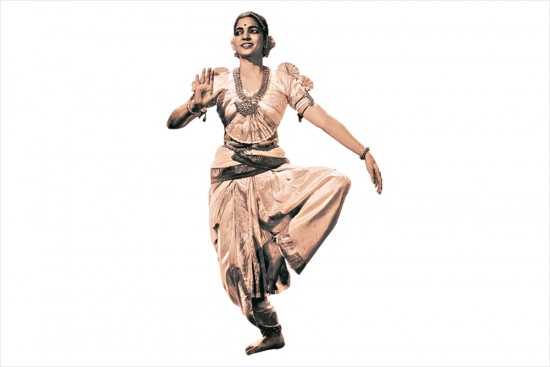 At the very outset, I would like to state that dance is not peripheral, but critically central to the construction of Indian nationalism. And the Devadasi, the temple dancer, also derogatorily remembered by some as the temple-prostitute, plays a very central role in this enterprise. The unexplainable paradox of the sacred/profane Devadasi put the Hindoos on the backfoot as they were categorically shamed by the British for harbouring such a “degenerate” belief system that mixed the sacral with the sexual. Therefore, her obliteration became imperative for India—a modern nation-­in-the-making—for two main reasons: a) because she was an unspeakable embarrassment within the frame of Victorian morality, and b) because her liminal status, that of being both/neither priestess and/or pleasure woman, could in no way be accommodated within the categorical schemata of ‘modernity’.

It is quite a coup, the way this rather “indelicate” issue was high-handedly resolved by Annie Besant, president of both the Theosophical Society as well as the Indian National Congress. In one sweeping statement in 1919, she proclaimed that the Devadasis were originally meant to be chaste and virgin—like the Catholic nuns—who now, having lost their chastity and fallen into a life of immorality had to forego their station in the temple. This marks the beginning-of-the-end of paradox in Indian thought and practice, and the onset of the Reformist-Nationalist movement which would foster the envisioning of a “perfectly glorious” past, and correspondingly, the (re)construction of a categorically-sacred dance practice, emblematic of an ima­gined “authenticity” that was eternally pure, morally chaste and glorious —not to mention, also profoundly self-congratulatory.

What ensued is history. While the anti-­nautch activists lobbied vociferously for the banishment of the Devadasi, Rukmini Devi Arundale, a protégé of Besant, in all sincerity, strove to save-the-baby-from-the-bathwater and founded Kalakshetra, within the precincts of the Theosophical Society, in 1935. Her primary aim being the preservation and dissemination of the lofty and sac­red part of the tradition of this holy land to its new middle classes, cleansed of any moral corr­uption. Severing the art from the centuries-long lived-histories of the Devadasis, she proceeded to align the dance to a long-lost golden age, and asserted the Natya­shastra (2nd-5th c AD) as its original and sole authority. Incidentally, the Natyashastra was rediscovered by the British in the mid-1800s. Thus, a profoundly evocative, tried and tested practice, finely distilled over generations, was reduced to the rules of a book or a manual; its poetic resonances overshadowed by middle-class moral correctness.

The destruction of the Devadasi’s subculture led to the domestication of her very fragile, exclusive art practice—the poetic efficacy of which, to my mind, rested squarely upon and flo­wed from the paradoxical histories of its liminal practitioners. Now, trusteeship devolved upon Kalakshetra, my alma mater, which is still seen as the primary institution of classical dance.

The 19th century saw India emerge as the spiritual capital of the world, and in time, the cleansed and moralised forms of temple dance (as well as yoga, for that matter) came to be viewed as its spiritual, embodied practices. To my mind, one of the gravest faults committed by the visionaries of modern India was the decision to flaunt culture as India’s USP.  Dance was quick to become a prime object of cultural exhibition. The fetishised female form, studiedly demure, seductive, yet innocent, became emblematic of exotic, mysterious and spiritual India. A highly nuanced art-practice, nurtured dialogically over centuries within the exclusivist intimacy of a salon, suddenly found itself within the harsh, projective and expansivist arena of the proscenium stage. Also, the fanfare of cultural exh­ibitionism always remained susceptible to cultural chauvinism—whether pan-Indian or acutely parochial.

Both reformists and parochialists bought into the West’s idea of ‘Culture’. Both share the sense of a ‘golden age’ and the urge to retrieve it.

As a young, modern nation, India not only bought into Victorian morality, but also into the Western definition of culture. We have to realise that to talk of culture and sanskriti in the same breath is to talk at cross-purposes. Yes, both do refer broadly to a civilisational project, but are paradigmatically ­opposed. Culture, in the West, stands categorically in opposition to nature. It implies the overpowering or taming of nature: an expansivist agenda that seeks to control and exploit nature for economic gain. Critically, that inc­ludes the proselytising outlook, both zealous and patronising, of civilising the uncultured heathen. Sanskriti, on the other hand, is reductionist by mode. It does not aim to overpower Prakriti, i.e. matter or nature, seen as unpredictable, pollutive, transgressive and expansive; or to further expand or exploit its mutative potencies. Rather, it seeks to stall and progressively involute its mutative cycle, striving to gradually percolate or reduce it to its principle latency, the mula, that is further irreducible.

Indian thought has been always preoccupied, if not obsessed, with this process of reduction. The ideal experience being that of absorption in that ultimate, irreducible, causeless principle, within which lies contained the infinite potency of all causation. The same way that Panini, the 4th century Sanskrit grammarian, reduces all speech to the phenome bhu.It is also for this reason that the evocation of rasa in dance or poetry hinges so critically on the experience of the sthai bhava—that constitutes the “permanent” or irreducible emotional condition of bhava. Therefore, the underlying drive of both Sanskrit and sanskriti is an ever-reducing economy, which works to counter the expansive nature of Prakriti, by progressively ­abbreviating and boiling down any form of expression to its latent degree of irreducibility. Therein also lies the contrast between the reductionist linguists of Sanskrit and the expansivist, mundane enterprise of Prakrit, the dialect-forms. The ever-reducing economy thus lies at the core of both the practice as well as the ethos of Sanskrit as well as sanskriti. And proselytising, the idea of spreading the “gospel” through public preaching, as Gandhi rightly points out, is not only foreign but grossly antithetical to both Sanskrit and Hindu sanskriti.

I go into this long-drawn exposition in order to talk of the current state of dance, seen as a prized emblem of Hindu sanskriti.  The thing to note is that we, and in this I include all sides and factions, i.e. the Left, the Right, the Liberal as well as the Extreme, have lock, stock and barrel bought into the Western idea of ‘culture’, expansivist, capitalist and evangelist by its very nature. Within this, we are trying to place, define and propagate our sanskriti. The irony, nay, the tragedy is that the minute we place an expression, a gesture, a poetic phrase, the very aspiration of which is self-erasure, within a self-agg­randising paradigm of cultural propagation, we not only gro­s­sly miss the point, we annihilate the very thing we seek to preserve. The delicacy of art or poetry cannot withstand the self-consciousness cultural propagation necessarily warrants!

I’m afraid to say the grand custodians of Indian culture, most of them self-appointed, may have succeeded to police the fabricated “idea” of Indian culture but failed to nurture sanskriti. In fact, they may be at the risk of running it dry. Grandstanding and beauty are mutually exclusive. The glib, smug, patronising self-righteousness we see rampant within the dancers of India (both classical and contemporary) is not incidental; it goes with this territory of such grandstanding The zeal of cultural retrieval—this grand nationalistic narrative that “once we were lost, but now we are found” —is killing the profoundly evocative reductionist truths of sanskriti. Both the earnest clarion calls of the plur­alists, as well as the shuddhi drive of the Hindu Mahasabha, equally share and subscribe to this vision of an imagined golden age and endorse the drive for its retrieval. What we need to be wary of is that this impulse of retrieval and expansion of a lost (or stolen) golden age, which so many of us have participated in wholeheartedly, is in essence a form of soft fundamentalism!

While the pluralists have historically trumped culture as the USP and subscribed to cultural exhibitionism, the parochialists have used culture as a frozen piece of kitsch calendar art to enforce religious/caste hegemony. The former at least betrays a naivete and earnestness that has an innocent charm to it, no matter how ‘cosmetic’, as Chandr­alekha famously pointed out. Their synchronist vision of this Ganga-Jamuna culture has a beauty that is inherent and symptomatic of ‘openness’. But the majoritarian use of cult­ure by the latter, which projects a spectacle of sangathan through, say, dance jamborees in stadiums, is revelatory of a scheming communal arithmetic that leaves in its wake a hollowed sanskriti without redemption—it does not remotely ­entertain the reductionist criteria of resonance, absorption, beauty or aesthetics. It only fosters an unbearable sub-mediocrity, conflating sanskriti with stridency, reducing it to a slogan.

For a very long time now, when I am forced to watch dance—which I seldom do these days—I actually see no space for aesthetic experience, leave alone the promise of transformation. I don’t see the dancers somatically engaged with their own bodies, the body is actually absent! All they are doing is projecting an idea. And frankly, for such a variety of dance, they do not need the body at all, a placard saying “Mera Bharat Mahan” would suffice!

Navtej Singh Johar -  An exponent of Bharatanatyam and choreographer, he is an alumnus of Kalakshetra

A Touch Of Eros