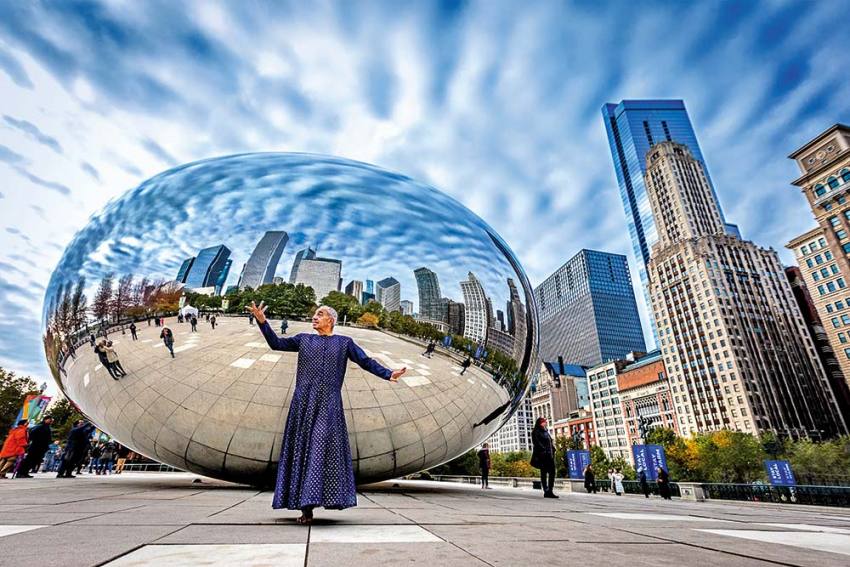 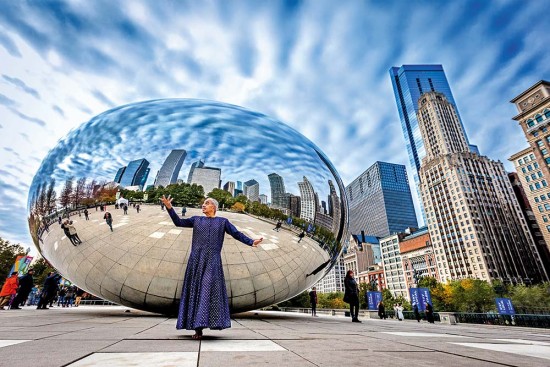 He recently completed 50 momentous years of performing on stage, but for Astad Deboo, it may well have been just another day at work. Born in 1947, this prolific dancer and choreographer has spent decades exploring freedoms of a different kind. At 72, he continues to dance with the energy of a young man and inspires his peers, students and fans.

His early life as a small-town boy from Jamshedpur, his ride to foreign shores on a cargo ship, his ground-­breaking collaborations with artistes like Pink Floyd and training under Pina Bausch are the stuff of legend, and yet he ­remains rooted in the now. Constantly pushing the boundaries of performing arts, he has created new ­vocabularies of movement. In fact, it would not be an ­exaggeration to say that Astad Deboo is synonymous with contemporary Indian dance. In a conversation with Urmi Chanda-Vaz, Astad Deboo talks about his work, sexism in the performing arts, and walking on more than his share of less-trodden paths.

You are known for your ­extensive work with deaf children, which has been a beacon of hope and inclusion for the disabled community. But there aren’t too many like you. Art (at least the ‘elite’ kind) continues to be the preserve of a privileged few. What other kinds of marginalisation do you see in the realm of performing arts? What must artistes and teachers do better to be more inclusive?

“Even though I come from a small town and started dancing there, I was never made to feel like I was doing anything ‘not meant for men’.”

It really is an individual ­artiste’s choice. There are many artistes who undertake workshops or perform shows with these marginalised and underprivileged communities, but those often tend to be done for reasons of publicity. Of course, there are others who are doing great and consistent work, such as Priti Patel, who works with people suffering from cerebral palsy or Hrishikesh Pawar, whose work with people afflicted by Parkinson’s disease is ­notable. But generally speaking, these ­endeavours are one-off things.

My work with deaf children at The Action Players in Calcutta, The Clarke School for the Deaf in Chennai, and recently, the Stephen High School for the Deaf and Aphasic in Mumbai has been spread over 32 years. I’ve also worked with street children of the Salaam Baalak Trust in New Delhi. But the thing is I don’t even see these children as disabled or ­underprivileged. To me, they are catalysts who push me to learn to communicate and choreograph in new ways. It also gives them the confidence and you might say, changes their life. To the younger generation of artistes and teachers, I would say that if you’re ­inclined to do this, it will take time and commitment, but it can be done and it is rewarding in its own way. 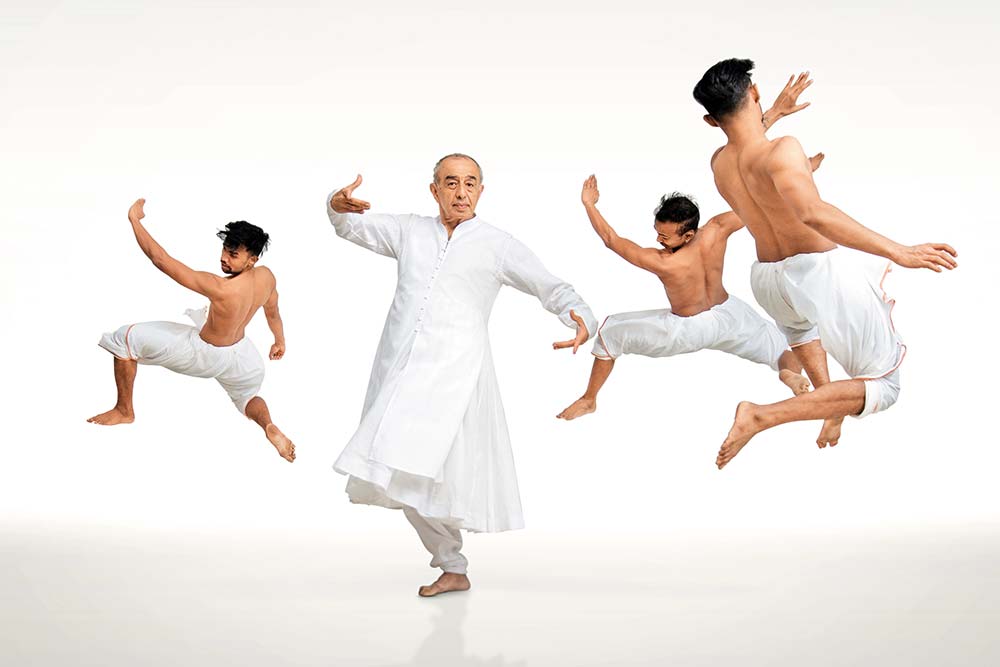 A still from Unbroken Unbound.

You’ve been decorated with some of the nation’s top honours, including the Padma Shri and have your life’s excellent work to show for it. But what do you feel of artistes who choose to ­return government rewards and recognition when their ethics clash with politics? Where do you draw the line (if at all) between the personal and the political?

Again, I would say, one must respect the personal wishes of the artistes in question. One may express dissent in different ways. In case of ­returning awards, sometimes the government that has conferred the award on you is different from the one you are speaking against. I wonder how much sense that makes. That the award allocation system itself is ­dubious is another matter.

I personally feel that I am a small cog in a huge wheel. Yes, I see the many injustices happening under this government, but I would rather make a statement through my art. For example, my ­show on Mahatma Gandhi called Unbroken Unbound (2019) will hopefully remind my audience of the once-cherished ideals of the great man that made us a great nation. 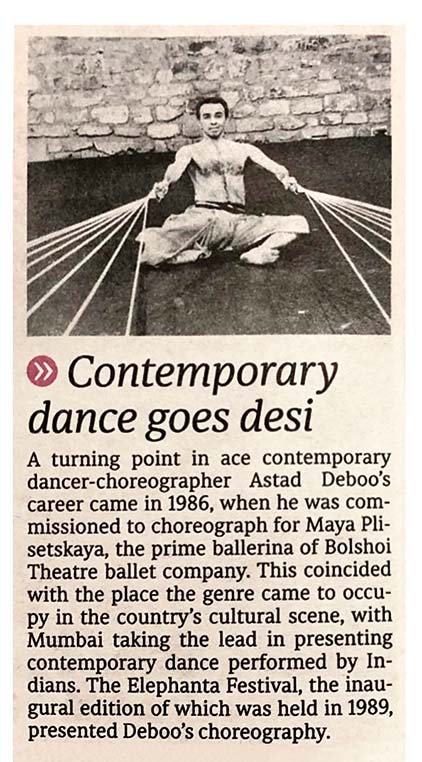 In India, the dance world still struggles with sexism and ­patriarchy. A man who dances would still be called effeminate by many. How easy or hard has been your personal journey in this regard?

“Dissent can be expressed in many ways. I see injustices happening under this government, but I prefer to speak through my art.”

I have been fortunate in this regard. Even though I come from a small town and started dancing there, I was never made to feel like I was doing anything that was ‘not meant for men’. And those formative years are most important for any ­professional dancer—they ­determine how they see themselves.

There may have been prejudices a few years ago, but I do not think this gender stereotype holds today. Today, there are various dance forms such as hip-hop and contemporary that draw large numbers of men. However, one has to wait and see if this is just a passing fad or has the potential for longevity. 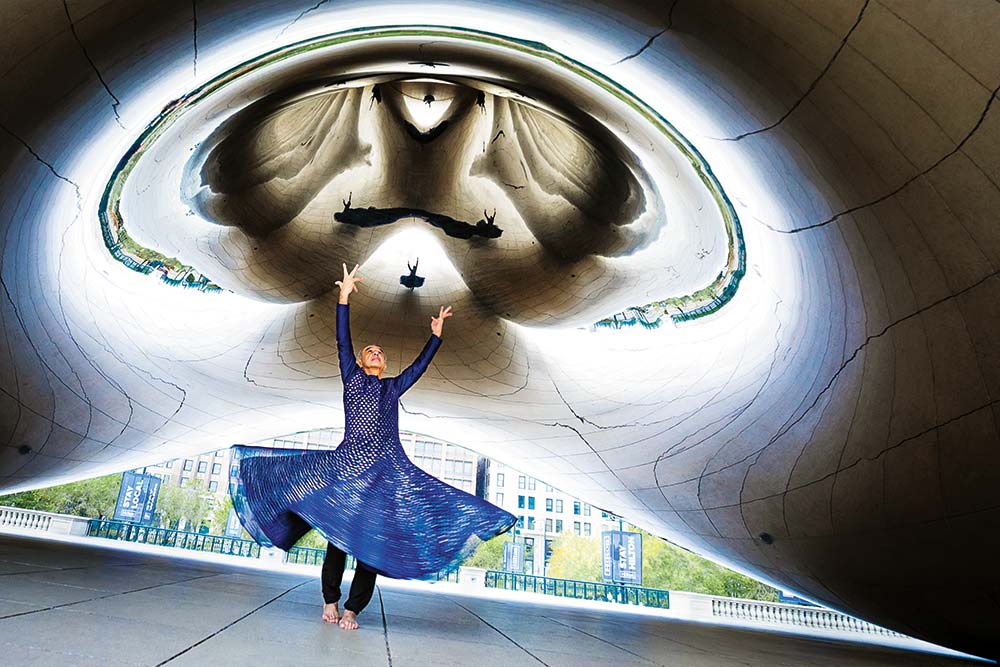 If you throw in the matter of the LGBTQ community in the mix, things become still more complicated. The ­biases and challenges they face are numerous. What advice would you offer to the next generation of ­artistes from these communities who face these issues on an everyday basis?

“The LGBTQ community does not face any considerable discrimination in the field of dance. Gender and sexuality aside, true talent finds its way.”

I do not think the LGBTQ community faces any considerable discri­mi­nation in the field of dance. Take for instance, the case of Chen­nai-based trans­gender Bha­ratanat­yam artiste, Narthaki Nataraj, who won the Padma Shri. Gender and sexuality aside, there has to be talent. True talent finds its way.

What about ageism? How do you think Indian society fares when it comes to older people wanting to learn or perform?

See, it’s not just about the numerical age. There are physical limitations to starting dance at an ­advanced age. The body has to be trained in agility from a young age. Then there is the matter of aesthetics. Presenters and audiences want to see certain kinds of bodies on stage. Those public expectations and consequent commercial considerations must be met. 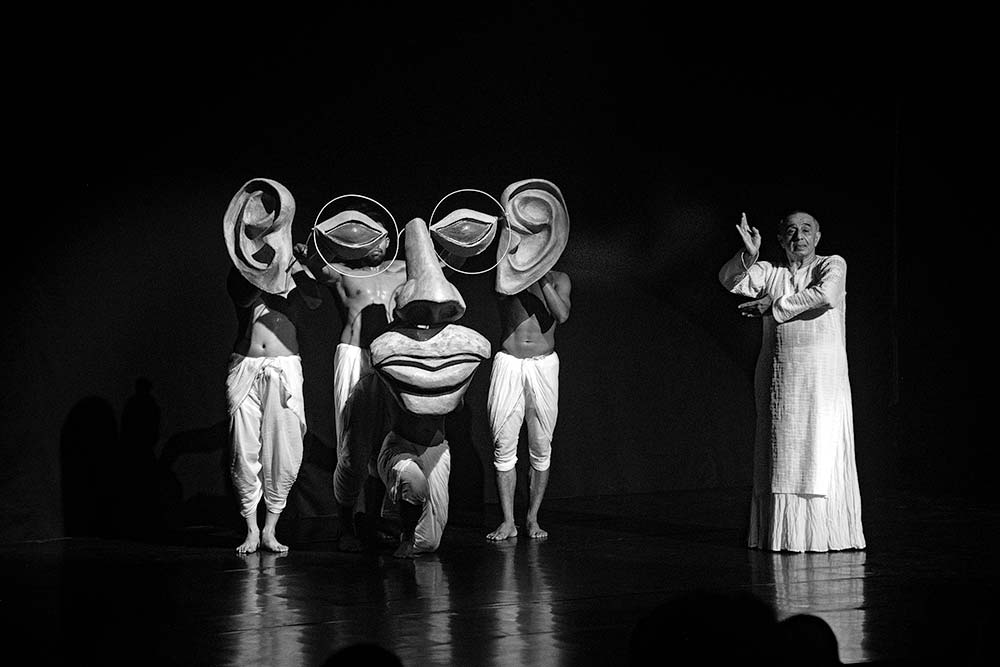 Unroken Unbound is a performance based on Gandhi.

But in the end, age limits are social constructs. Like the retirement age set at 60. A 60-year-old may yet have a lot to achieve in life. If we, as a society, ease those constructs, the issues around them will also dissolve.