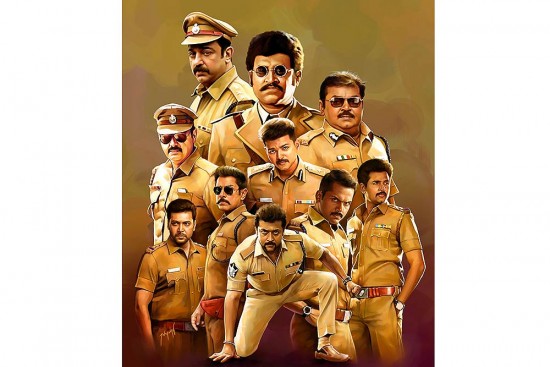 “Naan police Illada, porukki,” (I am not a policeman, but a thug). Those bold words spoken defiantly by actor Vikram keep resonating as he portrays DCP Aarusaamy in the Tamil blockbuster Saamy. Following a tradition established by Clint Eastwood’s Harry Callahan in the Dirty Harry (1971-88) movies, the hero lives up to his own description, adopting various underhand methods to bring down the criminal-political empire of the villain Perumal Pichai.

The 2003 movie was the first of the five police-as-hero movies that director Hari became famous for. Later, his three movies under the Singam title had actor Surya play Duraisingam, the marauding cop, inspiring a Hindi rem­ake with Ajay Devgn in the lead.