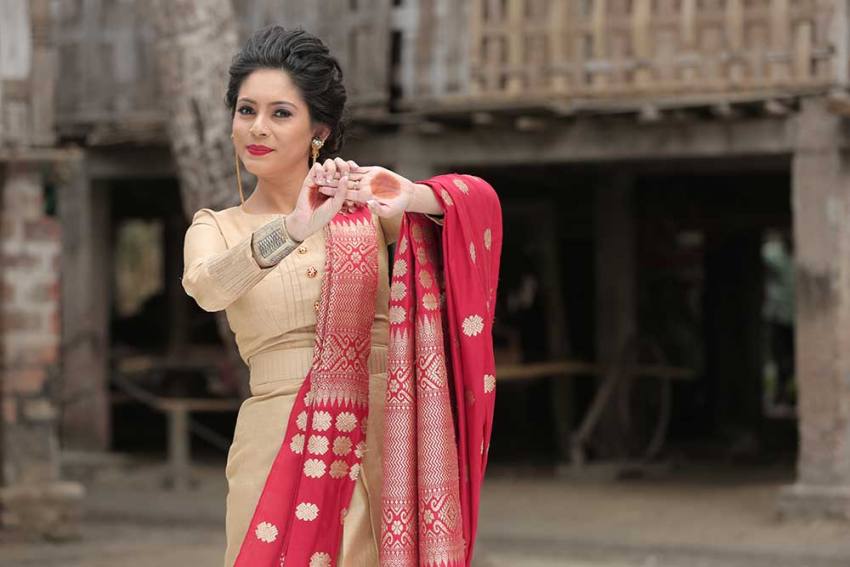 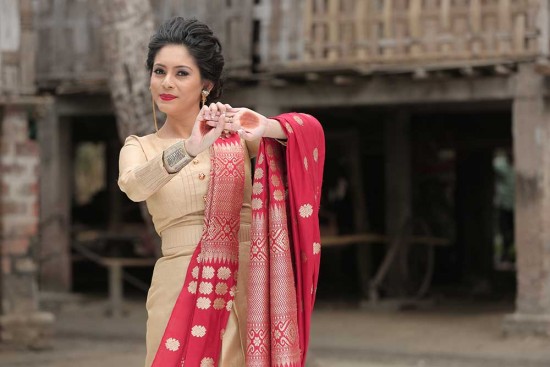 When it comes to Assamese jewellery, the miniature djembe-like Kerumoni Thuriya ear studs are worth their weight in gold—often passed down generations. Mother to daughter, grandmother to grandchild. Much like Bihu, as much an ear candy as the seductive dance we are so familiar with. Lend a mellisonant voice to that folksy mix, blend those upbeat melodies and catchy tune into a title track, you can’t get singer Abhishruti Bezbaruah’s new Bihu release out of your head. Yes, it’s Kerumoni Thuriya, the latest from the award-winning sound designer whose previous tracks Roi Roi Roti, Tok Dekhi Mor Gaa and Kordoi Sokola were hits across Assam. Lachmi Deb Roy catches up with the rising star…

On A Musical Note

I grew up around music in my family (her great-grandfather was Lakshminath Bezbaruah, a legend of Assamese literature). I am a trained Hindustani classical musician, and also studied music production and sound designing. My songs like Roi Roi Roti have given the audience a new taste of folk fusion. Kerumoni Thuriya has been warmly received, even though I released it in the middle of a countrywide lockdown. 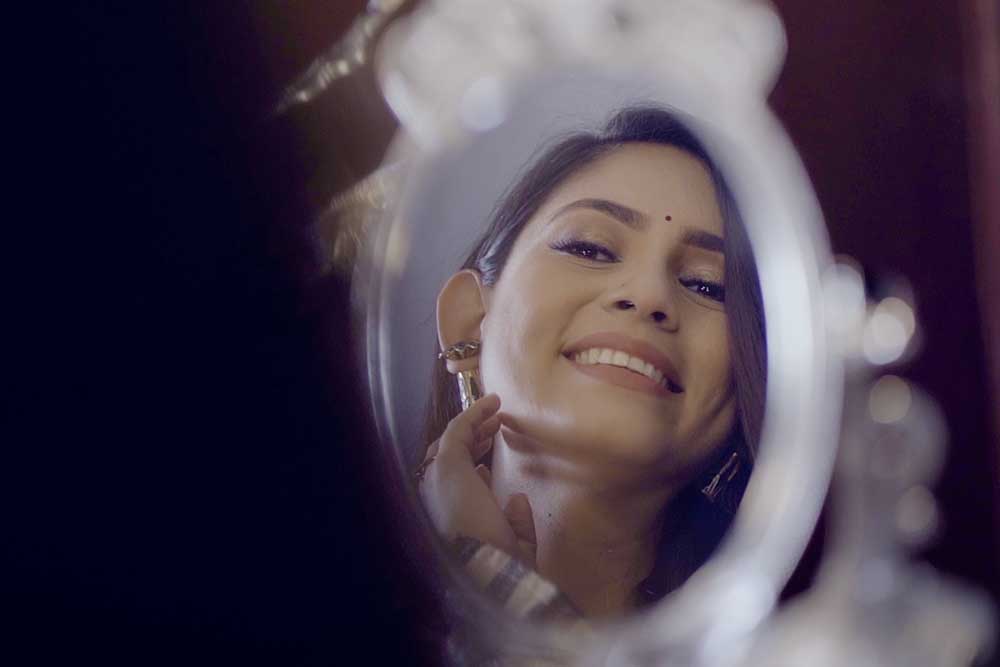 I’m loving it…spending time with my family, watching movies together, connecting with my well-wishers, composing music. I released Kerumoni Thuriya to bring happiness in this anxious time. That required a lot of work from home. The best part about staying at home is that I am reconnecting with nature. The birds chirping, the wind, the night crickets… recording all these lovely sounds.

I love Indian cinema, and the process of filmmaking. I have worked with Resul Pookutty, Nakul Kamte, Amrit Pritam in Bollywood/Hollywood films such as Ra.One, Highway, English Vinglish, The Second Best Exotic Marigold Hotel, Partition 1947 to name a few. In film school, we watched a whole bunch of world cinema. Casablanca, Bicycle Thieves, The Shining, Theo Angelopoulos’s Landscape in the Mist…these have stayed with me for their storytelling, scripts and cinematography.

I watched Parasite, Contagion and a few more based on pandemics. Then I realised these were consuming me, so I switched them off. I loved watching The Spy and am catching up on the last season of Suits.