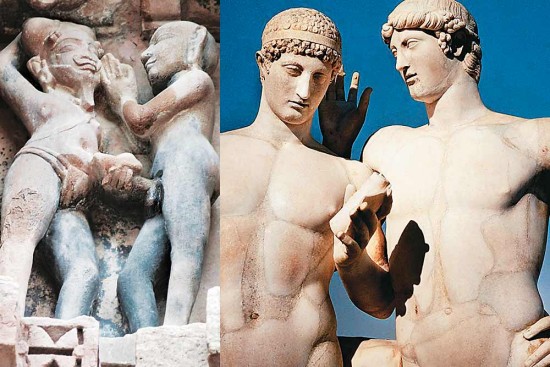 “Only sex and Shahrukh Khan sell in India” is what actress Neha Dhupia had famously said 15 years ago and repeated 10 years later. Khan has since struggled to retain his Shah-like regality, but sex shows no sign of abdicating its pink velvet throne. Not the bashful bird-and-bees type you knew from old Bollywood narratives. Rather less covert or allegorical, quite a bit more denotative than connotative, and—pardon the phrase—very in-your-face. Multiplexes have been shut for months, and frankly, smut is grabbing more eyeballs than any tinsel supernova. Indeed, the word ‘smut’ still carries a tinge of the guilt-laced old world. ‘Porn’, on the other hand, is shedding a lot of its value-loaded infamy as it emerges, unquestionably, as the mother of all ­bestsellers. Or, as many among those who take India all the way to the Olympic podium in ­viewership rankings and au fait with the ­vocabulary may choose to rephrase that…MILF.

Something is indeed cooking on the Indian tawa. What are the ­ingredients that have gone into it, lightly sautéed or deep-fried? First of all, of course, the digital boom. The medium is the message. Take the proliferation of old-style websites, new streaming platforms and apps, with even Instagram and Twitter mediating a million quickies with this new thing called OTT. Two, the content itself is strikingly unabashed. Play­ing on a screen near you—size does not matter!—are scenes of frank, open sex. Straight, non-straight, you name it. The fruits of this booming industry are a phalanx of indigenous porn stars, badass enough to be making whoopee with their co-actors in front of the ­camera without a second thought.