Home  »  Magazine  »  Arts & Entertainment  » Interviews  » Fresh Wave »  Money Is Important, But I Will Continue To Make Films, Regardless Of Funding: Nitin Chandra

Money Is Important, But I Will Continue To Make Films, Regardless Of Funding: Nitin Chandra 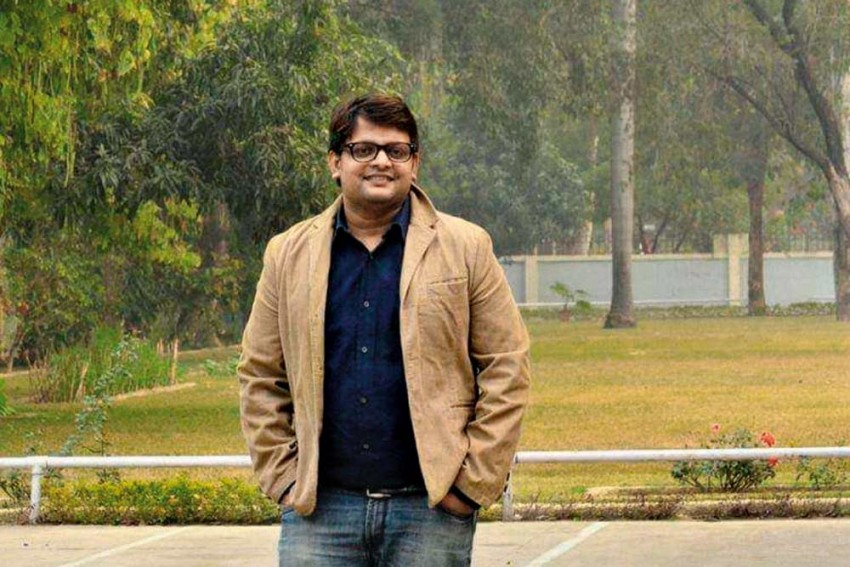 Syed Saad Ahmed June 13, 2019 00:00 IST Money Is Important, But I Will Continue To Make Films, Regardless Of Funding: Nitin Chandra 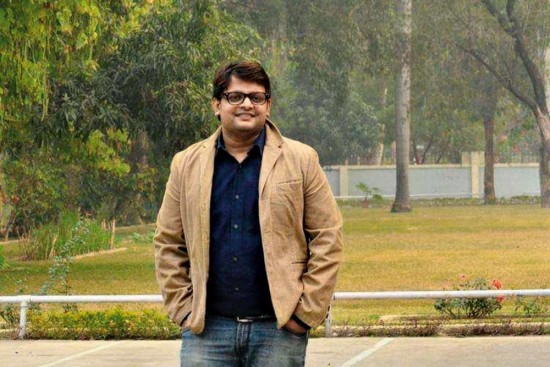 Nitin Chandra, Bihari indie cinema’s most well-known exponent and practitioner, made Deswa (2011), the first Bhojpuri film to be selected for the International Film Festival of India and Mithila Makhaan, which won a National Award in 2016. In an interview with Outlook, he discusses the challenges and prospects of independent filmmaking.

On my mother’s side of the family, there are many artists, writers and musicians and I guess that’s why I have been artistically inclined since childhood. I was strongly influenced by the nostalgia I felt after moving out of Bihar and the indifference, discrimination and hatred Bihari migrants experience across the country. I had so many stories to tell and there was no representation of these narratives on celluloid. So I switched from studying media research to films at University of Pune and then began assisting directors in Mumbai.

What are the Bhojpuri / Maithili films you like or have been influenced by?

There are hardly any Maithili films. I like some of the early Bhojpuri films, such as Ganga Maiya Tohe Piyari Chadhaibo, Lagi Nahin Chhoote Rama, Dangal and Bidesiya. But in the last 20-25 years, everything the industry produced is crass.

You have often spoken up against vulgarity in mainstream Bhojpuri cinema. Why do you think it embraces vulgarity?

Bhojpuri cinema is not cinema. It is a device to titillate the poor and rob them off their sensitivity and money.

But don’t you think such cinema also fulfills a need of the public and helps migrant Biharis connect to their homeland?

What purpose does pornography serve? Titillation and sexual relief. So yes, Bhojpuri cinema serves that need. But in terms of sensitising people about issues that Biharis face, such as emigration, the films are of no use. There are folk artists like Bhikhari Thakur who sensitively discussed these issues. As for the people who watch these films, they do not really comprise an audience—they are poor victims whom rich producers are exploiting for profits. Audiences should be inclusive. Both a rickshaw wala and a middle-class family should ideally be able to watch a film together.

In an earlier interview you had said that Biharis have the least sense of ownership towards their state. Do you see things changing now?

There are minor changes. We have started marketing our heritage and are basking in a false sense of pride, but the ground reality is the same. People talk about the glories of Ashoka, Gupta Dynasty and Nalanda University, but what about the present reality? Nobody wants to study in Bihar, both blue- and white-collar workers have to emigrate for employment. A sense of ownership also comes from art, culture and language. All of these are in a state of decline in contemporary Bihar.

You recently said that Anurag Kashyap and Prakash Jha can save Bhojpuri films.

Prakash Jha is one of the reasons for sleaze being widespread in Bhojpuri films. Despite being from Bihar and speaking Bhojpuri, he has done nothing for its cinema. If he doesn’t want to put in his money, at least he could have tweeted in support of indie directors from Bihar or against sleaze makers. Instead, he’s opened a mall in Patna. Is he a real estate guy or a filmmaker?

There are many small-scale and independent filmmakers from Bihar on YouTube and I count myself among them. While some of the films are good, those will not do much to revive Bhojpuri cinema. The problem is much larger than cinema. Tell me one good thing about Bihar today. The economy, monuments, law and order, roads—everything is in a terrible shape. Bhojpuri is not taught in schools and middle-class families do not converse in it. It took me three years to get Radio Mirchi in Patna to agree to playing Bhojpuri songs. When most things in Bihar are in such an abject state, no matter how many films you make, cinema will also languish.

Many say that there is an audience for independent films from Bihar, but it is hard to reach out to them. How do you think filmmakers can better connect with the audience?

Money. You need money at every stage of film production. I make a music video for a few lakhs, but many big productions houses spend a couple of crores to advertise on YouTube and other platforms. I need Rs 40 lakh to release Mithila Makhaan, but I’m unable to source that sum. Nobody wants to take the risk even though my YouTube channel has a huge subscriber base in around 13 countries and over 10 million views.

Have you tried partnering with video streaming portals?

Netflix, Prime, Hotstar, Alt Balaji… I’ve been to all of them, but none agreed to stream my film. They have Assamese, Punjabi and Marathi films, but they don’t want Bhojpuri films because they dismiss it as the language of rickshaw walas.

How do you usually approach funding for your films?

There is no single method as such. I owe a lot to my sister, (the actor) Neetu Chandra. Without her backing, I would not have been able to make films. If I am the frying pan, she is the fire. I often take up video projects and use that income to fund films. I get around Rs 8,000 a month from YouTube. Since I am unmarried and do not have children, my expenses are low. I could make Mithila Makhaan thanks to Sameer Kumar, who funded most of the film. He is not a producer, but has contacts. In 2008, I made a documentary film Bring Back Bihar. I was the moderator of an Orkut group called The Bihari and asked members to contribute to the making of the film. Later, I started Cooperative Film Movement to crowdfund my movies. It got some traction, but is now defunct.

Of course, sometimes I just don’t get funding. I have an idea for a Bhojpuri children’s film that Sanjay Mishra and Pankaj Tripathi have agreed to act in, but for the past year and a half, I haven’t been able to raise even Rs 1 crore for it. However, regardless of the circumstances, I will continue making films. I am presently working on a short horror film in Maithili.

You started a fundraiser on Ketto for your Chatth video. Do you think the online crowdfunding route is a sustainable model for independent cinema?

While I did manage to raise a couple of lakhs for a Chhath music video, it did not cover all the production costs. Crowdfunding can’t be a sustainable model as people will eventually get jaded. If I keep asking for donations for every video I make, I will be known as Nitin ‘chanda’ instead of Nitin Chandra.

Filmmakers can crowdfund, but rather than starting a public campaign, I believe it’s better to rely on personal appeals. For my projects, I send messages to my 3,000 or so friends on Facebook. Of those, 60-70 respond and send an average of Rs 1000. I am usually able to collect up to a lakh through this method. The rest Neetu and I shell out from our pockets. At the end of the day, you have to put in your own money too.

Time To Make In Indie, Babua!