‘I Try To Bring Theme And Characters Alive’

Cinematographer, director and producer Shyju Khalid is among the pivots swinging a new wave in Malayalam cinema. He tells Sreedhar Pillai what goes behind the lens, technically and cerebrally. 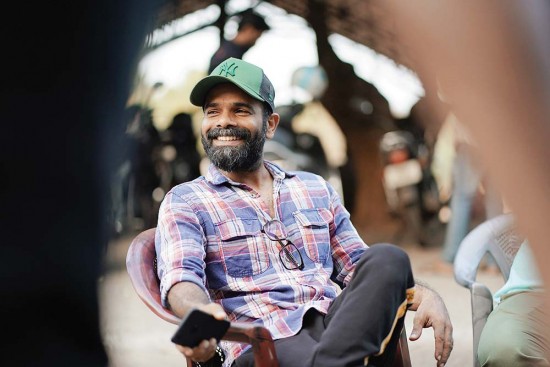 Cinematographer, director and producer Shyju Khalid is among the pivots swinging a new wave in Malayalam cinema. The 44-year-old was largely responsible for giving actor Fahadh Faasil the “raw common man look” in Maheshinte Prathikaaram, Kumbalangi Nights and Joji. His camerawork in Ee.Ma.Yau, Sudani From Nigeria, Anjam Pathiraa and Nayattu has been ­appreciated and noticed widely, so much so that ­offers from the Hindi film industry are pouring in. He tells Sreedhar Pillai what goes behind the lens, technically and cerebrally.

The new age Malayalam cinema, with its realistic characters and ­relatable storyline, has struck a chord with theatre and OTT ­audiences across the globe.

I’m happy that I could do 16 Malayalam films in the past 10 years since I started, and most of them got critical acclaim and were hits. The new age and the internet are full of visuals and today’s audience will lap up good content. My camera will ­always try to convey the film’s theme and bring alive the characters in a realistic manner.

You seem to have a knack for picking perfect scripts and working with the right people like Dileesh Pothan, Shyam Pushkaran and Martin Prakkat. How do you choose your films?

I do films that attract me. The script should have that emotional connect and the director an understanding of the milieu. The characters must be relatable to the viewers and should work with them. Let us take my last two films...