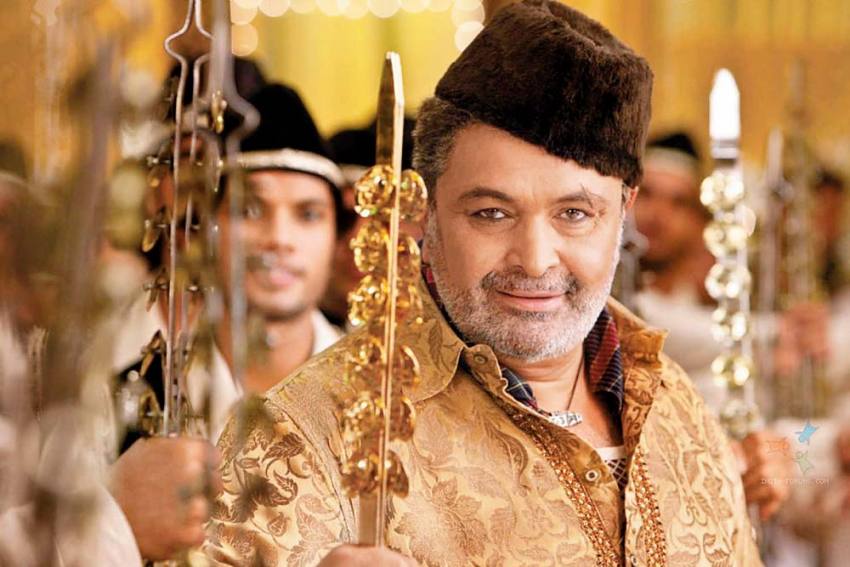 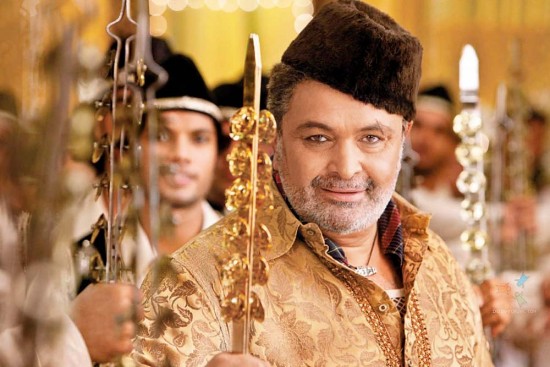 Manmohan Desai, Bollywood’s prolific hit machine of the seventies, had his own yardstick of measuring the success of a movie. “If I see a group of burqa-clad women watching a new film, I take it as a sure-shot indicator of a blockbuster in the making,” the film maker, known for such mega hits as Amar Akbar Anthony (1977) and Naseeb (1981), once famously said. His remark does underline the community’s contribution as an audience towards commercial success of a film but, more importantly, it reinforces the Muslim stereotype that the dream merchants of Hindi cinema have per­petuated onscreen for decades. And the fact remains that Bollywood has remained majoritarian in its outlook despite riding on the success of stars from the minority community.

One certain Yusuf Khan had to assume a Hindu name to be acceptable to the majority community. It is debatable whether Dilip Kumar would have been as successful without pandering to maj­oritarian sensibilities. Or a Begum Mumtaz Jehan Dehlavi become as fam­ous if she had not turned Madhubala. And it’s even harder to find Muslim protagonists in Bollywood films—outside the realm of Muslim socials and quasi-historical dramas such as Mughal-e-Azam (1960) or Mere Mehboob (1963)—in its 107-year-old history. At best, they have been relegated to secondary roles characterised by multiple stereotypes. Whether as a good Samaritan or a terrorist on a mission to blow up a city, such characters have invariably had distinct traits to accentuate their Muslim identity: someone, for example, with a beard and kohl-rimmed eyes or wearing a Pathan suit and a skull cap, all in conformity with their fixed screen image. Even in films like Coolie (1983) and Amar Akbar Anthony, the Muslim characters played by leading stars such as Amitabh Bachchan and Rishi Kapoor were hardly free from such stereotypes. 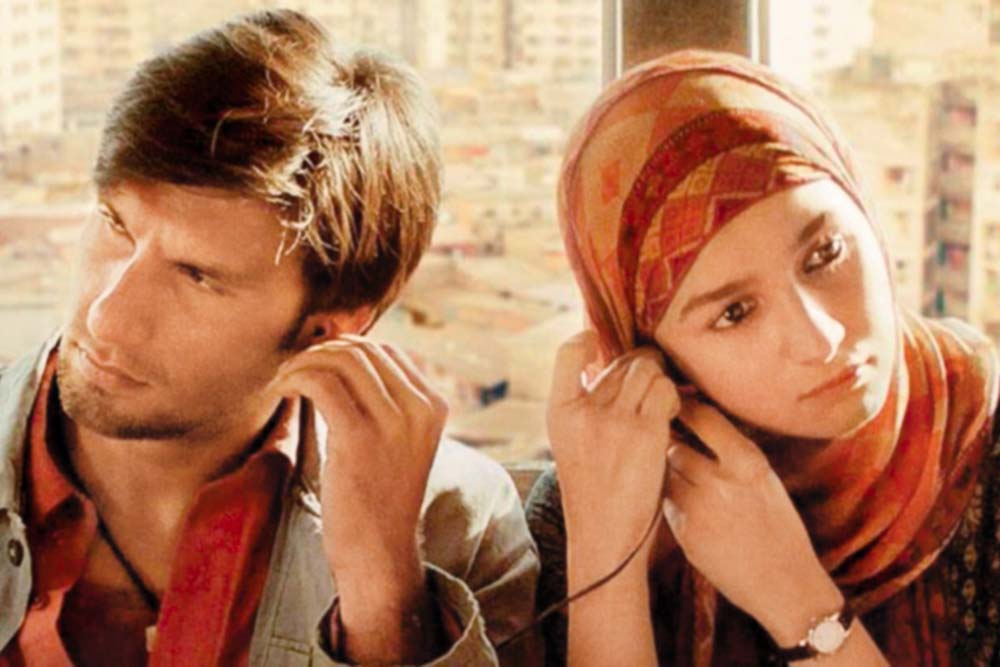 But has the world’s largest film industry, which has always patted itself for being avowedly secular, finally begun to take a fresh look at the Muslim protagonists in the new millennium? Are new-age film makers and screenwriters trying consciously to steer clear of the preconceived notions about Muslim characters and rise above Islamophobia, which has been part of their narrative for many years, by creating real-life characters from the community sans the usual tropes and stereotypes?

A movie like Gully Boy, which was India’s official entry in the best foreign film category in the 2019 Oscars, has raised a glimmer of hope. Zoya Akhtar’s widely-acclaimed directorial venture, portrays a Muslim hero, Murad played by Ranveer Singh, who does not have to wear his religious beliefs on his sleeves. As a wannabe hip-hop star, he is as aspirational as any other youth from any community and is in sync with the changing times.

Gully Boy is, in fact, the latest among many releases in recent years that took a departure from the conventional portrayal of Muslim characters. Shah Rukh Khan’s Chak De! India and My Name is Khan, Salman Khan’s Sultan, Aamir Khan’s Dhoom 3 and Secret Superstar, Anubhav Sinha’s Mulk, Prakash Jha’s Lipstick Under My Burkha and Yash Raj Films’ War are among a few movies that sought to portray the Muslim characters in a different light. Though all of them were not entirely free from the stereotypes, it underscored the gradual change in the perception Bollywood has traditionally had about such characters. 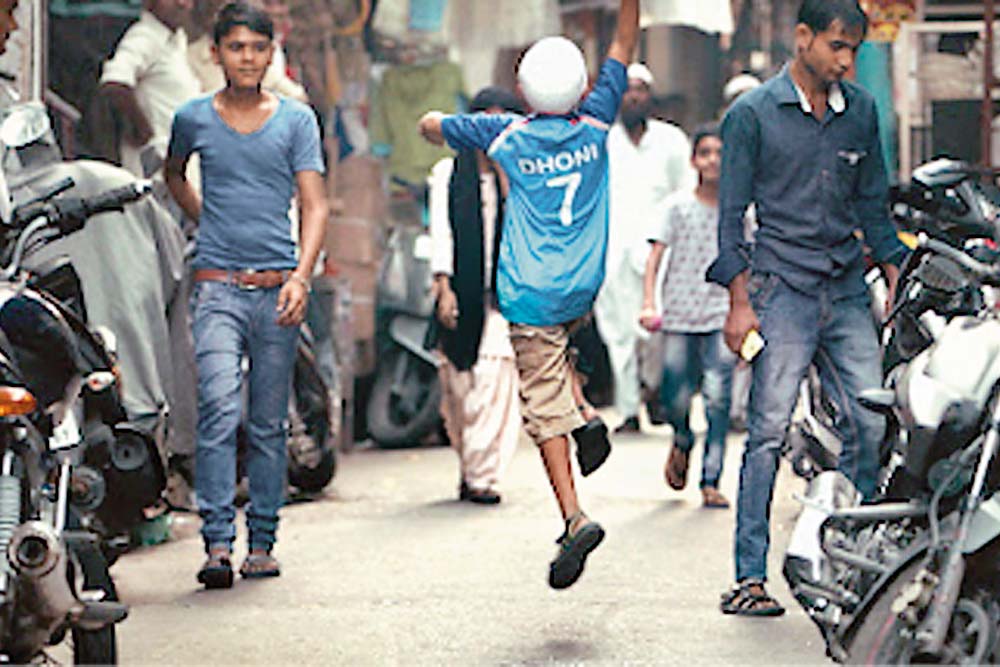 The ending scene of Mulk.

Ali Abbas Zafar, director of Salman Khan’s two biggest hits, Sultan and Tiger Zinda Hai , says that cinema only reflects the sensibilities of its times. “The stereotypical portrayal of Muslim characters today is different from the movies made 30 or 50 years ago simply because the sensibilities of the audiences have changed now,” he says. Zafar states that when he was writing the story of Sultan, he was not writing about a character from a particular religion. “It was the story of the struggle of an average Hindustani. It did not matter which religion he came from. “In lead roles, SRK and Aamir Khan have played Muslim characters which were not stereotyped. It is not necessary for all Muslim characters to wear a skull cap or offer namaaz onscreen. Every character should not be treated through the prism of religion.”

Veteran screenwriter Javed Siddiqi adm­its that Muslim characters in lead roles have been few and far between but there has been no dearth of strong characters, such as the one played by Pran in Zanjeer (1973). “Such characters were shown by film makers primarily to und­erline the fact that there is no divide in our society,” says Siddiqi, who has more than 90 movies, including Shatranj Ke Khiladi, Umrao Jaan and Dilwale Dulhania Le Jayenge to his credit.

According to Siddiqi, after the attempts to create a wall of differences between the communities in 1947, the film makers in the post-Independence era made successful attempts to depict communal harmony in society through such characters. “In Sholay, for instance, A. K. Hangal plays the character of a blind moulvi   but the way the villagers, mostly Hindus, respond to the killing of his son highlights a truly secular society,” he adds. Siddiqi says it is heartening to know that the film industry has not yet been polarised on communal lines des­pite the brazen attempts to split society on communal lines. “May be one of the reasons behind it is that cinema is primarily a business product. When it comes to signing an actor or a technician, film makers don’t look at their religion and strictly go by what suits their business interests,” he adds. He, however, says that despite political pressure and other attempts to change the secular character of the movie industry, most film makers try to show the secular face of Indian Muslims through their characters in their work. “Our aud­iences will reject anything which they don’t like and no studio, howsoever big, can afford the rejection of the audience.”

Many Bollywood watchers believe that the dearth of Muslim protagonists  in Hindi cinema has nothing to do with rel­igious reasons. “It has happened simply because of the commercial factors,” says film writer Ghalib Asad Bhopali.  Son of legendary lyricist Asad Bhopali, Ghalib points out that film makers have generally chosen to depict a hero from the maj­ority community because it has served their commercial purposes well. “Since the audiences mostly consist of Hindus, it has made sense for them to choose the hero from the majority community. It is pure economics and has nothing to do with any religion.”

Film critic Murtaza Ali Khan believes the scenario appears to be changing with contemporary film makers trying hard to break free from conventions. “What’s ref­reshing to see is that for a lot of these new-age Muslim characters their Indian identity overrides their religious identity,” he says. Also, he points out that it is not as though the big stars have deliberately not chosen to play Muslim heroes onscreen. “The fact is there have not been many choices available. In the 1990s, the focus shifted from the villages to the diaspora and the upper middle-class, which made it a little more difficult to have Muslim protagonists in the lead.” he says. “But lately, there has been a shift tow­ards the Hindi heartland. And, as a res­ult, we have seen pivotal Muslim characters in films like Gangs of Wasseypur, Ishqiya and Dedh Ishqiya among others.”

They Need No Saviours, They Are the Saviours: What the Resolute, Unafraid Presence of Muslim Women Tells Us