With an eye on digital platforms, a new breed of intrepid directors is travelling the extra mile to make movies in diverse languages of the country 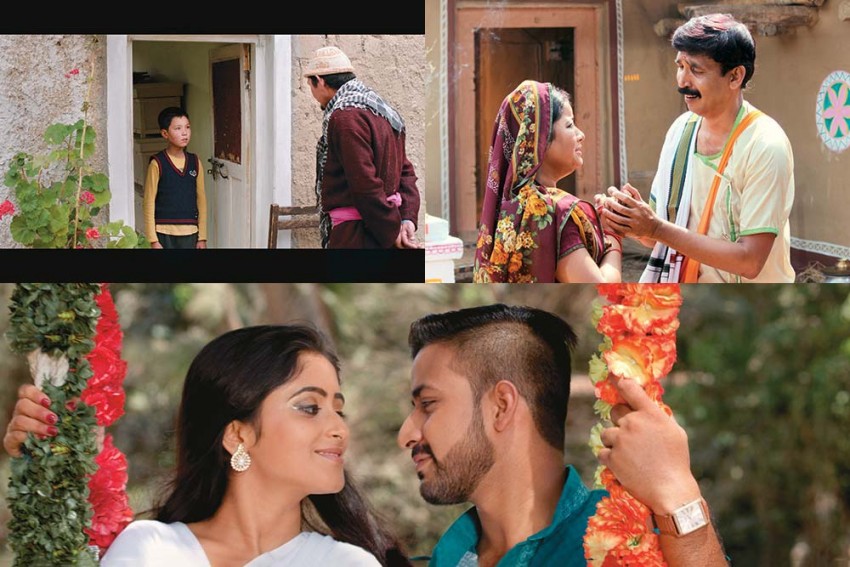 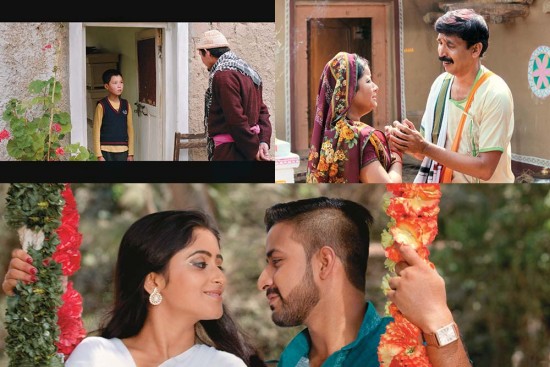 Rupak Sharar remains undeterred des­pite facing a setback late last year. Premak Basaat, his maiden directorial venture in Maithili, may not have set the cash boxes clinking, but he is not demoralised to give up his mission for reviving cinema of his mother tongue. The filmmaker has since been taking his movie to different cities, from Guwahati to Bangalore, organising screenings for people interested in watching his labour of love—the first Maithili film in a long time.

What is it that drives someone like Sharar to make a movie in a language which has never had a flourishing film industry of its own and currently offers zilch by way of commercial returns? Unbridled passion to tell stories in one’s own language, one might say. “Wherever I screen my film, I reassure the audiences that I will not take rest until I help Maithili cinema stand on its feet,” Sharar tells Outlook. “All I need is support of Maithili-speaking people.”

The 43-year-old auteur sounds confident about a turnaround in the fortunes of Maithili cinema. But facts speak otherwise. Cinema in Maithili, a language listed in the Eighth Schedule of the Constitution and spoken by more than 1.35 crore people as per 2011 census (excluding Nepal where it is the second official language), has not really taken roots despite its inception in the early 1960s. Even a National Award conferred on actress-producer Neetu Chandra’s Mithila Makhaan in 2016 failed to resurrect the industry. The film directed by her brother Nitin Chandra, and shot entirely in Mithilanchal of Bihar, is still awaiting release. That pretty much sums up the state of Maithili cinema.

And yet, a band of passionate filmmakers is going where most others fear to tread. Premak Basaat, touted as the costliest-ever Maithili film, was produced by Vedant Jha, a Mumbai-based textiles trader. “I had cautioned my producer that financing a Maithili film would be a gamble and he should be ready to lose money,” says Sharar. “But he gave me the go-ahead.” In an era when it is difficult even for small-budget Hindi movies to get screens at multiplexes, every reg­ional film-maker is not lucky to find a generous investor. Mithilesh Singh, for one, had to rely on crowd-funding to produce Devan Misir in Magahi, a language spoken by over 1.27 crore people, primarily from Bihar. The first Magahi film since 1965 to hit the screens, Devan Misir was publicised as “jugan baad pahli baar” (first time after ages).

Mithilesh tells Outlook that Devan Misir, a bio­pic of the legendary wit from Magadh, was only the third film ever in Magahi cinema. “Few people know that famous Hindi filmmaker Phani Majumdar (who also made Kanyadan in Maithili in 1965) was the first person to make a Magahi movie, Bhaiyya, in the early 1960s,” he says. “Girish Ranjan’s More Man Mitwa (1965) was the second. More than five decades later, Devan Misir has has hit the screens.”

Mithilesh, a theatre veteran from Bihar, says that he had originally written the script for a TV serial but he could not complete it. “I later developed it into a play,” he says. “Wherever I would stage this play, people would ask for an encore. It gave me the idea to make a film.” Without support from the state government, he collected donations to realise his dream. “Devan Misir elicited tremendous response though it did not have any big regional star,” he points out. Devan Misir is, however, still awaiting wider release in the state.

Regional cinema-watchers believe that Mai­thili and Magahi film industry cannot prosper unless movies are made regularly to create a niche for themselves a la Bhojpuri films. “Sasta Jingi Mahag Senur was a huge hit in 1999 but no Maithili film could later emulate its success,” Sharar says. “Still, I don’t see any reason why Maithili cinema cannot make a similar impact and create its own audience.” Mithilesh concurs. “At Tekari in Gaya, Devan Misir ran to a full house for a week before it withdrawn to make way for a big Bhojpuri movie. But two days later, the loc­als forced its owner to bring Devan Misir back on screen.”

That may well be an exception because films from any fledgling industry have not had many takers at the box office over the years. But that is no deterrant since since commercial success is not the prime motivator for passionate filmmakers who want to channel their creativity regardless of the language. Praveen Morchhale, a talented film-maker from Madhya Pradesh, chose to make Walking With The Wind in Ladakhi, which won three National awards in 2018. The film has since travelled to many international film festivals, winning several awards, including the UNESCO Gandhi Medal at the International Film Festival of India in Goa and a special jury award for direction and story at SAARC Film Festival in Colombo. 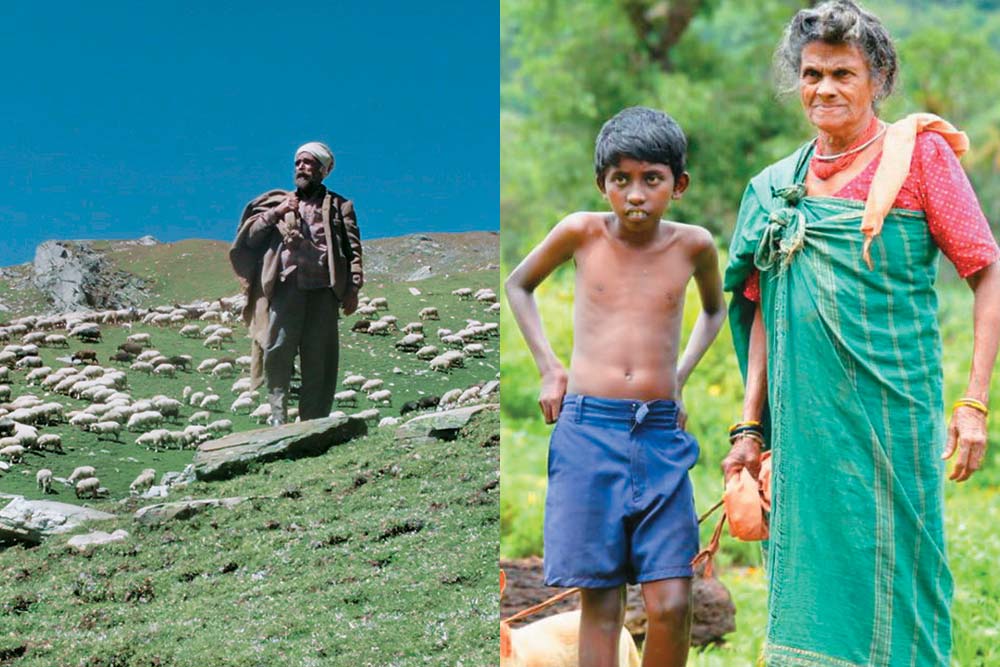 Still from The Gold-Laden Sheep & The Sacred Mountain (left); and Kanthan: The Lover of Colour.

Since Walking With The Wind is about a 10-year-old boy from a mountainous region, Praveen chose to make it in Ladakhi even though he himself is not a native speaker of the language. “I am inspired by my observations of life, which form the basis of my stories,” he tells Outlook. “I observe real people and their lives which generate many stories in my mind. Walking With The Wind is one such film.”

Of late, there has been no dearth of intrepid filmmakers such as Praveen who are travelling an extra mile to make movies in diverse languages set in the regions where they are spoken. Debutant Ridham Janve made the brilliant The Gold-Laden Sheep & The Sacred Mountain in Gaddi dialect, spoken primarily by shepherds in Himachal Pradesh. It is about an old shepherd who leaves his herd to find the pilot of an aircraft which has crashed in the upper Himalayas. “I had spent some time in the mountains and wanted to make a movie in their language,” Ridham says. “I also chose not to hire any professional actor but the locals for my film.”

The outcome was an amazing film with breathtaking visuals and outstanding performances. Similar was the case of another debutant auteur Shareef Easa, who made Kanthan: The Lover of Colour in Ravula language spoken by the Adiya community of Wayanad in Kerala. It won the Kerala State Film Award for Best Film this year.

The tribe of such filmmakers has been growing steadily of late. Last year, Sandeep Pampally’s Sinjar in Jasari, a dialect of Malayalam spoken in Lakshadweep, and Abhaya Simha’s Paddayi in Tulu, won the National Awards. This year, Priya Rama­subban’s Chuskit in Ladakhi and Bobby Sarma­-Baruah’s Mishing—The Apparition in She­r­dukpen, the language spoken by a tribal com­­munity of the same name in Arunachal Pradesh, have made an impact though none of them is likely to have a regular theatrical release.

Utpal Borpujari, National Award-winning critic and director, says it is not the commercial aspect but the urge to tell stories in their own languages that motivates these filmmakers. “In any case, when you are telling a story about a particular community, it is best told in its own language so as to capture the cultural and societal nuances in the best way.”

Borpujari, who made the acclaimed Assamese film Ishu (2017) on the social evil of witch-hunting seen through a child’s eyes, says that theatrical release of these films is near impossible because they cater to small audiences. “Many films have been made in the ethnic languages of Arunachal Pradesh,” he says. “But such movies will hardly draw an audience even in Itanagar because few will understand the different tribal languages.” The only silver lining, according to Borpujari, is the advent of digital platforms. “These streaming platforms may provide a global audience for such films,” he says. “I don’t know how much a movie streamed on those platforms will earn for a filmmaker but telling a story in their own languages shall rem­ain his prime motivation.”