Culture In His Folds

Nagarkar’s long-necked grazing on the fields of literature, films, food and his gift for friendship 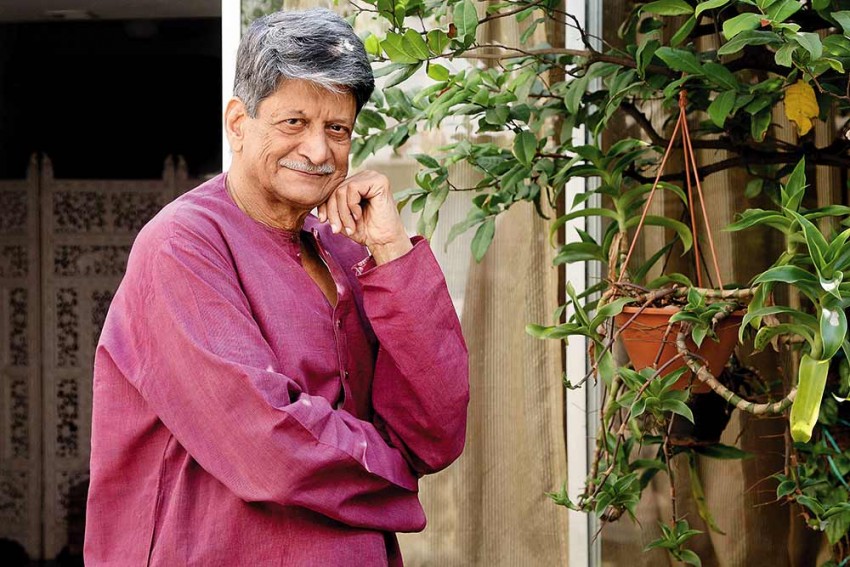 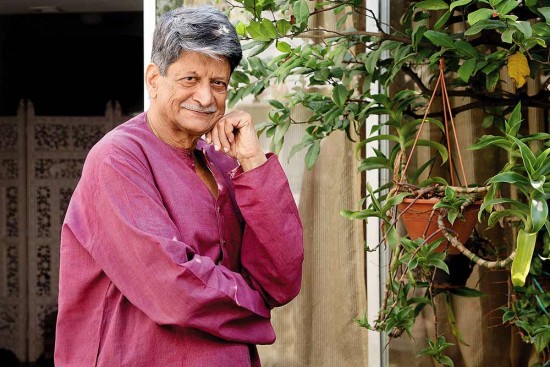 He could never understand why the rest of us were so cavalier with time. He would say, in his low, alw­ays-breathless voice, his enormous hooded eyes brimming with rep­roach, “Those of you who are healthy, who don’t have to live with constant pain, who don’t struggle to breathe, don’t you see how phenomenally lucky you are?” It would be many years bef­ore I understood that he was dead serious.

I don’t remember when we met. Kiran was one of the gurus of the advertising world in that era maybe forty years ago. I was friends with Tulsi Vatsal, his life-partner. Plus, he had been a mentor to two other friends of mine, both copywriters. I remember being surprised by his appearance. In his voluminous white pajamas and fine handloom kurta, with his close-cropped hair and narrow head atop a tall lanky frame, he was the antithesis of the image of the hard-drinking, cigarette-toting ad-man.

There was an austerity about him, and a fastidiousness, that I didn’t recognise at the time as being the habits of someone who was often very unwell. He carried bottles of Bisleri in a small sling bag long before water became a fashion accessory. He could not eat certain foods. He needed chairs with good back support. Reliable access to clean air was a priority.

On the Serengeti of Bombay’s social food chain, we occupied entirely different niches. I was a meerkat to Kiran’s lofty-necked giraffe; a struggling illustrator-cartoonist to Kiran’s soaring literary celebrity. I was only dimly aware of his stardom—or notoriety, some would say—in the sphere of Marathi letters. But it was over films rather than books that our early acquaintance deepened into a friendship that spanned continents and included Tulsi as an equally beloved participant.

I moved to New Delhi in 1985. It was the capital’s turn to host the International Film Festival of India. So Kiran came north, in the company of two film-buff friends, to plunge into that heady carnival of bewitching adventures, horrors and laughter, beauty and banality all day long. I was able to join them, without tickets or name-tag, entirely due to Kiran’s ability to waltz me in through the glass doors of Siri Fort Auditorium with his devil-may-care-grin and breezy confidence. No one stopped us. The four of us watched films till our eyeballs melted down our cheeks. Then we spent whole nights picking apart what we’d seen.

Talking films with Kiran was like getting a master class in cinema appreciation. My awareness was barely above the “I loooooove Star Wars” level when we first  met. The IFFI returned to Delhi in ’87 and ’89, affording two more cycles of celluloid immersion. He was able to prod my critical faculties with tiny depth charges. “Just remove the sound­track,” he might say of a furious car chase, rendering it utterly mundane or “... that mother, this little boy: really? You found it plausible?” in a drama about schoolyard lust, now ludicrous.

He had to be picky about what he ate, because of life-threatening allergies. He hated talking directly about his health. He joked about his endless squabbles with Death and often claimed to be a lightning rod for bad luck. He certainly did collect a variety of unusual misfortunes. Including a lightning strike while using the modem in my sister’s home in the US!

On the evening of September 2 this year he left a WhatsApp message on my phone: “Tried to call but your line was busy. K”

The next morning, by the time I saw the message, it was too late to call back.

(Manjula Padmanabhan is a writer and artist)