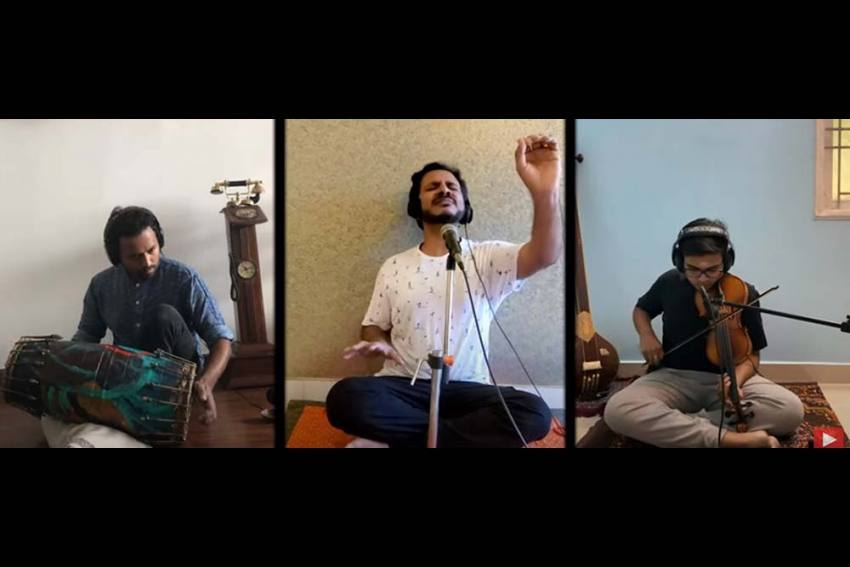 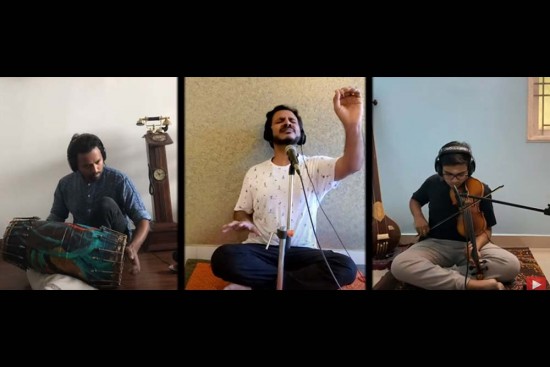 Veena vidwan Kannan Balakrishnan had always been a fan of Greek composer-pianist Yanni. Kannan was deeply impressed by Yanni’s simplicity when, during his concert in Chennai in April 2014, he walked over to the stage as Kannan played the veena during a private concert to welcome the hugely popular musician.

“With no concerts possible I decided to become part of Yanni’s orchestra. So, for almost a month I listened and practised along with the videos of his two short compositions—Standing in Motion and Nostalgia. Since the veena is an instrument with frets I had to scale up my speed to match Yanni’s flying fingers on the keyboards and the dizzyingly swift violins of his troupe,” says Kannan about his preparation. 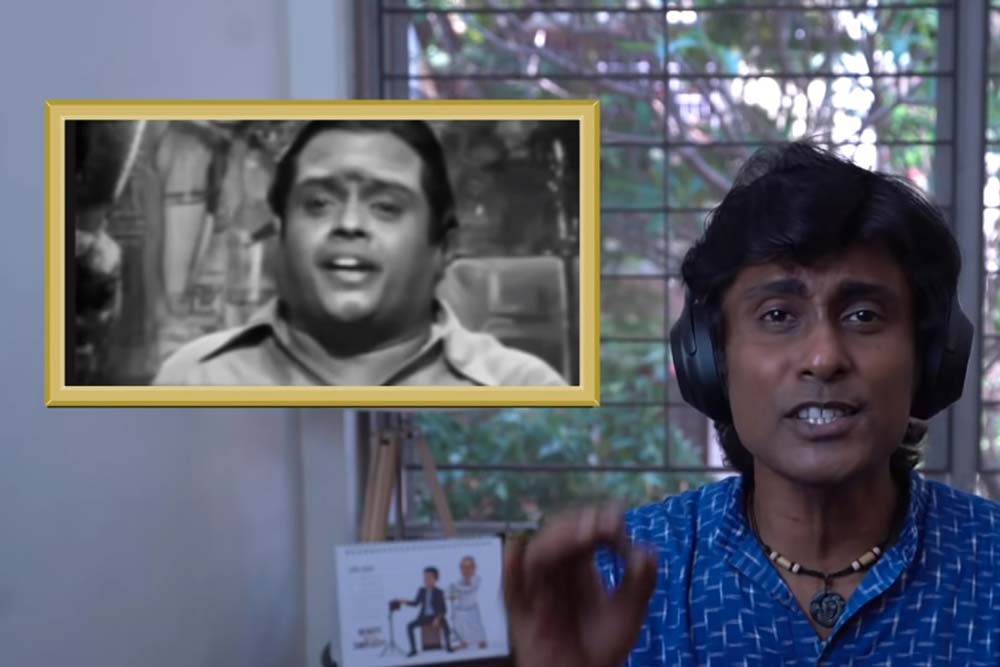 Once he was ready, Kannan’s son Shyam recorded him; later the two merged it with videos of Yanni’s live performance to sync perfectly with the two compositions. “When I posted it on my FB page I was surprised by the humongous response. A friend has promised to reach it to Yanni somehow,” Kannan beams. Kannan is not alone; more musicians of this great cultural centre have striven to enliven the sombre strains of the lockdown blues with their own exp­eriments. Leveraging technology and the reach of social media they are holding remote carnatic concerts, recreating old film hits or simply having fun by versifying Tamil songs in English.

However, the award for stupendous effort should go to Subhasree Thanikachalam, a producer of TV reality musical shows with an eye for singing talent. Otherwise busy compering and producing stage or reality shows, the lockdown gave her a chance to display her passion—old Tamil film songs. She chose songs that were musically unique but not immensely popular, minor gems often overshadowed by other hits from the very same movies.

With this theme, she presented one song every day for over 90 days under a YouTube channel created for the purpose—Quarantine From Reality (QFR). For someone used to recording singers in studios, Subhasree was comfortable in playing around with recording techniques. Once she had chosen a song she would pick the singer(s) and ask them to practise by sending them the pitch (sruthi) and the rhythmic pattern and tempo (thaalam) which they should adhere to. “Once they recorded their songs either using garage equipment or simply a headset attached to a mobile, they would send it back to me by Whatsapp or mail. I would then have them mixed with chords provided by my keyboard player Shyam Benjamin and percussion by tabla player Venkat (from their homes). The completed recording would be sent back to the artistes, who would then video record the same, so the visuals lip synced with the singing,” Subhasree explains about the elaborate process. 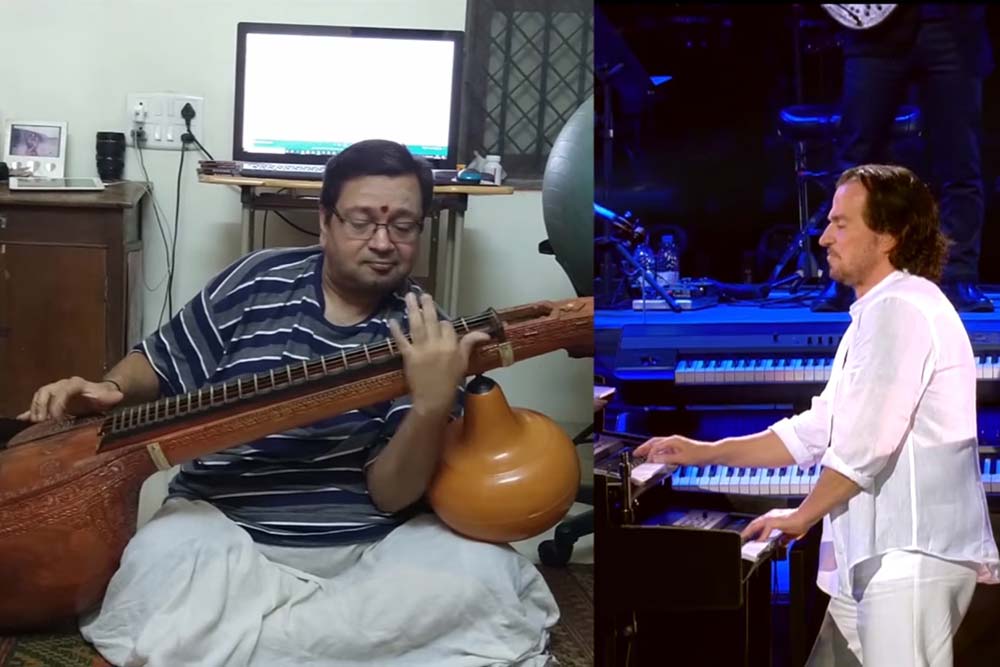 But then, Subhasree could readily tap into the huge phalanx of talented singers she had discovered during the last few decades as a talent hunter and producer. She found a matching voice for every major singer—be it SPB, Yesudas, S. Janaki, P. Suseela or even vintage greats like A. M. Raja or Jamunarani. The results soon sped across the world—a swathe that included Madison and New Jersey in the US and Rotterdam and London in Europe to Australia and across cities in India. “They might have been separated geographically but thanks to technology we were all connected musically,” she smiles.

The QFR offerings are prefaced with interesting nuggets about the song being featured for the day: why a particular singer was chosen, the layering of the lyrics and the Carnatic raga on which it was based. “For people used to enjoying the music, the story behind the song provides an additional flavour,” points out Subhasree. The knowledgeable Subhasree is at her best with songs from the ’50s and ’60s, particularly relating to the creative processes of those songs that were recorded but never featured in the films.

For singers shut in their homes, this was a godsend. Singer P. Unnikrishnan was only too thrilled to feature along with his singer-daughter Uthara and keyboard playing son Krishna as they recreated the magic of a song from the 1958 Tamil film curiously titled Petra Maganai Vittra Annai (The Mother Who Sold Her Son). 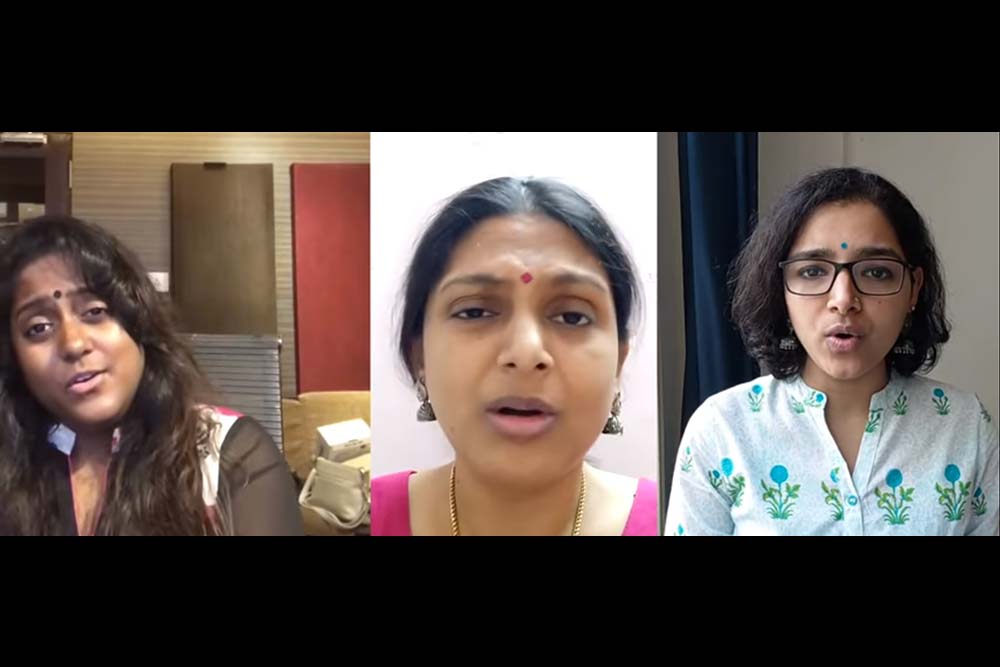 Singer Shashwathi, currently living in Rotterdam, found the song she and two other female singers sang from the 1967 Tamil hit Bhama Vijayam, appropriate for the present scenario as it advocated living within one’s means. “I was amazed at the finished product, excellent audio quality and perfect lip sync with Subhasree madam ensuring rhythm support for practically every song in the series. That all this was done remotely makes it even more satisfying,” she says.

On the redoubtable Carnatic circuit, the act of “staging” remote concerts was left to MadRasana, which has been opening newer channels—concerts in cinema halls, gardens and even recording concerts tailored for physical workouts. Under the MadRasana Gridlock Series, singer Rithvik Raja, violinist Vittal Rangan and mridangam artiste Sumesh Naraaynan kicked off the first remote concert as each recorded their bit at their homes. Their audio files were mixed by an audio engineer. After listening to the final version through headphones all three recreated the concert effect by recording the video portion. “I then sat for hours to synchronise the video and audio files so they matched perfectly. We had to take this route as the present technology does not allow for more than two artistes to play or sing together in sync for simultaneous video-audio recording,” explains Mahesh Venkateswaran, who conceptualised MadRasana along with music composer Sean Roldan.

For young singers like Rithvik Raja or Vishnudev Namboothiri it was a new experience without the advantage of visual cues provided by a stage concert. “The immediacy of a nod here and a smile there that we exchange with our fellow artistes while performing on the stage was badly missed. So was the appreciative applause of an involved audience. And of course to perform in T-shirt and sweat pants was totally whacky,” laughs Vishnudev. The lockdown also gave Vishnudev an opportunity to explore other genres outside Carnatic, especially film music, as he sang for a Red FM progamme on film songs and reproduced the magical voice of ’50s star C.S. Jayaraman for Subhasree’s QFR—all, of course, without leaving home.

Mahesh feels it may take a while for live concerts to return to Chennai’s famed sabhas. “Even if they did, the audience attendance could be thin due to fear. So you may expect more such remote concerts till normalcy returns. For this gridlock series (a total of eight concerts) we zeroed in on young art­istes who were tech savvy and had some kind of recording gear at home. In fact we helped them discover digital recorders from their cupboards, which they had all but forgotten,” says Mahesh. In the coming days he expects more Carnatic artistes to get a better hold of technology as “Perform from Home” becomes the norm for a while.

Amidst the pervasive nostalgia for film songs and the classical appeal of Carnatic music, stand-up comic and part-time singer Alexander Babu used the lockdown to whip up his own mix of humour and music. He lined up a few Tamil songs, substituted their Tamil lines with matching English verses and sang them with hilarious effect. His rendition of an old hit of Sirkali Govindarajan, known for his ringing baritone, in praise of Lord Muruga notched the highest number of hits. “There were a few raised eyebrows but the reception otherwise was encouraging. The younger generation was grateful that it could discover a singer of the calibre of Govindarajan thanks to this attempt,” says Alex.

As the lockdown slowly unspools towards a resumption of (partial) normality, Chennai’s musicians send out a single message—the concert halls might have fallen silent, but there is no stopping the music.