‘Art And Politics Do Not Exist In Separate Boxes'

T.M. Krishna, a leading Carnatic vocalist, prolific writer and a citizen committed to social justice, speaks about his new book, his art and his many motivations 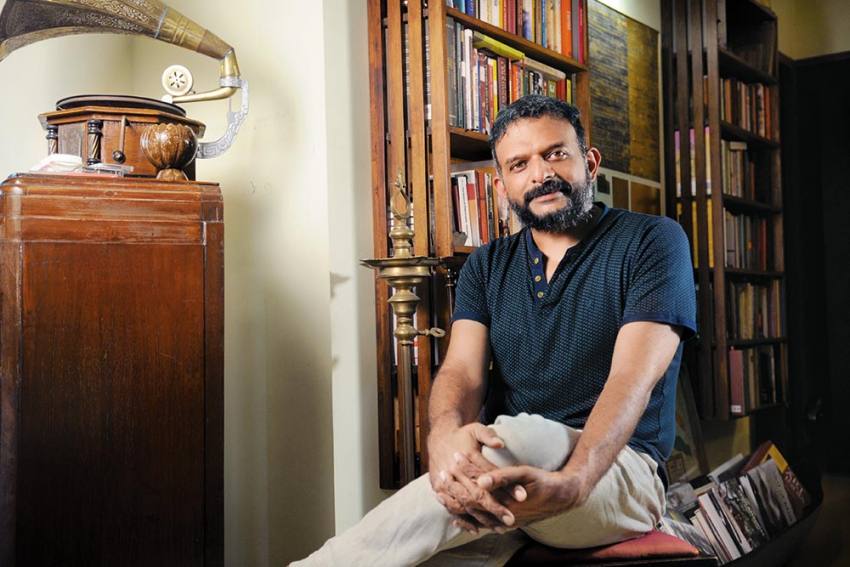 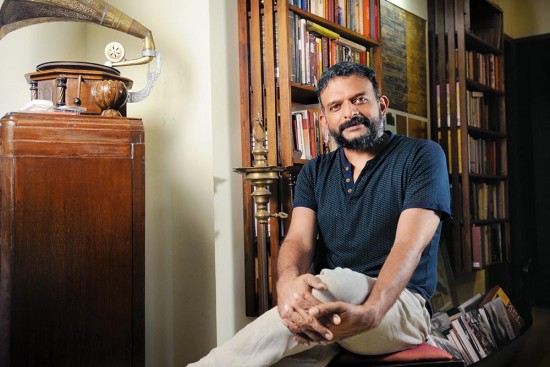 He is getting ready for the launch of his new book on the history of mridangam makers, Sebastian & Sons. He is also getting ready for a concert, while meeting deadlines for columns he writes for various news publications. But that is the manner of T.M. Krishna. The man is sim­ultaneously a leading Carnatic vocalist, a prolific writer and a citizen committed to social justice. He is one artiste who engages deeply not just with art, but its ent­ire ecosystem. Although known primarily for his atypical musical collaborations and performances, his equal ardour for activism was acknowledged when he was awarded the Ramon Magsaysay Award in 2016. In this exclusive interview with Urmi Chanda-Vaz, he speaks about his new book, his art and his many motivations.

The first astonishing fact that the brief of your new book gives us is that Carnatic music’s quintessential instrument—the mridangam—is no more than a century old! Tell us more about it. What made you pick this subject?

T.M. Krishna The idea of a percussion instrument being made of a cylindrical shell covered with hide on both sides is universal. The mridangam can be seen in paintings from the late 18th century and in temple sculptures from much bef­ore that, but what we understand today as the mridangam structurally and acoustically is about 100 years old. The mridangam is what it is bec­ause of the community of its makers. But they have been socially and intellectually marginalised. When I was rev­iewing the chapter on caste in my book A Southern Music: The Karnatik Story, I realised that like everybody else, I had completely forgotten instrument makers as being part of the Carnatic unive­rse. And amongst all INS­trument makers, mri­­d­­an­­gam makers’ work remains ‘unspoken’ because it involves cow, buffalo and goat skin. That is when I decided that their stories need to be told.

The title of your book is particularly intriguing. While it is clear that Sebastian & Sons denotes a generational business of mridangam makers, it also seems to rev­eal your intent to juxtapose its Christianness with what could be called a very Brahmanical art form. Am I right in my assumptions, or is there more to the choice of title?

“Art is social, political and philosophical and hence it is a fraud to say that art is detached from reality or an escape from the real.”

Sebastian (Sevittian) is the name of one of the earliest mridangam makers, whose descendants today dominate the industry. ‘Sons’ is not limited to his biological lineage but also encompasses makers from the various making traditions spread over south India. The name is also a subversion of names of many family-­owned businesses like TVS & Sons! The fact is that many makers are Dalit Christians, while others are usually from marginalised sections of society. This makes the relationship bet­ween them and the Brahminical Carnatic music environment very complex.

One of the hallmarks of your music practice is the social consciousness that you constantly bring with it. How did that come about?

Music moved me deeply; so profoundly that at least mom­entarily I recognised that humanity, equality and respect are the cornersto­nes of living. It was then but natural that over a period of time, social consciousness became an integral part of my life and art.

Your stand on caste privilege has often earned you flak from the Dalit communities for hijacking their narrative. Surely, you’ve earned equal ire from the Brahmin communities for ‘betraying’ them. Tell us some instances and how you deal with them?

Being a man with caste privilege, in fact every kind of privilege, I am very conscious that my thoughts and actions are at times seen as usurping the voices of those who are actually at the rec­eiving end of discrimination. It is a learning curve for me, and I am always aware of the problems associated with my presence in this discourse. This also means that I am acutely careful about this pitfall. I also want to be kept in check and hence I am thankful to those how have been critical of me. At the same time, I am convinced that all of us, including those belonging to privileged castes need to engage in the caste discourse and must be talked to and transformed. As far as criticism from conservative upper castes is concerned, I have learnt that it is impossible to speak to some, but there are many in the middle and we need to have a dialogue with them.

You’ve also always been vocal about your political opinions. With your very public dissent on the current CAA-NRC laws as a case in point, how do you deal with people who insist that art and politics should be kept separate? What, in your opinion, is the similarity/ difference between the artist and the activist?

“The Indian art world is feudal. When artists do not see their work as essential to society, how can they expect dignity and respect?”

Art and politics do not exist in separate boxes. Art is soc­ial, political and philosophical and hence it is a fraud to say that art is detached from reality or an escape from the real. The thought that art is apolitical is itself a pol­itical act. The artist and the activist struggle for the betterment of the human condition. The artist does so at the emotional level while the activist in tactile terms. Both need to work in tandem; change after all is alw­ays cultural.

Your collaboration with Naseeruddin Shah on the preamble-national anthem composition earned a lot of eyeballs and praise. The symbolism of a Hindu-Muslim artist collaboration was indeed powerful. But was it intended that way or were your respective religious identities incidental?

It was not consciously planned to be a collaboration between a Muslim and a Hindu; it just happened that way.  Neither one of us thought about the other’s religious background. It only mattered that we bel­ieved in the same idea of India, the India enshrined in the Constitution and our national anthem.

Artist. Writer. Social activist. Which one of these roles do you find most satisfying and most challenging?

I am a singer who writes and speaks. Music is my window to life, and it allows me to express myself through every other med­ium. The written word, spoken lines and a raga are all equally moving to me.

What do you have to say to many artistes who truly dep­end on government support for the practice of their art and hence do not/cannot dare speak up against them? How does one choose bet­ween their craft and their conscience?

The Indian art world is feudal and hence artists always remain subservient to people of political, social or economic power. They want to seek favours and hence want to constantly please them. It is about awards, opp­ortunities and benefits. The problem probably comes from the lack of faith in art itself, an inability to see art as integral to life. When art­istes themselves do not see their work as ess­ential and irreplaceable in society how can they expect dignity and respect? Consequently, the ethical conscience is buried. If this must change, artists must trust art and believe in its indispensability.