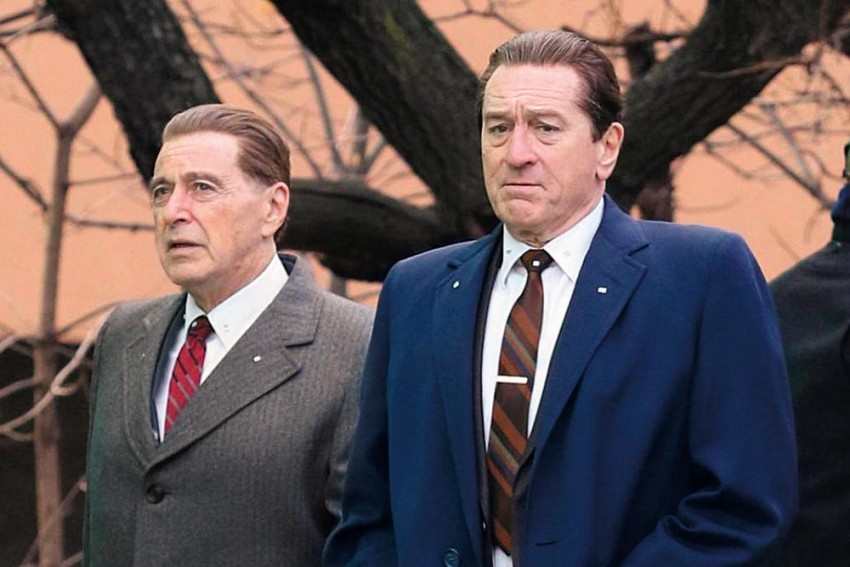 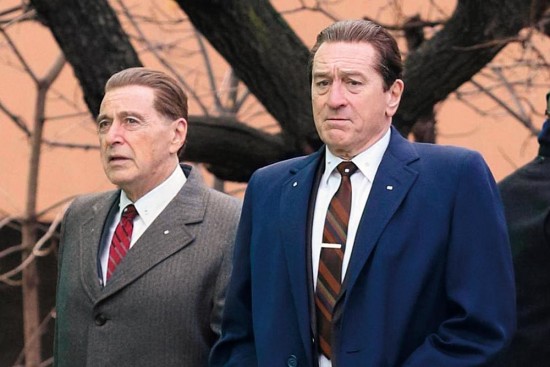 In The Irishman, Robert De Niro discovers it is easier to age decades before the camera, like he did in Raging Bull, than to shed them. Even though it’s only a film, with enough retakes, in a sequence where Niro is required to land vicious punches on a hoodlum, you fear he is going to have a Chaplineque fall in the attempt. No, I am not being ageist. It is incredible that Hollywood gives its actors like De Niro and Joe Pesci, both 76, the space to be screen chums for forty years from Raging Bull through Goodfellas, Casino and now The Irishman, all directed by the same ring master, Martin Scorsese, a year older to them. Imagine seeing Jai and Veeru doing a Yeh Dosti for forty years!

Only, all these macho filmy mobsters of the past, De Niro, Pesci and Al Pacino as the trade unionist Jimmy Hoffa, with underworld connections, still try to hiss and cuss, go on violent fits of rage like stomping on a bloody hand till it comes apart, give rousing speeches when barely able to catch their breath. When Rajinikanth plays a Kabali or Kaala it’s great fun because we are in on the joke. When method actors do it, it’s madness.

But don’t get me wrong, Martin Scorsese can never make anything boring to watch. It’s just that The Irishman feels like all these good fellas got together at an IIC or Yacht Club equivalent in New York, got their shots and said: ‘Hey Marty, Sonny, hey Bob, hey Joe, let’s make a f***ing final mob film’. But once you get used to the actors’ wigs and dentures, as the casual bonhomie gives way to sinister twists, and as the body count goes up, Scorsese gets into top form.

Frank Sheeran (Niro) is hitman to mafia boss Russel Bufalino (Pesci). Then the mercurial unionist Hoffa comes into the scene, Frank is sent to protect him and the two develop a friendship. The Irishman is the story of the interconnected lives these three men at a tumultuous time in US politics—Kennedy is shot, Nixon is impeached, Martin Luther King is assassinated—with the shadowy bosses of organised crime always in the background. De Niro, who looked laboured in The Joker earlier this year, gallantly holds this 200-plus minutes saga together. Pacino is in the danger-side of hamming but his character too is OTT. Pesci stands up to them, alw­ays simmering with menace under the camaraderie. If this is Scorsese’s final tipping of the hat to the underworld, he signs off in style.