All Eyes On Ayushmann 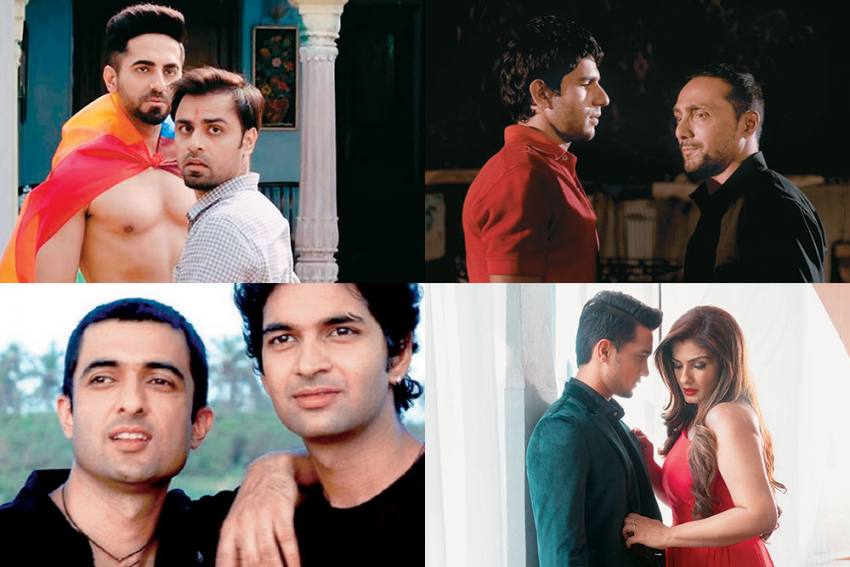 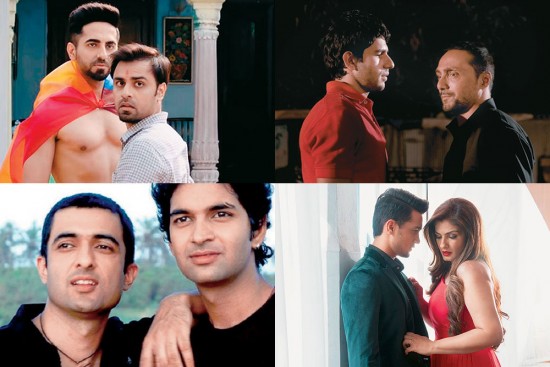 It is too early to celebrate the annulment of Section 377 of the Indian Penal Code in the film industry because it is also part of the larger society. Although the laws have changed, it will take time for the change to happen on the ground. What we have seen in the recent times is, of course, a web series like Made In Heaven (2019). But in Hindi cinema, everybody is looking forward to what the upcoming Ayushmann Khurrana film, Shubh Mangal Zyada Saavdhan, will portray. It is the first time in mainstream Hindi cinema when a star is portraying a gay character. We are hoping it won’t turn out to be another Dostana (2008), for example. Having said that, what is really missing is the support of the film industry for the LGBTQIA community.

If you look at the Oscar awards, year after year, they have made conscious efforts to empower the voices of this community by giving it due representation, not to speak of the black and women voices in cinema. I am afraid I don’t see it happening in Bollywood, be it My Brother Nikhil (2005) or I Am (2011), which were made by me and won two national awards. None of it was recognized by the Indian industry even as the movies traveled to various film festivals.

As a film maker, who is not only making films in that space but is open about his identity, I don’t think there is much happening. People at various platforms are still skeptical about the community. How many people come out to see Shubh Mangal Zyada Saavdhan in theatres will be a real test. One hopes it does not become yet another usual comedy on weddings. Comedies are good and popular, and I am not being judgmental about them, but I sincerely want the film-makers to explore other genres of the movies.

The trailer of Khurana’s movie was fun, but I did not notice any chemistry between the lead pair. They looked like two good friends but I did not find any element of romance between the lovers, at least in the traiIer. Kissing is not just romance. Hope the film actually talks about not just the messaging, but different things that need to be talked about, the way it is done in Hollywood in movies like Moonlight (2016) and When You Call Me by Your Name (2017).

Today, women film makers are coming up with different perspectives. Similarly, it is also important at some point to empower LGBTQIA voices as far storytelling is concerned. I am looking forward to many more films on them, hoping for a definite shift with mainstream actors willing to do roles which are not just comedies but also other genres. One or two films were released in the past few years. Aligarh (2016) happened before the annulment of Section 377, but I am yet to see another film that is as strong. And what Made in Heaven had in the digital space happened in Hindi cinema in I Am.

It is not as if something radical has happened post-Section 377 in Indian cinema. In fact, Deepa Mehta’s Fire happened way back in 1996 and if you look at it, you would realize how bold it was for its time. We have not managed to come close to that movie in that space. So what has been the big change in the wake of the annulment of Section 377? Right now, I think the censor board cannot block certain things and the certification process for LGBTQIA movies has become easier. I remember when I made the Raveena Tandon-starrer, Shab, I lost one year waiting for a U/A certi­ficate for my film. I have not seen many films except for Ek Ladki Ko Dekha (2019) and Sridhar Rangayan’s movies. But Sridhar and I had been already making such films before that.

Ours is the largest film industry in the world and there are so many stories waiting to be explored and told. I hope it is just the starting point. I don’t expect people to change overnight and start watching such movies without feeling discomfort. In India, unfortunately, cinema does not have the support of the government, unlike in a country like France where it is treated as an art form. As far the over-the-top (OTT) platforms are concerned, it has not opened the floodgates of opportunities because the price of a movie on such platforms still depends on a its theatrical performances. If a film has not performed well at the box office, it cannot fetch a good price from the digital platforms. Everything is interlinked. Only the cover has changed, the inside remains the same.

The stereotypical portrayal of the gay people, however, is changing lately. It is happening because more and more people are coming out and people are recognizing that they are not made fun of onscreen. But representations of a transgender are still the same. Today, the transgender community is excelling in different fields; one has also become a spokesperson of the Congress party but they are still being portrayed as hijras (eunuchs) or prostitute or beggar with set mannerisms, which have been perpetuated on celluloid for years. We don’t get to see their other side. I think it will take time. Acknow­ledgement is coming but the pace of shift is still slow.

It is true that the community is also getting more work opportunities in the film industry but I would love to see more people come out in the open about their identity. I believe it is personal choice but it can encourage others, especially the coming-of-age kids to understand that there is nothing to be ashamed of about their identity. It will really be inspiring for them.

— As told to Giridhar Jha

(The author is a Mumbai-based filmmaker with acclaimed works like My Brother Nikhil, I Am, and Shab)