Doing tragedy so immersively that he needed a shrink, learning the sitar from Ustad Vilayat Khan for six months just to shoot a song…there was method behind Dilip Kumar’s aura. 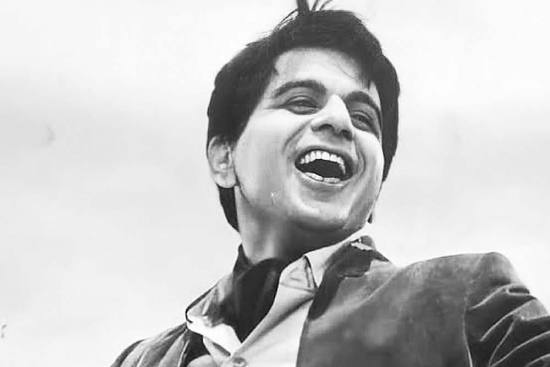 He had scored 98 and, as they say in Gujarati—one of the many languages he spoke fluently— 99 had set and was running. Then like his younger Mumbaikar friend Sachin Tendulkar, he got out. Dilip Kumar/Yusuf Khan is no more. We do not need to add amar rahe. He will live forever through his cinema, which decorated fifty years of modern Indian history. A colony of the British Empire, indeed a jewel in the crown in which he was born in the northwest, was torn apart in his youth but he stayed on in India where his father had chosen Crawford Market and Bombay as their workplace and home. Beginning in the 1940s, at the invitation of the Empress of Bombay Talkies, Devika Rani, he embarked upon a career that changed him, changed Indian cinema and many generations of young men and women.

From Jwar Bhata (1944) to Qila (1998) there are sixty-two films, including a small number where he made cameo appearances. A majority of them were silver and golden jubilee successes. Our lives in the ’40s, ’50s and ’60s were shaped by his hairstyle and the way he dressed. A fan wrote to Screen, the film weekly, that Paigham (1959) was the first time Dilip Kumar was filmed putting on a belt on his trousers! His hairstyle, the manner of his speaking, walking, were copied by younger aspirants arriving in Bombay cinema (Bollywood would come later); they even copied the Kumar suffix to their screen names. In a small episode in his film Jogan (1950) with Nargis as the co-star, young Rajendra Kumar is seen with Dilip Kumar with strikingly similar hairstyles. Kumar was to bec­ome a star in his own right a few years later.