Local dancers at village festivals are challenged by glamorous imports 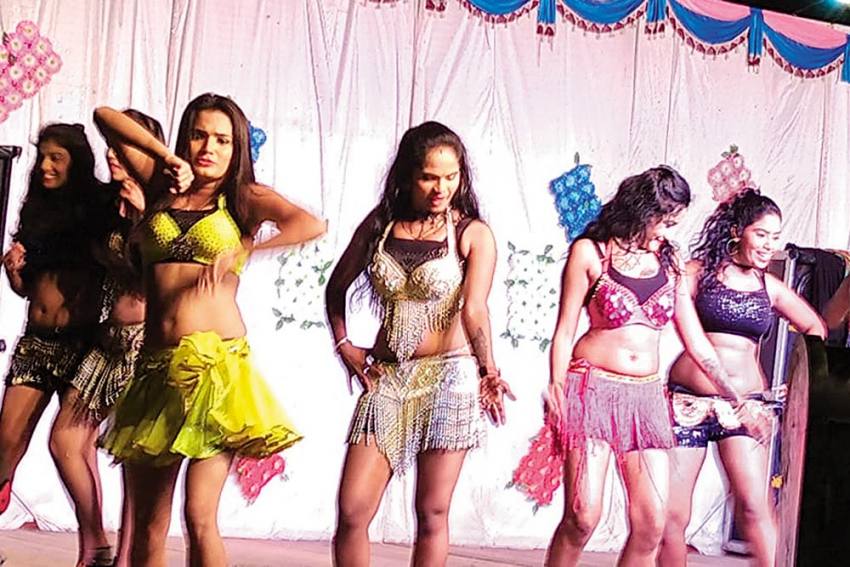 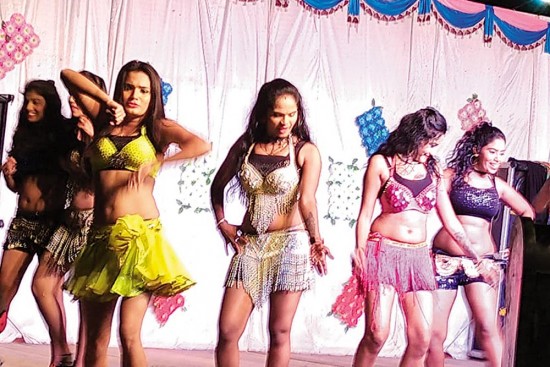 In the Tamil film Varuthappadaadha Vaalibar Sangam (Carefree Youth Club), an old villager keeps wondering when “Dindigul Rita” would appear on stage during the song and dance segment of the village temple festival’s cultural programme. Rita, a glamorous small-town dancer in the film, might find herself ‘outglamourised’ by real-life competition from dancers across the Tamil Nadu border. The village festivals, in which dance troupes perform to film songs, now showcase skimpily clad dancers from two neighbouring states. Their livelihood threatened, the traditional dancers belonging to the local troupes have now petitioned the state police to enforce court-ordained conditions on how these shows are held.

“Every show needs a permit from the high court. It should normally take two weeks to get approved. But some lawyers and court officials have rigged the system and one can easily walk away with permits within a couple of days. Flashing these permits, the organisers are able to flout restrictions on time and vulgar ­display on stage with the help of local ­police. A handful of agents bring dancers from pubs and bars in Karnataka and Andhra Pradesh, who perform in scanty clothes in front of villagers,” complains R. Somasundaram, president of the state association of stage dancers.

There are around 2,000 such local dance troupes across the state with nearly a lakh dancers and support staff, who take care of costumes and music. “We perform for about eight months a year, when we earn about Rs 40,000 per show, which is shared among 15 people. We practice during the remaining months,” says V. Senthilkumar, who has a dance troupe in Vellore district. “We feel threatened as we are competing against unscrupulous players who don’t play by the rules.” 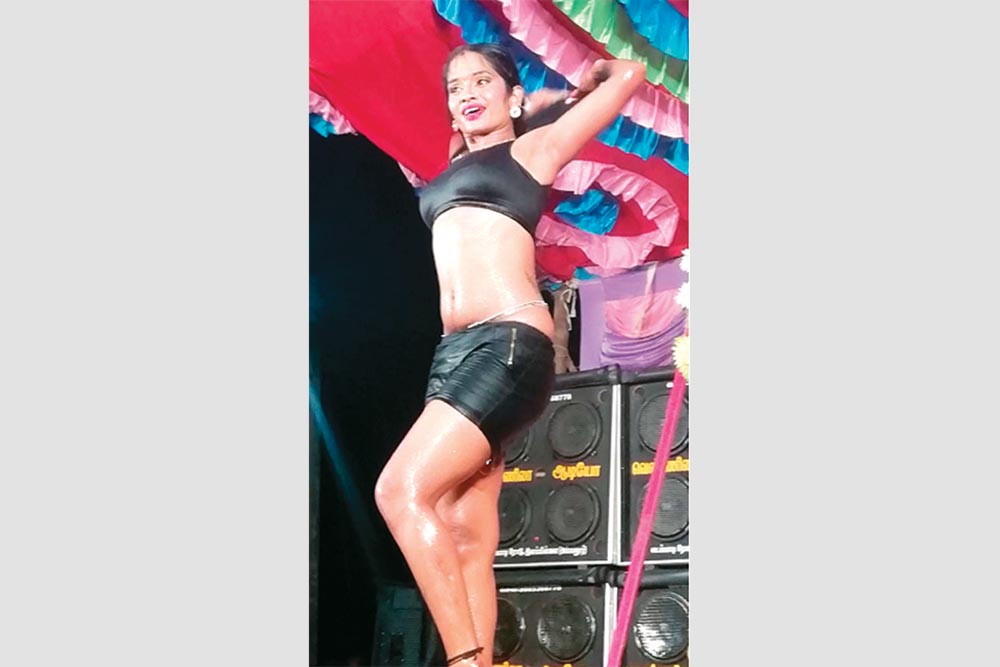 Traditional dancers of local troupes have asked the state police to enforce court-ordained conditions on shows.

The traditional dancers abide by strict rules: the female dancers have to be fully clothed, though the costumes are flashy; they should not make any obscene moves even during item numbers. The outsiders do not abide by such constrai­nts despite court orders against obscenity. “Most of them do not even have great dance moves like the local dancers, but they compensate by wearing two-piece garments and showing more skin. A few even play-act intimate scenes on stage with their male counterparts,” complains S.P. Bhupathi, legal adviser for the Tamil Nadu Dancers Association.

The cross-border dancers are popular with village youth as they flock to these shows. “Many of them travel even 100 km to ogle at the dancers,” says Senthil­kumar. “A youngster from Theni who biked all the way to Sivaganga (121 km) was killed in a road accident while ret­ur­ning home, and his family learnt about it only a week later as he had kept his trip a secret. Some of these youngsters even approach the agents of the girls to arra­nge private shows for a hefty amount.”

A senior police officer admits that since the enforcement of guidelines is the ­responsibility of the local police station, organisers with political clout often convince the police to look the other way. “Licences or permits will not work as this is such an informal industry,” says a district superintendent of police. “Most dancers are poor and uneducated, who could be exploited by unscrupulous agents if we tried to impose a system. If a lady officer from the area gets to watch the show and sends a report to the SP, we can step in by citing vulgarity.”

The dancers association wants the ­police to crack down on agents who bring the pub and bar girls from the neighbouring states. “Once you make it difficult for them to showcase these girls, villagers will have no option but to watch our performances,” says Vaani, one of the local dancers.