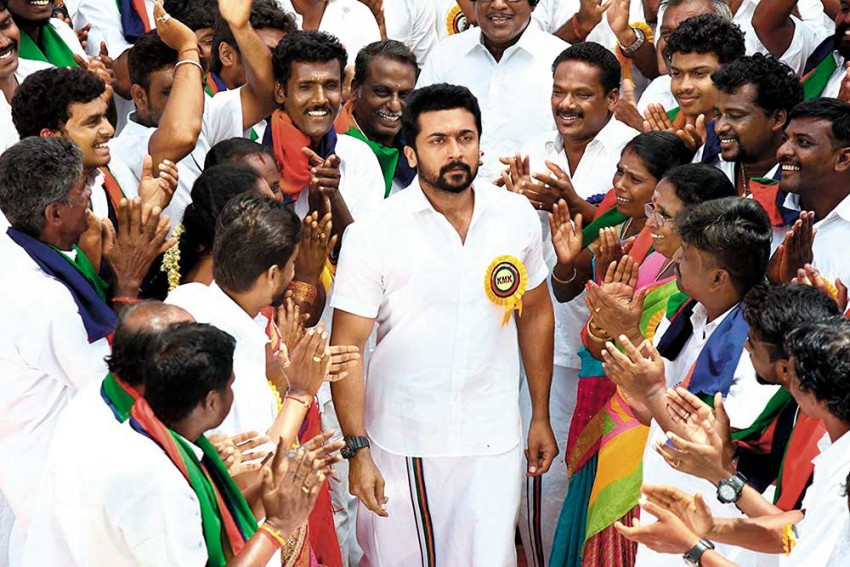 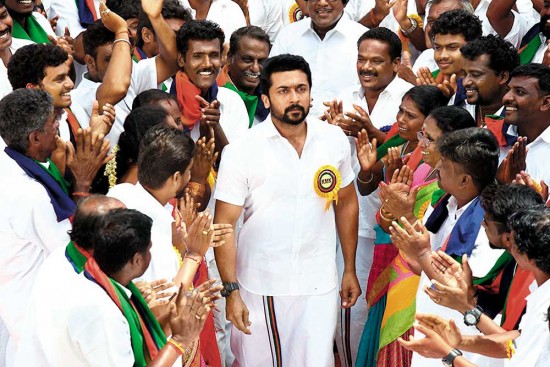 The year 2019 turned out to be as disappointing for Tamil film hero Surya as the past few years. His latest film, NGK, directed by Selvaraghavan, bombed at the box office. The underwhelming pol­itical drama was panned by critics as well. For this talented actor who had been the main draw and acting soul of hits like Kaakha Kaakha, Ghajini and Singam, NGK joined his string of flops in the last six years. “Surya’s last real hit was Singam 2, released in 2013; since then he has not come up with a winning formula in spite of changing directors,” observes a leading film critic.

But the flops have not deterred Suriya (43) from compromising on one thing Tamil heroes are fiercely protective about—their salaries. The diminutive actor still quotes Rs 25 crore for a film and only producers ready to pay that enormous amount are entertained. But Suriya is not alone in unwilling to compromise on the pay cheque. Other Tamil heroes are refusing to climb down from their high perches, sending, in turn, production costs into the upper stratosphere.

With things having come to this expensive pass, the state’s theatre owners have made a brave but belated attempt to reign in movie stars—by bracketing them in three tiers which, in effect, is a rating system of sorts. The tier system will determine how much a star will get from the collections of his film depending on his rating. A hero in tier 1 will rake in 60 per cent of the distributor’s share from ‘A centres’ like Chennai, Chengalpattu (in Che­nnai’s suburbs) and Coimbatore and 65 per cent in other areas during the first week. For a tier 2 hero the same will be 55 and 60 per cent respectively.

According to the system, only Rajnikant, Vijay and Ajith qualify for tier 1, thanks to their mass appeal and their ability to keep the cash registers ringing over a sustained period. Actors like Surya, Dhanush, Sivakarthike­yan, Vijay Sethupathi, Jeyam Ravi and Simbhu will be classified in tier 2 while others, which include Surya’s brother Karthi, will get only 50 per cent in all centres. 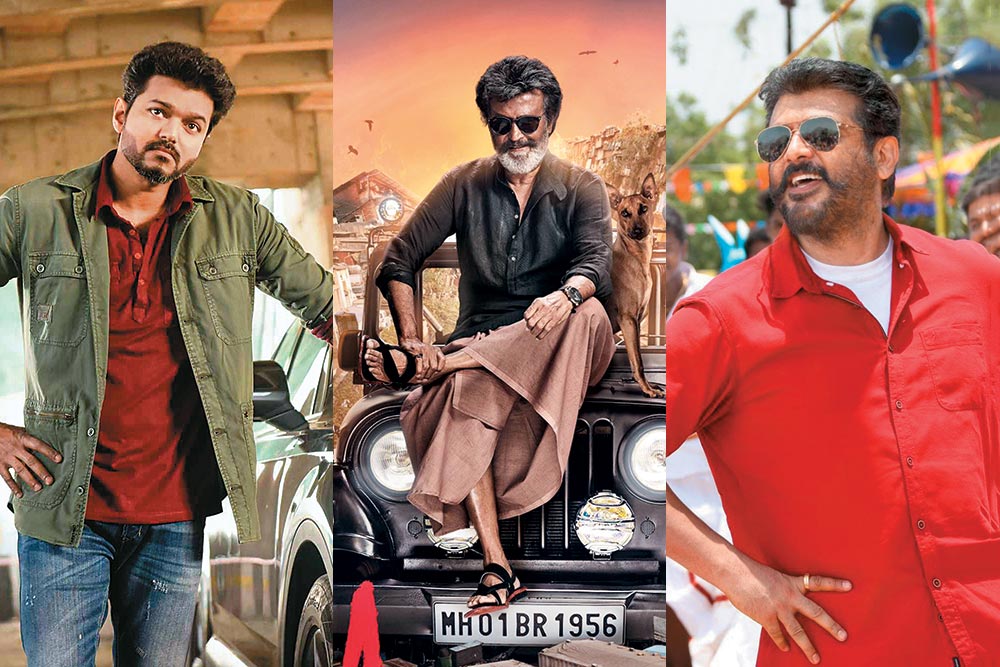 “It’s a proposal mooted by theatre owners and we hope producers and distributors would agree, as films have become less profitable due to high production costs, of which the hero’s fees form the bulk. Not only do heroes refuse to compromise on salaries, they also demand full payment upfront, which is unfair. Even in Telugu cinema, where heroes have a bigger star value and have devoted fans, they only take a ten per cent adva­nce and final settlement is done after the movie’s release,” points out Tiruppur Subra­maniam, who heads the exhibitors’ association.

Subramaniam feels that unless some sort of rating system kicks in Tamil heroes will inhabit a fantasy that their films command a huge audience and are box office hits. Barring the top three, films of others have a shelf life of just two weeks at theatres, he adds. Even the great Rajnikant could taste success only with Petta after a string of flops like Kaala, Lingaa and an average performer like Kabaali. Still, his films continue to take a strong opening and he is shooting his next in spite of his impending entry into politics.

A distributor feels without a rating system, Tamil heroes will continue to live in a fantasy that all their films are massive hits.

The other top two actors, Vijay and Ajith, have also rebounded strongly after flops, thanks to their huge fan following across the globe. Producers are willing to plough money into films starring the top three, as they feel confident of reaping bountiful returns over four weeks. In contrast, most other films fold up after just two weeks in the cinemas. For example, Rajni’s Petta and Ajith’s Viswaasam, which were rel­eased during Pongal in January, had house-full shows for almost two months in spite of rubbing shoulders with each other in multiplexes and multiscreen theatres.

But film producer S.R. Prabhu is doubtful if the proposed arrangement would work out since dealings between stars and producers are also based on lasting relations. “We have many stars who are comfortable with certain producers and the latter may impose such conditions of tier 1 or tier 2 as that could affect their long-term ties with the actors. Also, what prevents a producer from breaking the system by promising a tier 2 star a salary equivalent to a tier 1 star?” he asked.

As long as the Tamil film industry is based more on the hero’s star value than the film’s content it would be difficult to put in place such a rationalising system, says trade analyst Sreeddhar Pillai. “Even though Mohanlal’s Lucifer (Malayalam) was a mass hero film, he allowed the director to weave the film around a strong story. Ultimately, even mass hero films would have to fall back on content as audience taste is changing,” he says.

Producers also apprehend that a rigidly employed tier system may serve to discourage small film-mak­ers with good storylines from find­ing the­­a­tres. Similarly, heroine-centric films may not find many takers. “It would also be unfair to heroes like Vijay Sethupathy who, in spite of his stardom, continues to support small films with good content by promising directors, charging less or even no salary,” points out a director. On his part, Sethupathy, who probably had the highest number of hits in the last two years, has promised that whatever the system he would continue to back young directors with promising content.

But theatre owners also feel that with over 200 Tamil films jostling for theatre space in a year, leading to very short shelf lives in theatres, the new tier system would discourage fly-by-night operators from producing a quickie just to cash in on a hero’s star value. “Many small producers disappear after one film and financiers are forced to search them to collect their dues. A rating system would bring in some transparency on how much a movie collects and how a star gets paid and would turn away those looking for a fast buck,” says Subramaniam.

Unlike in Bollywood, Tamil heroes are wary of entering into a profit-sharing agreement with producers after a few of them got short-changed. “If the producer is honest the stars would be willing to co-operate, but that tribe of producers is fast disappearing,” observes film writer Bismi. He feels that the only way Tamil cinema can extricate itself out of the current, high-value mire is through a culture of backing good content, which would naturally prompt stars to plump for stories rather than a reaffirmation, in cash, of their own stardom.

Is Cricket The Perfect Tool To Foster Diplomacy? An Emphatic Answer Is Still Awaited