Sunny Leone, for all her oomph, is one of the most googled people in the world. After Bollywood threw her a massive lifeline, her attention has turned to her three kids 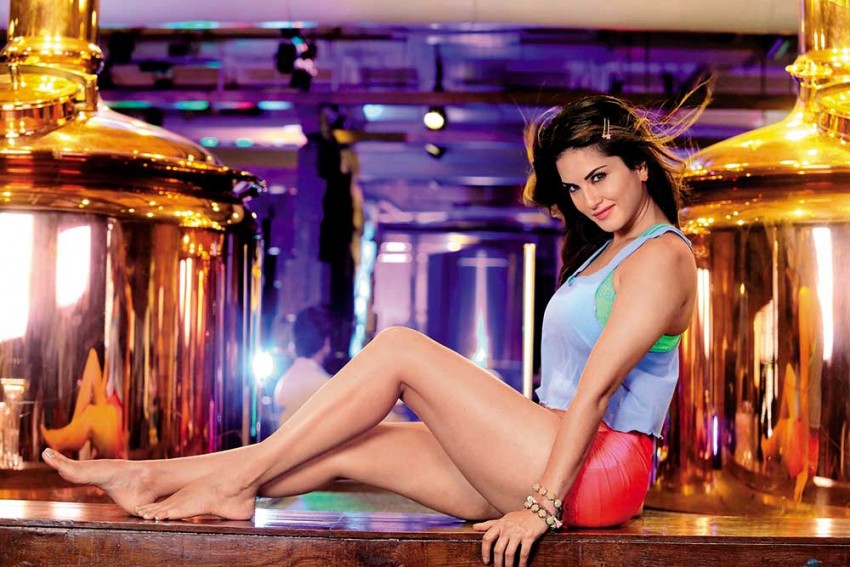 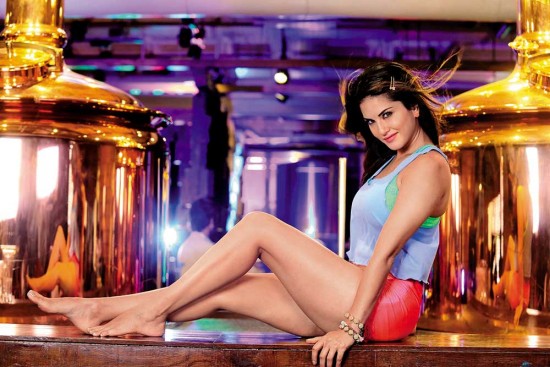 It’s a little after 7 in the morning, the time when Mumbai gradually wakes up; the incessant commotion that typifies the financial capital builds up slowly. Cars slither through the city’s roads, the collective rumble of their engines insinuating to the morning walkers that their time is up. In this city of who’s who, there are as many stories as there are ambitions. And among these stories is that of actor Sunny Leone. Once a star in the US adult film industry, Leone has made the grade in dog-eat-dog Bollywood with a handful of films. Her journey in India’s entertainment industry began in 2011 with the popular Indian reality show Bigg Boss. It was followed with her Bollywood debut Jism 2. Still one of the most googled people in the world, Leone’s story is one of ambition, pursuit, and motherhood.

Inside her house, the appetising smell of mashed potatoes with spices wafts from the aloo paranthas sitting on the kitchen counter. After making a batch of ­paranthas, Leone has moved on to ­prepare eggs. Three hungry little mouths are ­waiting for the food. The ­eldest of the three is the four-year-old girl Nisha Kaur Weber, whom Leone and her husband Daniel Weber adopted; Sunny tied the knot with the ­musician about ten years ago. And then there are two toddling sons, Noah and Asher Singh Weber, who were born through surrogacy in March last year.

Leone wakes up at 5.30 and is already done with her hour-long workout. Her life has changed completely after becoming a mother, she says, “I have become a better planner and my days revolve around the children and work at the same time. Obviously, my priority is always my children, but I believe that I am a better mother when I am working, believing in my passions and being a mom at the same time.”

The 38-year-old Bollywood star hardly gets a breather after the kids are done with their meals as they have to be rushed to school. She describes the daily culinary exercise as a “personal challenge” as she sifts through new recipes each day, trying to find something at the intersection of health and taste for her children. “Whenever I am at home, I actually love cooking for my children and figuring out some kind of way to get the toddlers to eat. One day they like something and on ano­ther, they don’t,” she says. Leone kneels besides Nisha’s seat and tells her something. The little one giggles, the mother bursts into peals of laughter. The kid then gorges on the food, as the doting mom heads for a quick shower before dropping the kids off to their school.

One of the most googled people in the world, Leone’s story is one of ambition, motherhood, paranthas.

Though surrounded by people from a mishmash of faiths—she was born in a Sikh family while her husband is a Jew—Leone does not follow any particular religion. However, she insists that her religious consciousness has been enriched by the faiths around her, and puts a premium on spirituality. “I believe in karma and being good to people. I do what makes me feel good and what is right for my children. As far as following a religion or even god is concerned, my children know that god loves them and they are special,” says Leone.

But there is something the actor does very religiously: dropping the kids off at school and picking them up herself, every single weekday. After the kids are left to doodle and play with blocks, Leone heads to a meeting that takes about 45 minutes. Then, she is speeding off to pick her kids back from school. The children are truly at the heart of her living. Leone had wanted to start a family for a long time. But she thinks it was at an apt time—when her ­career had stabilised and she had found the right better half—that things clicked and the kids came her way.

Once done school gives over, the kids are going to an art class today. Art is the thread that binds the children and the mother even more inextricably. Leone has a penchant for paintings, the evidence of which can be seen in her living room. Shunting herself in and out of film studios and other engagements, the Canada-born actor still manages to keep in touch with the easel and paintbrush. “I paint whenever I’m free. Plus, I pick activities and crafts that are done over slow burn. Some of my creations have taken me as long as a year to complete. But the satisfaction I derived out of them is beyond words,” she says, as she accompanies the kids to their art class.

It’s a little over noon and so much has already happened in Leone’s day. Early risers sure get a head start in ways more than one. She then sweats it out the next few hours at the dance rehearsal. In a relaxed moment between breaks, she breaks into a Punjabi dance, a video of which she uploads on her Instagram ­profile where she has a staggering 28.5 million followers. 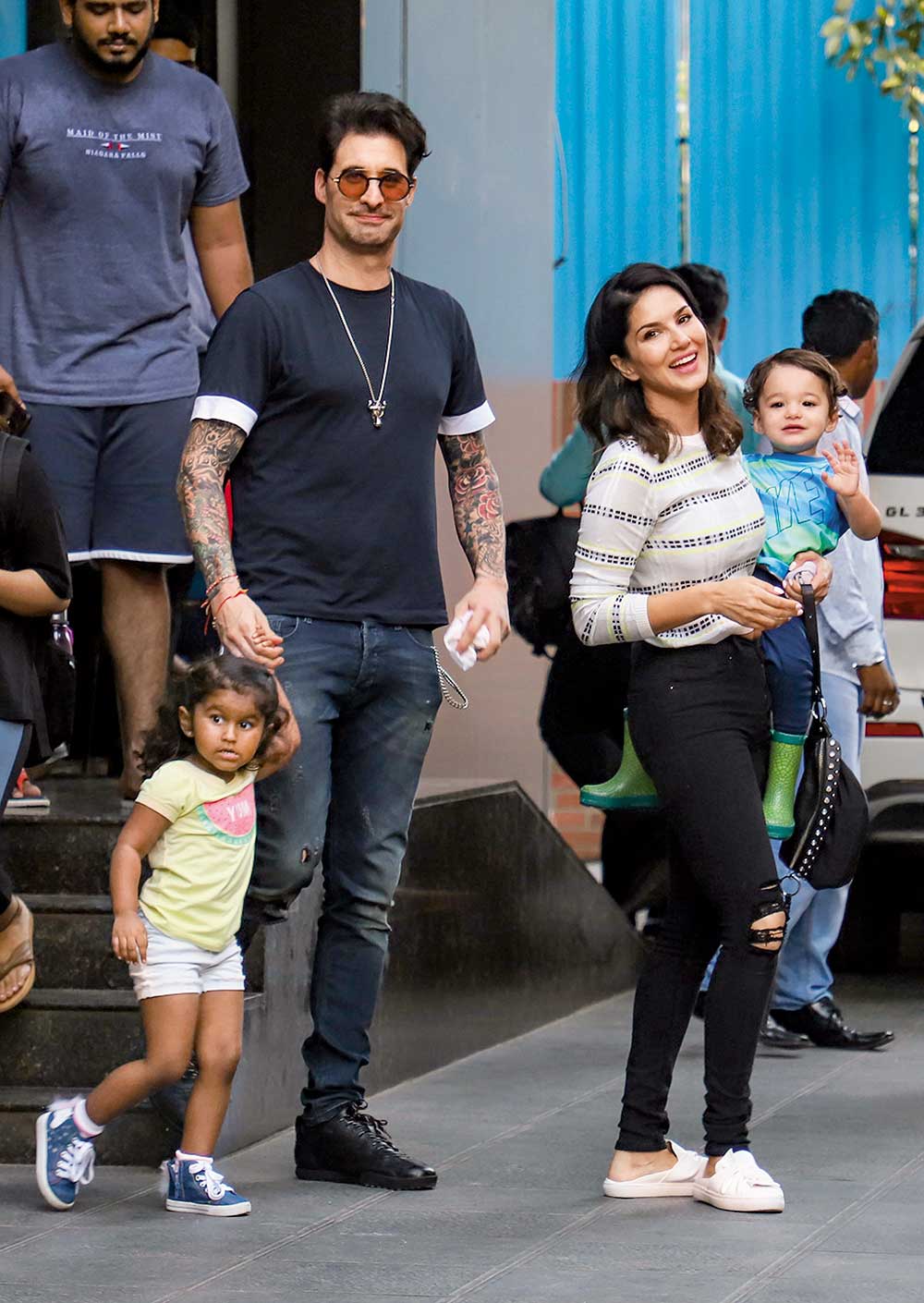 Leone, whose roots lies in Punjab, has no qualms in accepting that it is not easy to juggle between the roles of a working woman and a homemaker. But she grins and says how she loves playing all the roles—professional, homemaker, mother and wife. “There are times, of course, when you are trying to balance everything and you cannot; that is when you reset and you regroup. I am very lucky that I have a wonderful husband who supports everything I do and want to do in life. We reset together and move forward in life,” she says. The dance rehearsal comes to an end around 4.30 pm and as Leone is being driven back home, she is geared up to spend the evening with her kids.

Between dance rehearsals and sundry engagements, the actor is all praise for her husband who, she says, always rises to the occasion when it comes to fatherly duties. He never fails to wake up in the middle of the night and take Nisha, 4, to the washroom, she says. “I am fortunate that I have a very hands-on husband with our children and it is not one-sided at all. We definitely share our duties in taking care of our children and sometimes there is a ‘No, I want to do this with them’ moment”, says Leone.

Does she still have friends in the US? Leone affirms and, in fact, says that she has more friends there than in India. But she loves to hang out with the ones here and doesn’t miss a chance to do so. “I simply love it and on those days when I am not working at night, I love to dress up and go on a night-out with friends or a date with my husband.”

As the family engages in some casual banter over dinner around 7.30, Leone thinks back of her decision to relocate and settle in India. “I have my family, my dog, my house here. I do not have a home anywhere else. If you count a vacation home as one, then yes, I have one in Los Angeles. But my first home is here in India,” she says.

She speaks passionately about the fact that she has met so many amazing people as part of her Bollywood journey so far. Back at her home, Leone now has the most challenging task to do—putting the kids to bed. But the task alone is preceded by a number of other, if not more, equally challenging tasks such as giving them a bath and changing diapers.

The actor confesses that it has been months since she last went to watch a movie as it’s a bit of a logistical strain to make it to the theatre, given her huge fan following. To compensate, she ind­ulges herself with movies and television series at home. “And honestly speaking, I never disguise myself to dodge attention. I just pick places that I know are respectful to anybody who walks in. I want to be as free as I can be wherever I go,” she says.

With the kids asleep, she gets ready to venture out for an event. Meanwhile, she lets us in on a secret; she has something big coming out, which was on her bucket list for a long time. “I am right in the middle of rehearsing for this amazing thing, but I cannot spill the beans at the ­moment. It will be announced very soon. I cannot wait for people to see what I have been working on. It has taken immense hard work, and a lot of time as well, but I believe it is going to be great.”