English is a source of anxiety, even despair, for its have-nots 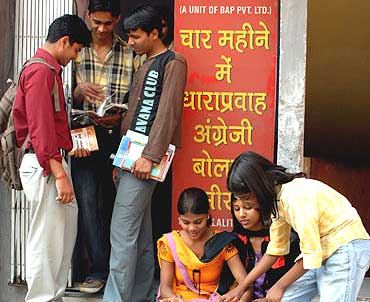 The buzz around "fixing" India's English is growing louder and louder....

Brajesh Kumar's personal file is pristine - no thumbmarks, no blotches, no yellowing pages. There wasn't time. Within weeks of his joining a private engineering college in upscale Greater Noida, the 22-year-old had committed suicide, leaving a...