Forster was able to detect a trend that has, 50 years later, become an undeniable fact. We speak it increasingly badly. 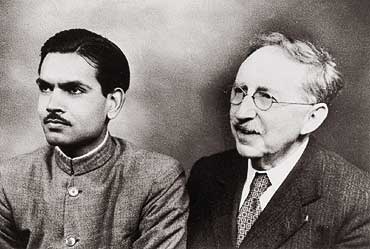 E.M. Forster: A Tribute
By Edited By introduced By K. Natwar Singh
Rupa Pages: 169; Rs 150
This book was first published 38 years ago. Its first Indian edition appeared 23 years ago. So it has had plenty of reviews and no doubt very complimentary ones. But few of them could have predicted how apposite the eclectic selection of Forster’s writings, which form the second half of this tribute, would seem today.

Writing in 1946 about the way we speak English, Forster was able to detect a trend that has, 50 years later, become an undeniable fact. We speak it increasingly badly. "English," he writes, "though more widely spoken than on my last visit, is worse spoken, more mistakes are made in it, and the pronunciation has deteriorated.... The explanation, I think, is that Indians at the schools and universities are now learning their English from other Indians, instead of from English teachers as in the past.... So it’s not surprising that their English is poor. They learn it from Indians and practice it on Indians."

Forster’s perspicacity is equally striking when he comments on the way we write. "Indians have a marked capacity for worship or denunciation," he comments, "but not much critical sense, as criticism is understood in the West." For those of you who habitually read book reviews, this should come as no surprise!

But of all the passages in the book, there is none that captures Forster’s quintessential, gentle, unstressed wit better than his description of a journey by train. It comes from his book, Two Cheers for Democracy. Travelling to Baroda in a second-class carriage, he was able to join in the general confusion and yet sufficiently detach himself to comment on it with humour and equanimity.

"I was travelling one day to Baroda in a crowded second-class carriage. Indians, my luggage, their luggage, myself and a number of loose oranges were piled up together in confusion, and the Indians were arguing. Their language was Gujarati, but they used so many English words that I followed what they were saying. They were arguing about religion and free thought. I intervened and was welcomed into the conversation, which was now carried on entirely in English out of courtesy to me. I did not follow it better for that, but they peeled me an orange and we parted friends."

It’s for the joy of reading such stuff that I recommend this book. At Rs 150, it’s also a steal.