Rupa is to be congratulated for packaging a delightful and undemanding memoir at less than Rs 100. 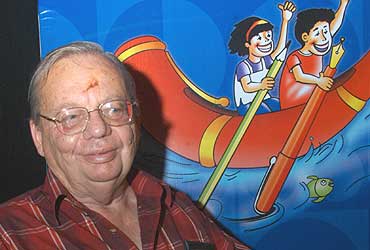 Roads To Mussoorie
By Ruskin Bond
Rupa Pages: 125; Rs 95
Mussoorie’s always attracted eccentrics because, unlike Simla, there’s nothing official about it. Roads To Mussoorie, despite being a light-hearted miscellany, remains quintessential Bond. The title refers to the original bridle path from Rajpur up which we’re told Kipling had toiled to "swallow lungfuls of diamond cut air" which he incorporated into Kim. If the town remains a sanctuary for writers, it’s largely thanks to Ruskin’s dogged dedication that stuck to the muse through thick and thin.

"If you want to write a good story, eat a good breakfast," Bond advises. He should know. The first thing he did at the outset of his freelancing career was adopt his cook. Whatever else he did in his garret, it wasn’t starve. Though short on substance, these amusing anecdotes bear the imprint of his whimsical style and affectionate wit and leave a characteristic fragrance of the simple wonders latent in nature and humanity. His pen sparks into a higher octave when amidst growing things—flowers, trees and children. And his appeal to readers of all ages may lie in his acceptance of the reality that politics is too ephemeral and religion too personal to write about (though I did once hear him say he’d like to be reborn as an Irish tapdancer). Bond digs up some curious historical facts: the widow who performed the town’s first (unsanctioned) cremation in her backyard was warned that she should take permission before setting ablaze any future husband. He also provides nuggets of neglected wisdom: "Some thought has to go into an omelette. And a little love too. It’s like writing a book." This slim volume is illustrated by rustic drawings, one of which shows Kim’s Tibetan lama in the off-shoulder dress of a Thai monk. But these stress-busting recollections are not for the literati. They’ll appeal to the mass base of aspiring India who sacrifice to introduce their children to the acceptable modern face of Macaulay. Rupa is to be congratulated for packaging a delightful and undemanding memoir at less than Rs 100.