How will the Ishrat case charges affect Modi’s national ambitions? Is it to be the ‘grand conspiracy’ game again? 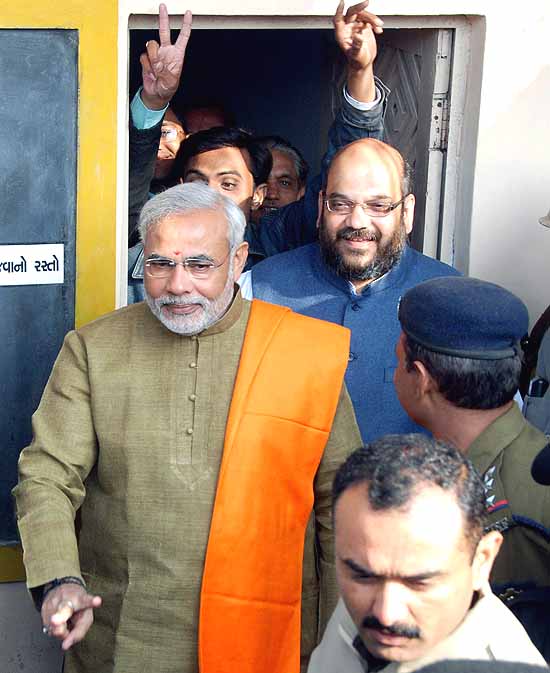 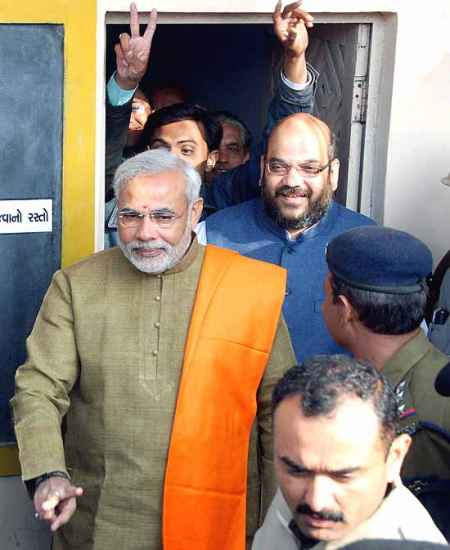 In The Lovely Bones, writer Alice Sebold uses a fabulous technique whereby a teenaged girl who is murdered goes on to recount the quirky, ordinary story of her life and that of those affected by her death. For the dead do have stories to tell. They are only a statistic till they get a backstory, and when a personality is fleshed out, they too can touch a chord with ordinary citizens. Especially if the end was brutal and the victim young.

Ishrat Jahan was just 19 when she was shot dead at point-blank range in what has become one of the most famous, controversial and contested fake encounters in contemporary Indian history. Nine years after her body was found dumped on a road in Ahmedabad, she could become the face that haunts the very ambitious plans of Gujarat chief minister Narendra Modi. She makes an attractive victim, so her story has adequate appeal for the media to keep playing it up at every twist and turn the case takes in a general election year.

Conversely, BJP leaders have begun to argue in private that a “Muslim victim and her very Muslim-looking family” could also become a pivot for polarisation and “Hindu support” for Modi as he tests his national ambitions. Clearly, for all his ambitions to be the great icon of development, growth and purposeful leadership, Modi must know that given his past, when push comes to shove, he must also hope for the raw emotion of Hindus reacting to the existence of Muslims, especially those his regime presented as “ter­rorists” and who have now turned out to be victims. The day after the Ishrat Jahan chargesheet was filed by the CBI, Modi was in Delhi to attend a meeting on the BJP’s campaign plans. And it was apparently bus­iness as usual. Yet it would be interesting to see if Modi would be willing to sacrifice his former home minister Amit Shah, already charged in the Sohrabuddin encounter case, if the supplementary char­g­e­sheet (expected to be filed later this month) links the enc­ounters to a larger pol­itical conspiracy. Now elevated to BJP general secretary, Shah is in charge of Uttar Pradesh where Modi hopes to make substantive gains. Can a man who hopes to be PM depend so much on an individual charged with plotting murder at a time when ’encounters’ have become an issue of national discourse?

As it is, in the age of coalitions, there is something illogical about a politician ploughing a lonely furrow with no regard to regional parties who will play a role in converting support into seats. As an RSS insider put it, “India is not Gujarat and it will be a challenge for him without allies. Issues like the Ishrat case reduce the chances of regional cooperation...we know that.” Sources in the BJP also believe that Modi’s anxiety to become campaign committee chief at the party’s Goa meet last month was possibly also influenced by the need to get a foot in the Delhi door before the encounter cases gave rope to adversaries like L.K. Advani to try and throttle Project Modi.

Indeed, now that the CBI chargesheet has been filed, it is fairly elementary to predict that Modi will also present himself as the man playing for big stakes against all odds with a grand national conspiracy against him. In the go-it-alone strategy the BJP has now staked all on, the presentation of Modi must continue with great enthusiasm for the cadre, even if a tad forced at the leadership level. And so perverse is the political discourse that as more sordid details are fleshed out about the fake encounters, it is Modi who will try to position himself as a victim of sorts. A victim of a CBI witchhunt, of diabolical Congress plans, of an unforgiving minority community that presumes to stand between him and Absolute Power for the Greater Good, of misguided sec­ularists who play to an Anti-National Plot.

The script would certainly work for die-hard NAMO fans. But it can also make some people cringe when the likes of BJP spokesperson Meenakshi Lekhi raises questions about Ishrat’s character (“What was a young girl doing with three men?”) and subsequently adding that since the college student came from a “deprived background”, she was a “fit case” for getting drawn into terrorism. Clearly, slandering the dead will be part of the BJP arsenal even at the risk of offending finer liberal sensibilities.

Where the BJP does have a point is when they point out that this isn’t the first fake encounter to take place in India. It happens across the country every day, sometimes as part of a bigger plan as it did in Punjab when Sikh militancy was snuffed out, in Andhra when the Greyhounds stepped it up against the Naxa­lites, or in Maharashtra for decades against the underworld. False encounters continue with impunity in Chha­ttisgarh, Kashmir and the Northeast. But what is also pertinent is the fact that the Gujarat encounters do not fit any logical pattern of fighting a genuine insurgency or movement. Instead, all the FIRs in the encounters state that the dead “terrorists” came to kill the chief minister during a certain time-frame. The Gujarat police always seemed to be aware of their plans in good time to bump them off. The “terrorists” strangely stopped coming after Modi attempted an image shift to Efficient Development Man. For several years now, he has apparently been quite safe from terrorist threats.

Now this is why the Ishrat Jahan story is so compelling. It makes us take a look at fake encounters as a policy that the state and intelligence forces have all too often resorted to across India. It makes us ask questions about why this happens. It actually cracks open the issue of false narratives being fed to the public. Beyond inconveniencing Narendra Modi and Amit Shah and making them seek legal and political counsel, the case is significant and fascinating because it also raises questions about the workings of intelligence operatives in our country. Ultimately it reveals to us how brutal the police can be in certain situations. And how some intelligence operatives can cook up facts and create false stories, apparently just to please a particular dispensation or to crudely get rid of people who are seen as dispensable.

Hear Them Skeletons In The Bureau?