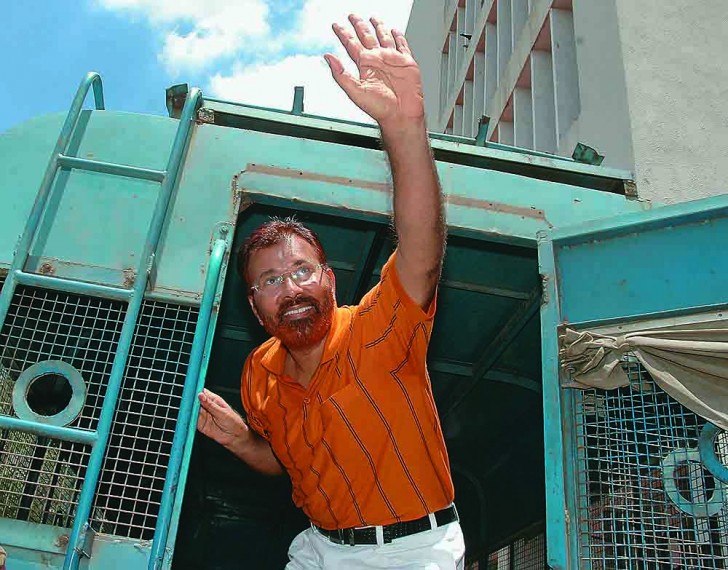 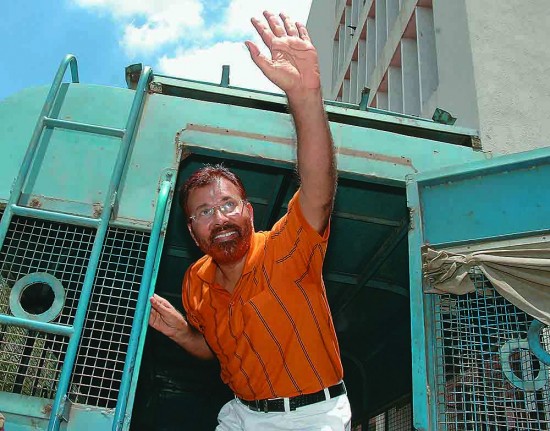 In a stretch of the imagination, they would be the three bearded men in a boat. All three alleged to have been part of the criminal enterprise of murder and false enc­ounters in Gujarat. Except that they have met very different fates—Redbeard (ex-IPS officer D.G. Vanzara, currently lodged in jail) has apparently sunk while Blackbeard and Greybeard (Amit Shah and Narendra Modi) are swimming along, with Delhi in their sights. So Vanzara has complained that Modi—“whom I used to adore like a God”—has forgotten him. He’s also written in his explosive letter last week that all encounters were “the conscious policy of this government that was inspiring them from very close quarters”.

In normal times, this should have been a blow to the Gujarat CM. But in the current economic climate, it seems a difficult ask for anyone to conclusively put the brakes on the momentum that Modi is picking up. The Vanzara letter could therefore turn out to be a case of water slipping off the duck’s back, in terms of political consequences, altho­ugh it does vindicate those who have been saying that the Gujarat government followed a policy of systematic murder.

Such charges are, after all, not new to either Modi or Shah (the latter is currently out on bail in a related encounter case). This blase response operates on a realisation that there is now a certain public indifference to the blood trails that continue to come out of Gujarat. Such issues do, however, remain imp­ortant from the point of perceptions of India in other countries and the sheer morality of a murder accused being the main executioner of a prime ministerial project in the world’s largest democracy. But in terms of immediate damage to Modi’s electoral plans, there appears to be none. 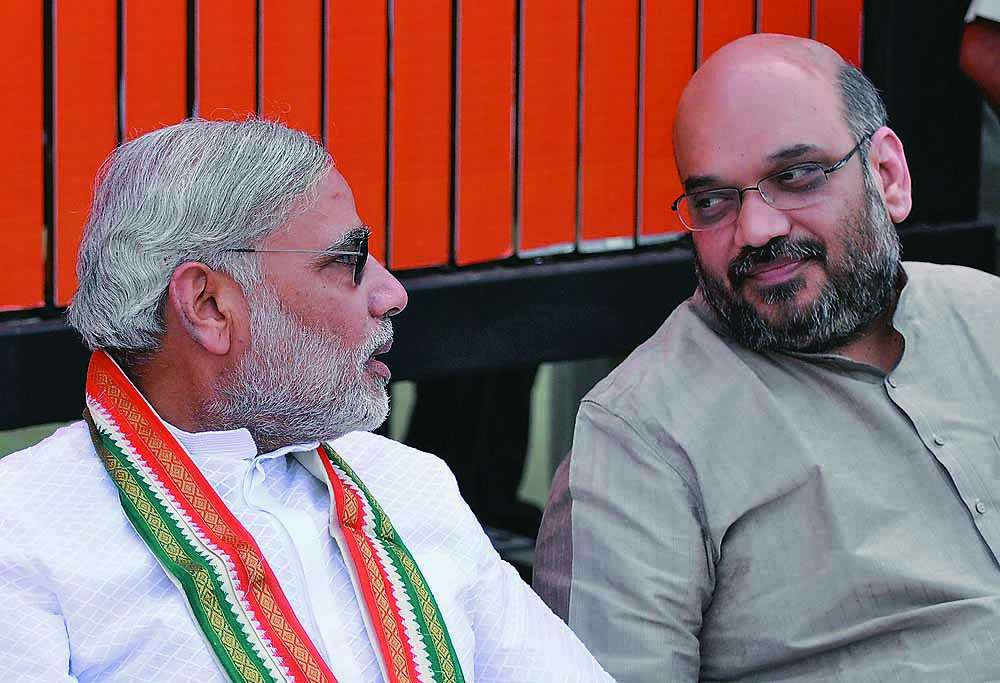 Such charges are not new to Modi or Amit Shah...the public seems indifferent to the blood trails coming out of Gujarat.

Sources close to BJP president Rajnath Singh say it is just a matter of time before Modi is declared the prime ministerial candidate. It will “almost certainly happen before the assembly elections in November-December and likely in September itself”. RSS sarsanghchalak Mohanrao Bha­g­wat has apparently made up his mind and the elaborate process of “consultations” that the Sangh follows is almost complete. Modi supporters say there will be a “rebellion” at the cadre level if he is not declared candidate. Yet, the RSS would also like the appearance of L.K. Advani and Sushma Swaraj endorsing “Modi for prime minister”.

Indeed, sources in the BJP say the picture has changed in the last three months. The Vanzara letter would have been pursued more fiercely by the media if there wasn’t so much middle- class disgust with the UPA regime for having presided over what they see as an economic disaster. As one BJP leader puts it, “Right now, the corporates are behind Modi. Those who have resisted Modi have not fared well...for instance, Advani has been undermined while Nitish Kumar too has found events spinning out of his control after breaking with the BJP on the issue. If Nitish was still in the NDA, he could have used issues like the Vanzara letter to oppose the formal declaration of Modi as PM. But he left too early...Advani also played his card too early.”

The political chemistry in the critical heartland states of Uttar Pradesh and Bihar has also altered in the last few months. Early bird reports from UP point to a growing  enthusiasm for Modi in many urban clusters. Equations in Bihar are also in the process of being reconfigured. The projection of an ‘absolute leader’ has historically had some appeal in times of recession.

The class that is seeking miracle solutions from Modi is not looking at him  through the prism of 2002 and its aftermath. Even if some of them are familiar with that bloody chapter, they are now indifferent to it. Vanzara’s letter is a non-issue for them.