Emma Woodhouse Is Your Friend

On the 200th anniversary of her death, Jane Austen is as hugely influential as ever. Her tales are re-imagined in every new media. 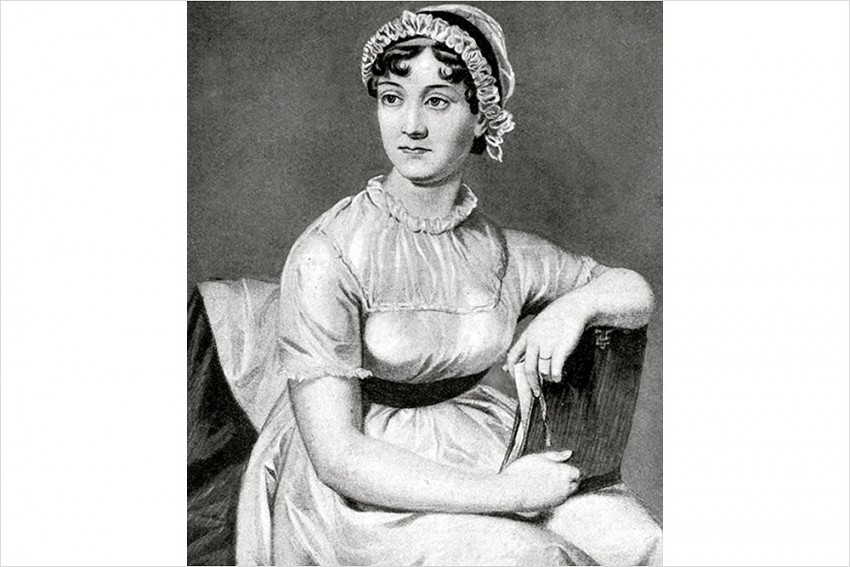 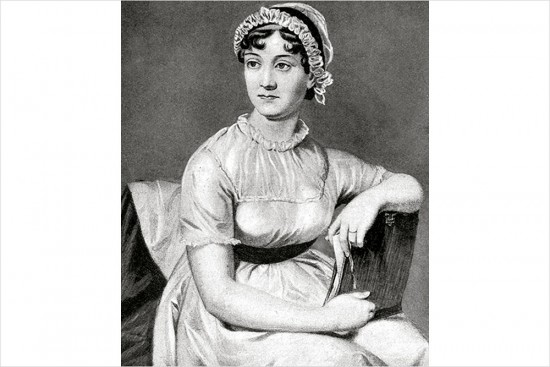 Jane Austen (1775-1817) is in a literary class by herself. A moderately successful English novelist of the early nineteenth century, she’s now an international icon. This year, across the world, her fans seek ways to honour her at the bicentenary of her death. No doubt the extent of her celebrity would come as a surprise to her, particularly the global part. It’s believed that Austen never travelled outside of Britain, although her brothers—esp­ecially the two who served in the Royal Navy—certainly did. One, Charles Austen, died of cholera in Pyay during the Anglo-Burmese War.

Yet Austen’s novels would end up travelling far greater distances than any of her family members, translated into countless languages, from Polish, Persian, and Portuguese, to Tamil, Telugu and Turkish. At least 250 translated Austen editions had been published by 1977. That the novels first app­eared in French, German, Danish, and Swedish in the 19th century may not shock, but that Austen’s fiction was available in Gujarati, Hindi, and Thai by the mid-twentieth century is significant. It gives us a sense of just how early she established an international readership. It cannot, of course, tell us how many readers abroad first encountered her fiction in the original English. There is much yet to learn about the history of what recent scholarly books call The Global Jane Austen and The Postcolonial Jane Austen—as well as what the journal Persuasions dubs ‘Global Austen Today’. 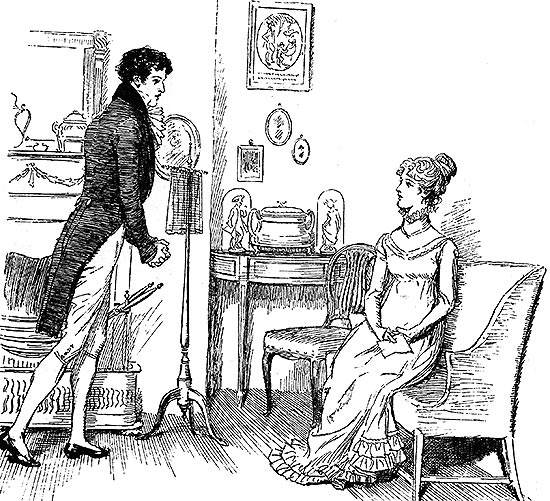 Darcy proposes to Elizabeth in Hugh Thomson’s illustration for an 1894 edition of Pride and Prejudice; left, the famous sketch of Jane Austen

Austen’s international reach in print is substantial, but it’s her extensive pop cultural power on film and television, and vlogs and memes, that has ensured that her stories and characters are now being passed down to next-generation audiences the world over. Over the course of the past two decades, we’ve seen big and small screen Mr. Darcys range from Colin Firth’s wet white-shirted hero in the BBC Pride and Prejudice (1995) to Sam Riley’s heroic fighter of the undead in Pride & Prejudice & Zombies (2016). We’ve seen actor Kate Beckinsale grow up in Austen adaptations, from her youthful performance in ITV’s Emma (1996) to her star turn in Whit Stillman’s Austen-inspired Love & Friendship (2016). From Clueless (1995) to the Lizzie Bennet Diaries (2013), from Bridget Jones’s Diary (2001) to Bridget Jones’s Baby (2016), Jane Austen has travelled far and wide on screen, reaching millions.

Much, but not all, of this work emerged from pop culture producers in the Anglophone world, and much, but not all, has appeared in English. This has been the case in South Asia. Gurinder Chadha’s English-language Bollywood film Bride and Prejudice (2004) may be the best known of the lot, but there are others, too. Rajshree Ojha’s Aisha (2010) is a Bollywood adaptation of Emma, and Rajiv Menon’s Kandukondain Kandukondain or ‘I Have Found It’ (2000) rewrites the story of Sense and Sensibility and tells it in Tamil. Austen’s deeply felt influence in Pakistani culture will be explored in two books out next year, Soniah Kamal’s UnMarriageable: Pride & Prejudice in Pakistan, to be published by Random House USA, and Laaleen Sukhera’s Austenistan, a Pakistani Austen-inspired anthology. How did Austen, and we, get here? What has propelled such extensive adaptation and transmission?

Critics have been arguing for 150 years about why Jane Austen’s work endures. Some say it’s her universal themes that make it possible—family, community, competition, greed, hardship, illness, survival, and love. Others look for time-bound answers and trends. Austen’s reputation for greatness certainly lies in her artistry, from her fiction’s fine-tuned sentences to the deft structure of her plots. It der­ives from her exceptionally skilled irony, wit, and humour, not to mention the brilliant satire and social criticism. What speaks to most readers and viewers are her striking characters, whose foibles resonate across generations and cross-culturally, not only as entertaining but as making the imaginary convincingly real. Some return again and again to Austen’s characters because the act of losing oneself in these stories offers a form of escapism. Austen’s fictional world takes willing readers far afield from their daily lives, as they sign on for a getaway into the minds of plucky heroines and attractive heroes, devouring their satisfying love stories.

How do her novels do it? Virginia Woolf famously argues that Austen is, among the great authors, one of the “most difficult to catch in the act of greatness”. Lest we bel­ieve that this line of thinking emerged in the twentieth century, we ought to refresh our memory: Austen’s early re-publisher, Richard Bentley, writes in 1833: “Miss Austen is the founder of a school of novelists and her followers are not confined to her own sex.... One of the most remarkable traits of her genius maybe found in the power by which, without in the slightest degree violating the truth of portraiture, she is able to make the veriest every-day person a character of great interest. This is, indeed, turning lead into gold; but it would be difficult to detect the secret of the process.” Austen has long struck readers as a sly virtuoso. 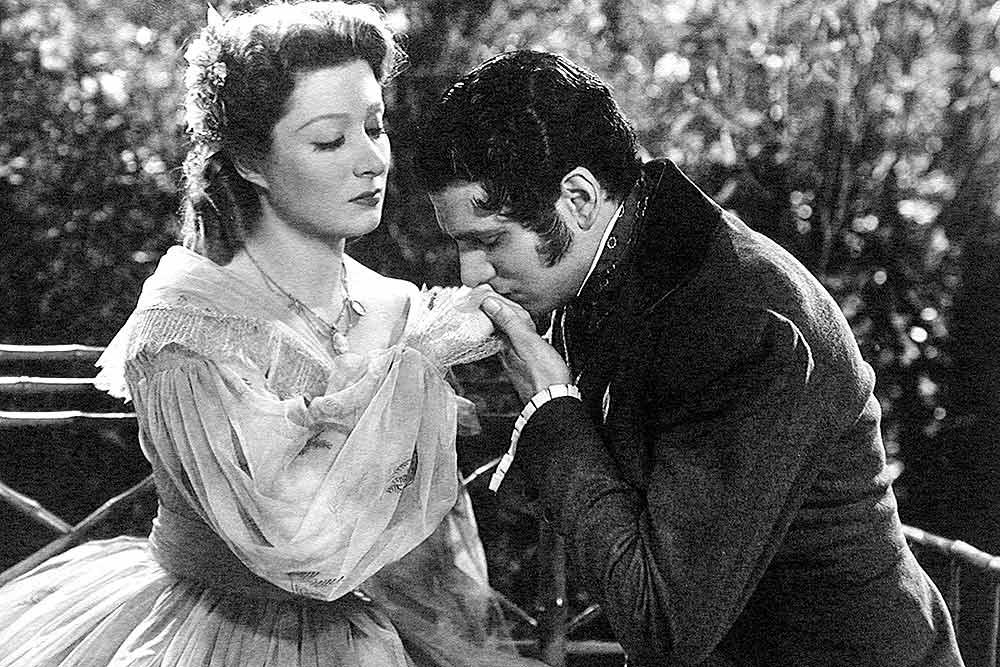 Greer Garson, Laurence Olivier in the classic 1940 version of P&P

If her formula for literary greatness remains inscrutable, however, perhaps that’s okay. Readers do like a mystery—a certain something that they can’t put their finger on. We may be no closer to agreeing on the ‘whys’, then, but we’re getting better at documenting the ‘hows’ of Austen’s fame. That multi-layered story continues to be retold with greater nua­nce and particularity. We’ve long understood that Austen is unusual in attracting both critical acclaim and popular worship. (Perhaps we should call it critical worship and popular acclaim?) What we haven’t understood is that this intertwining of critical and popular success began earlier and had a greater impact than most literary histories describe.

Scholars have been documenting the printed evidence that led to Austen’s literary superstardom for nearly a century, with the first Austen bibliography published in the remarkably early year of 1929 and updated texts following it every few decades. But when we tell the story of Austen’s road to global greatness as if it were principally the result of the recommendations of other greats—of famous critics and authors—we do a disservice to Austen and her early pop culture innovators. Austen and her fiction have travelled forward in time to us, in each generation, not just through the say-so of other authors and critics, but through her being re-imagined in every sort of new media by popular culture innovators, entrepreneurs, and Janeites, as I describe in my new book, The Making of Jane Austen.  I found that Austen was rarely the first among her author-contemporaries to appear in a new popular medium, but once she made the crossover, she unfailingly made a profound, enduring impact. 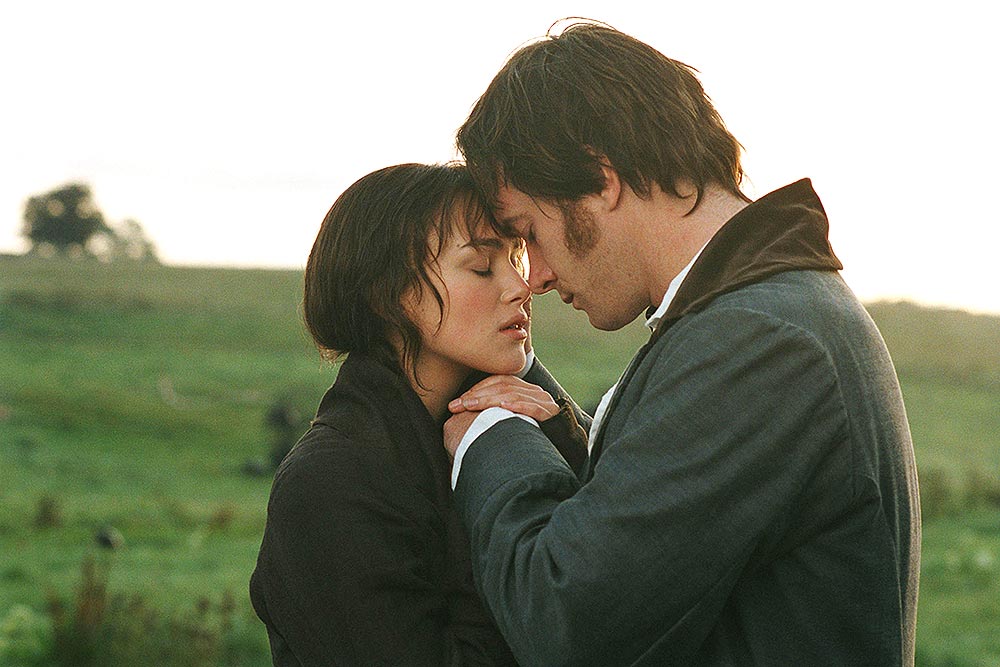 Keira Knighley and Matthew Macfadyen in a 2005 version

After her death, Austen’s fiction became a popular candidate for book illustration (1833 and forward), for use in schools (in America, as early as 1838), for political debate (in British Parliament, as early as 1872), for dramatisation (1895 and thereafter), and for Hollywood film (1940). She’s long been repurposed in print adaptations as well, in a genre sometimes known as JAFF (Jane Austen Fan Fiction). Precursor JAFF texts date back to the Victorian period, but they’ve exploded in number in rec­ent years, with some wonderful novels among them, such as Kathleen Flynn’s The Jane Austen Project (2017). Austen-inf­luenced products, advertisements, games, and trinkets may be traced back to the late 19th century. To be sure, there are some things that our day has invented, such as putting Austen in video games like Agents of Mayhem (a Saints Row spinoff) or creating the Austen-inspired massive multi-player online role-playing game, ‘Ever Jane’. Austen’s likeness being put on the Bank of England’s two-pound coin and ten-pound note is also a new, watershed moment. But these are not moments that came out of nowhere.

South Asian Austen adaptation, too, has a longer and previously unrecorded history. One hitherto unnoticed text is a Marathi-language contribution from 1913. Its author calls the novel a rupantara—a conversion or a variation of Pride and Prejudice, with the title Ajapasuna pannasa varshanni Angla kadambarikartri ‘Jena Ostina’ yancya ‘Praida enda prejudisa’ ya kadambarice rupantara. Its aut­hor was Krishnaji Kesaava Gokhale, a Kokanasth Brahmin who served as a judge and later as diwan of Jath. Gokhale, best known for his short stories in Manoranjan magazine, published six other novels before 1923. In the preface to his Pride and Prejudice variation, Gokhale explains that his title, which may be translated ‘Fifty years from today’, was chosen because he felt that Austen’s 18th-century English social scenarios had still not reached Indian society, after a century of Western education. Gokhale says he chose this title hoping that the social circumstances in Austen’s fiction would reach India fifty years hence. A later critic calls Gokhale’s Austen-inspired work “fine and fascinating”. It deserves further attention from critics. 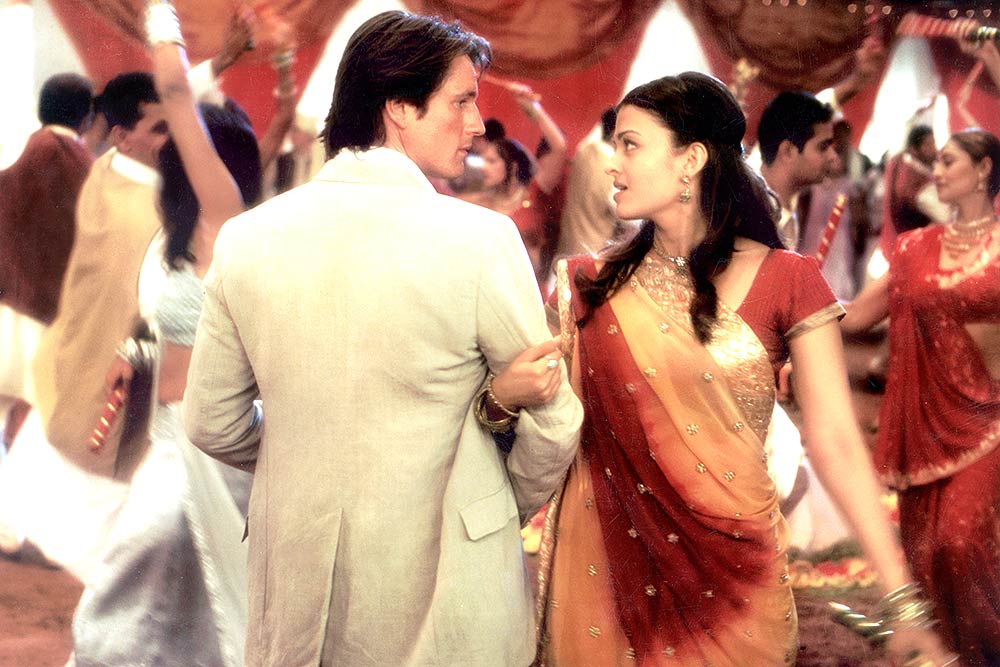 As we celebrate Austen’s bicentenary this year—examining the ways that her fiction not only entertains us but asks us to examine cultural practices, to question what is expec­ted of us, and to make choices leading to more meaningful lives—we must look back as well as forward. Jane Austen’s global reach has exploded in our own time, but it has also grown out of more than a century of crucial pop culture groundwork. It has come out of Austen’s texts appearing in many languages, produced by a global network of writers and consumed by countless readers. In Pride and Prejudice, Elizabeth Bennet tells Darcy, just after they are engaged to be married, “Think of the past only as its memory gives you pleasure.” As long as Austen’s fiction brings pleasurable memories to readers and inspires new authors—as long as it is reborn in fresh forms in popular culture—there is every reason to believe that she will continue to hold a most honoured place in literary history, not only at the 250th anniversary of her birth, in 2025, but far beyond it.

‘Mother India Is A Saga That Transcends Its Time And Space’