Mamata hides behind her sabotage theory 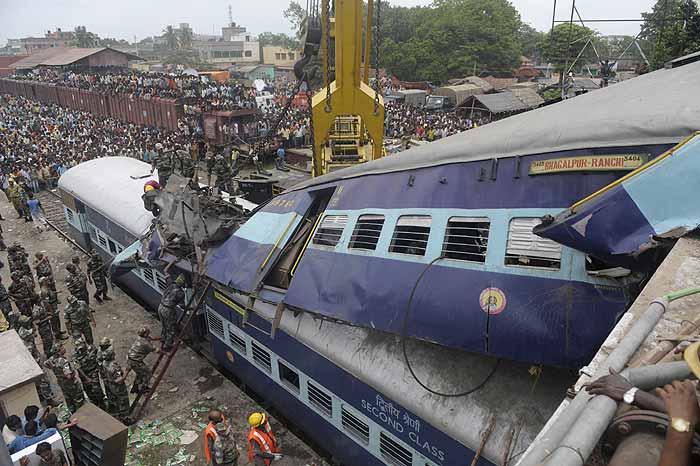 The cause of the July 19 accident, in which the Uttarbanga Express collided with the stationary Vananchal Express, killing 67 people and injuring 150 in Sainthia, W. Bengal, is still a mystery. While there are suggestions that it was sabotage, initial reports point to a signalling or track-changing error. Some theories blame the driver and assistant driver of the Uttarbanga Express, some a fault in the braking system. And, at the time of writing, a vital fact still remains to be determined: whether the signal before the Sainthia station was red or green.