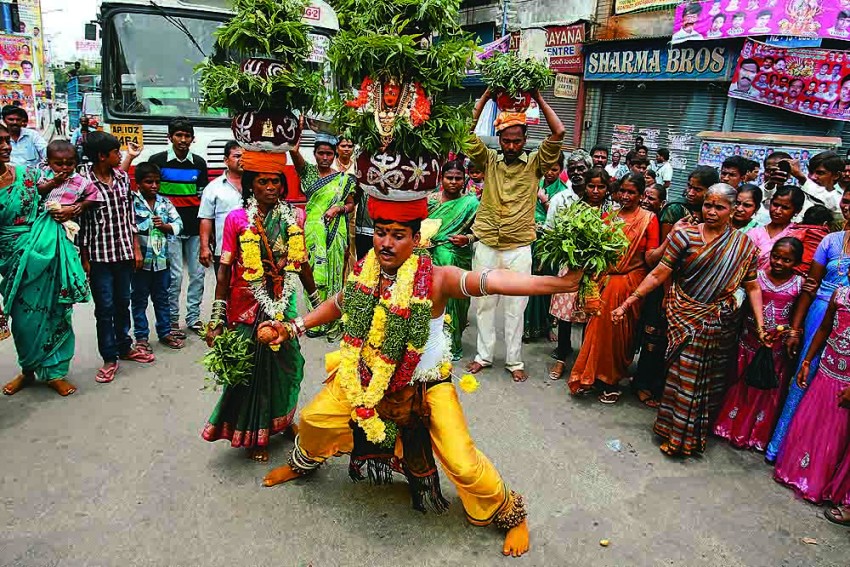 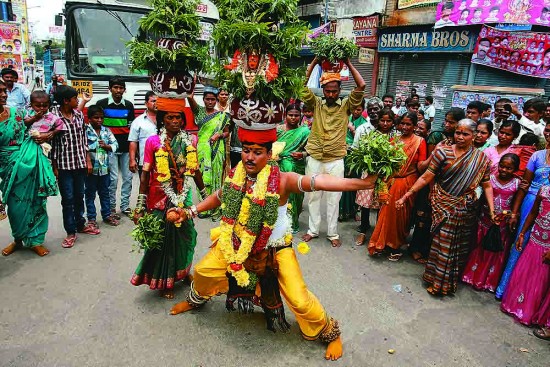 How different is the Telugu spoken in Telangana from that in the rest of Andhra Pradesh? An outsider or a dyed-in-the-wool Andhra unionist may consider them the same. But that would be glossing over a form of Telugu spoken in Telangana—not to use the condescending term ‘dialect’—that’s marked by a unique voc­abulary and diction. And a full reckoning can’t be made of the long desire for separation without looking at these linguistic-cultural differences.

The differences owe partly to history. Present-day Telangana was part of the erstwhile Hyderabad state, whose map included parts of modern Andhra Pradesh, Karnataka and Maharashtra. A post-Mughal state under the Nizams between 1724 and 1948, it operated with Per­sian (and later Urdu) as its official language, because of which many Farsi words have permeated into the Telugu spoken in Telangana.

Most of the rest of Andhra lived through these centuries as part of ‘Madras’, the British Presidency. Four years after getting statehood in 1952, following Potti Sreeramulu’s historic agitation and fast to claim a separate ‘Telugu’ province, Tela­ngana was merged with it under the States Reorganisation Act, 1956. It went from being governed by Urdu-speaking bureaucrats, many of whom shifted to Pakistan, by those from Andhra who spoke a form of Telugu vastly different from theirs. “They could have been Tamilians for all the locals cared. ‘Idli Sambar Go Back’ was the slogan those days,” says Sheela Reddy, a Delhi-based writer from Hyderabad.

Since Telugu couldn’t prosper in the written form under the Persophone Nizams, its Telangana form has a rich oral character.

P.V. Sateesh, a Kannadiga who has lived in Telangana’s Medak district for over two decades, says, “This form of Telugu, enmeshed with Urdu, Marathi and Kannada, is seen as impure by speakers from the rest of Andhra.” The feudal rule of the Nizams also meant the majority in Telangana were marginal farmers and casual labourers, easy to think of as ‘unrefined’. The condescension is often reflected in Telugu films where villains and clowns are shown with Telangana speech styles. “It’s this kind of humiliation that makes them feel like second-class citizens. They may have a somewhat raw culture when compared to the finesse of, say, Kuchipudi but they have their special forms of expression,” Sateesh adds.

Telugu could never prosper in the written form under the Nizams—education being offered and state affairs conducted in Urdu—but its Telangana form has a rich oral character. “It has a certain freshness,” says Reddy. “Like, a straight road is compared to a perfect hair parting and boiling milk qualified with the onomatopoeic petta-petta.”

The Telangana speech and literature published in it has been intrinsic to the statehood campaign. “Just as Laloo Prasad Yadav connected with his base in Bhojpuri, TRS leader K. Chandrasekhara Rao used the Telangana dialect to draw supporters. It’s not just a dialect but a jeevat bhasha that expresses the feelings of our people,” says writer Kaluva Malliah, whose short stories use the Telangana form.

Other aspects of Telangana culture too vary considerably from the rest of AP. Bonalu, the ongoing monsoon festival, is a Telangana speciality. Again, Bathukamma is celebrated by women in Telangana a week ahead of Dussehra to honour goddess Gauri. Journalist Shailesh Reddy speaks for many Telanganites when he says, “Our cultural identity has not been recognised. It has been ridiculed.”

We Are All Indians