It’s a tough call for the BSP: the closer it gets to Muslims, the more it alienates upper castes 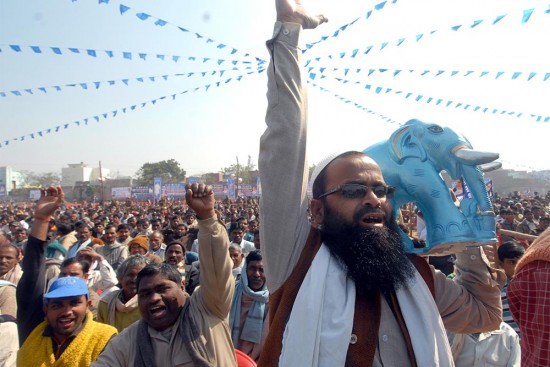 Those with ears to the ground can hear the buzz of a movement that is under way in rural Uttar Pradesh. Mayawati’s footsoldiers and those who identify with her party’s ideology are moving around in villages, holding “secret” meetings with Dalits and Muslims. They are trying to bring together these two communities, who make up around 40 per cent of the state’s population, as they work out the contours of the much-discussed Dalit-Muslim alliance in the run-up to the 2017 assembly elections.

“These groups have noticed the churning in UP,” says Mohammad Sajjad, associate professor of history at the Aligarh Muslim University. “The subalt­ern Mus­lims can sense that even though they have been prey to communal violence during Akhilesh Yadav’s rule, the upper-class Muslim is still not angry with him. This has sparked a conflict and debate among Muslims. Elite and middle-caste Muslims are moving towards Akhilesh Yadav, while Pasmanda Muslims (groups marginalised within the Muslim social hierarchy) are getting closer to the BSP.”