A hundred years ago, Bangalore was the first Indian city to see the light 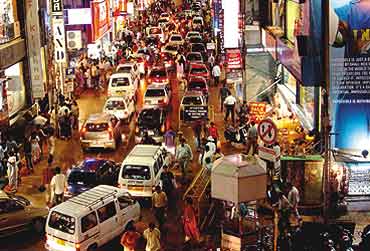 outlookindia.com
-0001-11-30T00:00:00+05:53
Bangalore, it seems, has decided to live only for the present, without a thought to spare for its past. How else can one explain the lack of any celebrations for a centenary which, literally, threw light on the city? A hundred years ago, Bangalore became the first city in India to be electrified by hydel power. It was a dramatic moment, the lamp-posts in the city market area lighting up the night sky, their glow matching the silver sparklers up above. There’s a vein of thought which believes that that was when Bangalore’s foundation as Asia’s leading high-tech hub was laid. But the event’s significance—a result of the vision of the then Mysore government under Krishnaraja Wodeyar—has been lost in the present-day clamour for better infrastructure for the city.

It was under the second phase of the Cauvery Power Scheme that it was decided to bring electricity to Bangalore. Under the first phase which became operational in June 1902, power was transmitted to the Kolar Gold Fields (KGF), 92 miles away from a power station at the foot of the Shivanasamudra Falls. The 92-mile dual transmission line between the power station and KGF was then the world’s longest transmission line. But in 1903, when it was realised there was excess power being generated, the plan to electrify Bangalore, which falls midway, was drawn up. 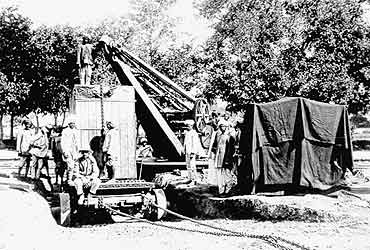 Historian Gajanana Sharma, who has chronicled the coming of electricity to Karnataka, quotes some prescient lines from the project proposal of Mac Hutchins, a British engineer: "...Most of the electricity that we are producing is being supplied to the gold mines, but the gold mines will not last forever. We have to make alternate plans for the power we are generating... We have to meet industrialists and convince them to set up industries in Bangalore and ensure that the power we are generating is constructively utilised in the future...." The maharaja approved the plan on May 30, 1904, and work began for laying a 35,000-volt single transmission line across 57 miles.

It may be of interest to today’s consumers that when power came to Bangalore, an innovative monthly tariff was worked out. For a tubelight or a 40 watt bulb, one rupee and 2 annas were charged. No matter how much power was drawn, it was a blanket price for the consumer. And according to an agreement between the city corporation and the Government of Mysore for street lamps, the corporation had to pay an annual princely fee of Rs 15,000. Still, by the end of 1905, there were 1,395 street lamps in Bangalore city. The electrification was so celebrated that Bangaloreans even feted Maharaja Wodeyar with a line of thanksgiving: "Krishnaraja boopa manemanegu deepa," which simply means ‘King Krishnaraja is the light of every home’.

In belated recognition of this historic anniversary (the actual 100th anniversary fell on August 19, 2005), Bharat Lal Meena, MD, Karnataka Power Transmission Company Limited (KPTCL), made an announcement: the setting up of a "light museum" in the city. "It will be called the Centre of Excellence for Lighting (CEL)", he told Outlook, and will be designed to be of interest to lighting professionals as well as the general public. The museum will showcase cutting-edge technology in lighting for diverse arenas, from theatre, painting and photography, to laser/light shows, and holographic 3-D images, he said. With the amazing pace at which Bangalore is evolving, one line says it all: lead kindly light!

Agree Now, Or It's A No Deal