Works mainly because it’s plausible, engaging, fresh and tugs quietly at the heart-strings 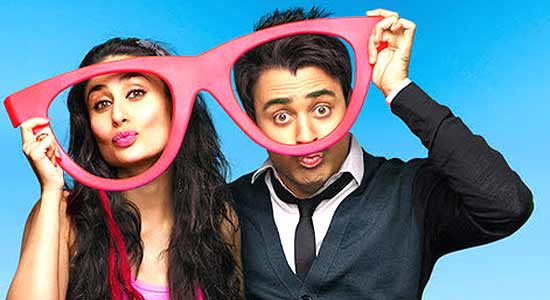 Just how varied can love stories get? Despite their individual paths, most romances get grounded in familiar situations and emotions. Shakun Batra’s debut feature, Ek Main Aur Ekk Tu, doesn’t do anything radical or cutting-edge to the idea of love, but works mainly because it’s plausible, engaging, fresh and tugs quietly at the heart-strings.

Instead of the dramatic twists and turns, EMAET offers a small slice of romance between two disparate individuals. It’s about their steady interactions, shared moments and conversations, underlined with gentle humour. In fact, their coming together is the one element that grates, besides drawing comparisons (and unfairly at that) with the Hollywood rom-com What Happens In Vegas. Surely, there could have been a better way for two people to find each other than through inebriation and unintended matrimony?

EMAET is actually yet one more in a series of post-liberalisation, smart, witty, urban Bollywood romances that are all about figuring out the difference between falling in love and finding friendship—between “dost se pyaar” and “pyaar se dosti”. Here, we have Rahul (Imran), a poor little rich boy who has everything, yet nothing going for him. Like Sid in Wake Up Sid, he hopes to wake up one day to find he’s figured out everything in life. On the other side of the divide is Rianna (Kareena) urging him to loosen up. He thinks she is the most sorted person around, while she knows she is a “defective piece” herself.

Much of EMAET’s essence is in its music. Amit Trivedi’s riffs are reminiscient of some of his earlier melodies, especially Aisha’s Shaam. Armedwith Amitabh Bhattacharya’s easy lyrics, he gets the spirit of the film right. Imran is well cast as the “tight-face”, “average” boy. It is his family that’s caricaturised, especially his mom (Ratna Pathak Shah, seeming like her character in serial Sarabhai vs Sarabhai). Kareena’s family, played by nameless actors, is loveable and she is charming and natural. EMAET ends on an unexpected note. But its singularly pleasing aspect is that, for a change, the woman does not get objectified. The film’s resolution is as much about the heroine’s mind as it is about the hero’s heart.