The heroine sings, the subtitles teach. Chitrahaar as educational tool. 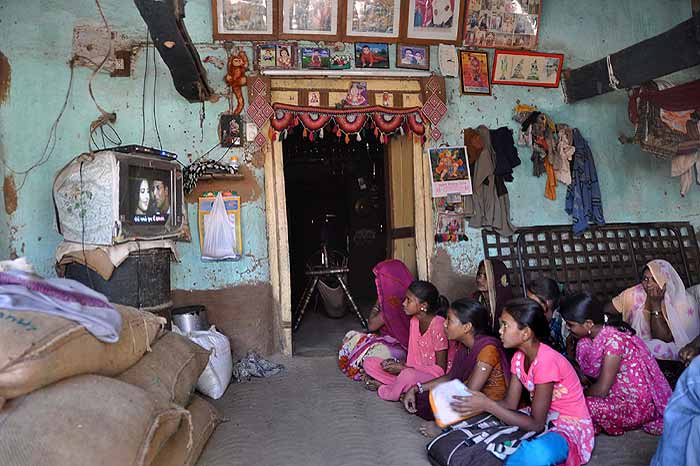 It’s hard to imagine Pedro Almodovar playing a crucial role in a literacy drive in India. But Brij Kothari, associate professor at IIM Ahmedabad’s Centre for Educational Innovation, likes to thank the Spanish filmmaker for planting a seed in his brain that grew into a full-fledged educational project. Watching Almodovar’s classic Women on the Verge of a Nervous Breakdown in between finishing his doctoral thesis at Cornell University, New York, in 1996, Kothari found himself wishing the English subtitles had been in Spanish instead. “As a new learner of Spanish, it would have helped me ‘hear’ the dialogues better and hence improve my grasp of the language,” he recollects. That was when Kothari first began wondering whether subtitled Hindi film songs could be used as a tool to spread functional literacy in India. A decade-and-a-half later, that fleeting thought has grown into a successful literacy initiative playing out quietly in small towns and villages across India.

The logic is simple: there are over 650 million TV viewers and Bollywood is a passion for most. Harnessing these two realities together, Kothari’s team at PlanetRead (a non-profit organisation he set up) subtitles film music programmes on Doordarshan, like Rangoli and Chitrahaar in Hindi, Chitrageet in Marathi and Filmy Sargam in Gujarati to take reading practice to millions of homes.

“It’s a cost-effective and fun mode of teaching,” Kothari says, and we get a glimpse of that in the dusty Bharkunda village, about 40 km from Ahmedabad. We walk along narrow alleys, past the panchayat room and mandir in this village of 200 houses and 1,100 residents, to reach the freshly cleaned courtyard of Mahodji Thakur’s home. Here, a rundown Sansui TV, caringly covered with a plastic sheet, occupies pride of place amidst several sacks of rice atop a huge canister. Photos of several gods and goddesses stare down from the walls, a fan screeches above and Jeetendra sings “Bade bewafa hain ye husnwale.” The gaze of the gathered villagers is fixed on the screen where, besides the song, its subtitled lyrics  stream along at the bottom.

Among ‘early-literates’ who watched the subtitled programmes, newspaper reading went up by 50%.

“Bachchon ko bahut faayda hota hai (It benefits the kids a lot),” pipes up Pramilaben Nandubhai Thakur as we warm up to a discussion. This mother, who once dissuaded her children from watching film-based shows, is now more than happy at the happenings on the tube. For the primary schoolkids singing along as Madhuri Dixit heaves to “Dhak dhak karne laga” or Nana Patekar and Mallika Sherawat dance to “Kiya kiya”, things couldn’t get better. They may not know what karaoke means but shyly point out, “apne aap gaane ka man karta hai...gaana seekhne mein mazaa aata hai (we automatically feel like singing...we enjoy learning a song)”. It helps them remember the songs better; some even admit to writing the songs down in notebooks, in the process improving their writing skills as well as their reading ability in Hindi. “It complements classroom learning,” says researcher Hema Jadvani.

“The best part is, we get to memorise new words without even knowing we’re doing it,” says Shilpa Thakur, an 8th standard student.  From what the children say, better grammar, improved usage and an expanded vocabulary are the main payoffs. “That it is rooted in entertainment is what makes this tool powerful, it’s about instant gratification and, at the same time, motivating people to learn,” says Kothari.

Interestingly, the men in the crowd, most of them farmers, also have something to say. “Ab hum Hindi mein aaraam se bol sakte hain, jab hum fasal lekar market jaate hain to Hindi bahut kaam aati hai (We can talk comfortably in Hindi, when we go to the market with produce, knowing Hindi helps a lot),” says sarpanch Karaji Khodeji Thakur. 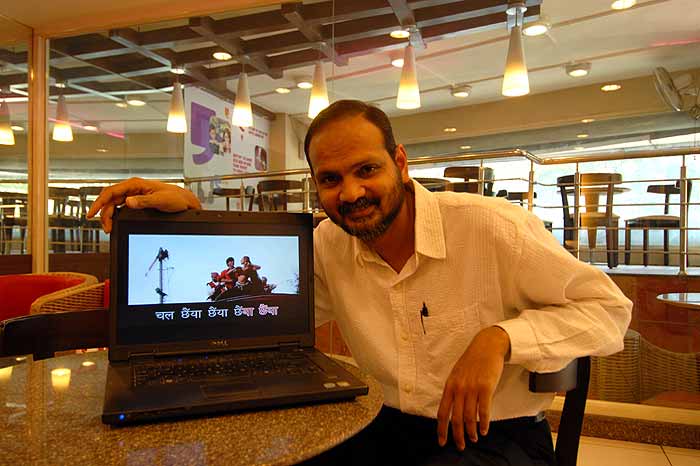 The learning did not happen overnight, though. It took time for the villagers’ eyes to get used to catching the visuals and the subtitles simultaneously. But ask them today if they’d rather watch the show without those streaming letters and the answer is a resounding no. The response is similar in smaller, more picturesque Khodi village, 10 km away. “Ab shabdon ki samajh behtar ho gayi hai, iski aadat ho gayi hai (We understand the words better now, we have got used to it),” says Bhavana Praveenbhai Sodha.

This vote of approval is a welcome gift for Kothari who initiated the project after much academic research and scientific investigation in the late ’90s and early 2000. There were setbacks: it was not an easy project to sell to either policymakers or corporates. Rejection, resistance, delays, acceptance—Kothari has been through the cycle and emerged wiser. After a successful pilot project with disadvantaged kids, things began to take off, gingerly, with Gujarati subtitles appearing at the bottom of a Gujarati film music programme in 1999. Hindi subtitling began humbly with Chitrahaar in 2002. Today, however, Kothari’s organisation works on DD shows in eight languages—Hindi, Marathi, Gujarati, Kannada, Tamil, Telugu, Punjabi and Bengali—with a 30-member team subtitling songs sent to them by the relevant DD kendras.

“Our main target group is the early-literates, people who are officially ‘literate’ but who cannot read, for example, the headlines of a newspaper,” says Kothari. He pitches their number at about 300 million. “Studies conducted over a period of time amongst those who watched the subtitled programmes showed that newspaper reading had gone up by 50 per cent, that women could read bus schedules and more children were enrolling and staying on in schools,” says Jadvani.

Meanwhile, Kothari keeps experimenting. The latest idea is to use Gujarati subtitles for Hindi songs, to see if a language can be grasped better with the aid of one the viewer and listener already knows well. A recently launched website, www.desilassi.com, targeting millions of NRIs who want to learn Indian languages, features Bollywood songs with subtitles. Says Kothari, who’s clearly having fun too, “With subtitles, there’s no end to how you can innovate for learning.” A tryst with Almodovar has indeed come a long way.

Me And Mine In A Plane Of Our Own