On the economic front, positively engaging with China is vital 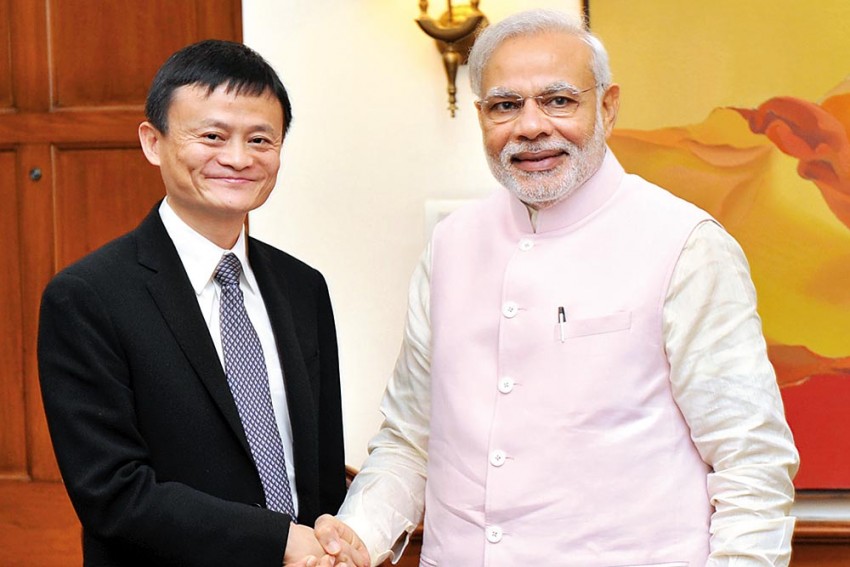 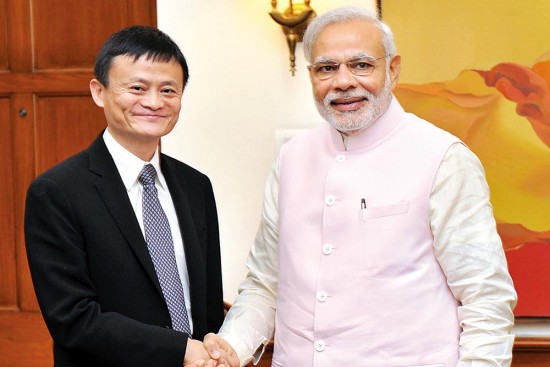 There appears to be a world of difference between the images presented by India-China economic and commercial ties on the one hand and the politico-strategic on the other. Interactions and exchanges with representatives from both these domains are markedly different in tone and tenor—the former focus on the opportunities, openings, benefits and profits while the latter dwell more on the dangers, threats, challenges and disputes.

Prima facie, they appear to be working at different levels, according to their own—somewhat different—logic and rationale, and it does not look like they will converge any time soon in a more composite picture of this most critical of relationships in the world today. The political understanding at the highest level, which is committed to building a strategic and cooperative—and now more promisingly ‘developmental’—partnership, struggles with deep suspicion that runs through practically our entire strategic discourse. On the other hand, economic engagements have ­become the most dyn­amic and transformative aspects of the India-China rel­ationship today. But this has to contend with the structural mismatch between the manufacturing strengths and industrial capacity of the two economies—and therefore, unsurprisingly, perceived by and large as a situation that works only to China’s advantage. The controversial and contentious political issues and the angry exchanges understandably garner greater attention.

And yet we must ask ourselves as to whether that is all there is to the overall picture. The fact that China is India’s largest trading partner no longer comes as a surprise. But let us flag the problem straightaway. For starters, we will have to accept that India’s bilateral trade deficit with China—a whopping $46.56 billion in 2016, as Indian exports continued to decline—will plague us for some more time. While the total India-China bilateral trade in 2016 amounted to $70.8 billion, there was an overall decline of 2.1 per cent. According to the General Administration of Customs, China exports totalled $58.33 billion, registering an increase of 0.2 per cent compared to $58.25 billion in 2015.

Jack Ma's Alibaba has more than 50 per cent stake in Paytm, ­another Indian ­success story.

This is a trend that has been in place for more than eight years now and is unsustainable. Today, the US and China—after three decades of the most dense economic engagement—are still asking the question as to who benefits more. That there are bound to be winners and losers in any trade relationship is the stuff of basic economic theory. But it also makes the partners better off than before and is a dynamic process, which can be turned around as increase in efficiency cuts costs and economies of scale emerge. There are issues which need to be addressed—particularly India’s frustration at the Chinese continuously blocking its push to enter the Chinese agricultural, pharma and IT sectors. The important thing is to identify the problem areas and work on them and not put a stop to trade.

China is one of the fastest growing sources of FDI into India. It jumped from 35th position in 2011 to the 28th in 2014 and 17th in 2016, according to figures put out by the Department of Industrial Policy and Promotion. Over the last decade and a half, the total amount to have come in is estimated to be approximately $1.6 billion, though independent non-government sources estimate it as closer to 2 billion or more. Clearly, things are changing, unobtrusively, but at a spanking pace. In just a little over five years, notable successes have been notched up. Xiaomi, China’s fourth largest telecom company, reportedly assembles one phone every second in its factories in India 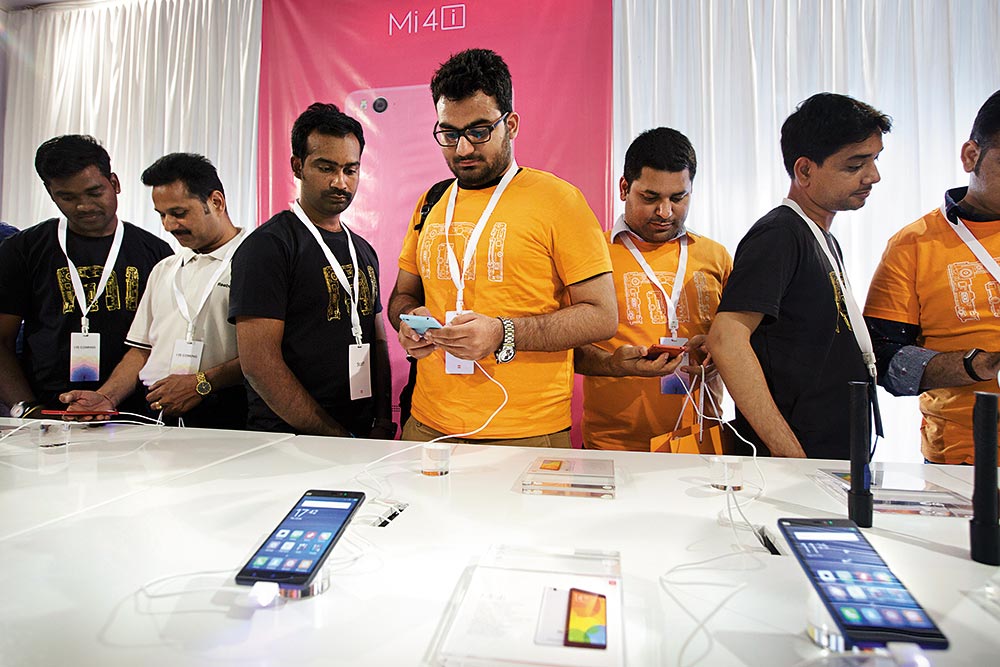 Chinese phones on display in India

These cheap Chinese cellphones have unarguably enabled a mass digital-literacy leap across the country. Reportedly, seven more smartphone companies are proposing to set up their factories in India.  Alibaba has more than 50 per cent stake in Paytm, another household name and a success story in India. A major chunk of Chinese investment is also going into the Indian power and automobile sector and enthusiastic reports from an expanding ambit of Indian states where Chinese investment is steadily exploring options are adding more grist to the mill.

The China-India economic interface also recalls in many ways the US-China economic relations of the late 1980s and 1990s, especially when structural changes in US capitalism accelerated the outsourcing of jobs to China. We are witnessing a rise in labour costs in China, which are sending out Chinese companies to many countries in Asia. India, with its nearly 10 per cent less labour costs compared to China, is hugely tempting. And here we can broaden our ambit by grabbing the opportunities that have opened up with the global value chains now dotting the Asian landscape. The India-China bilateral economic interface can move in tandem with cooperation at the regional level. But, there is a perception problem—India must not be seen as holding up reg­ional economic arrangements, even as we reserve our call on the ‘belt and road initiative’, though that is a call that will have to be taken sooner than later.

China’s leaders, as they themselves put it, are rebalancing their economy. Critical reforms in the financial sector and in the hukou system (which had hitherto blocked internal movement and impelled ordinary folk to save rather than spend), are on the anvil. Policies to bring about the shift from manufacturing towards increasing consumption have been initiated. China’s role in the world economy is changing—its middle class is poised to double from its currently estimated 400 million. It is—and will be—consuming more of what the world makes.

We need now to position ourselves to deliver what China would like to consume. While the areas are fairly obvious—apparel, luxury goods, tourism, eco-friendly domestic products, health care etc. serious homework has to be done. Studies of the nature of consumer markets, their specific socio-economic and cultural features and particular needs of different strata, would go a long way in providing Indian companies with that extra edge when competing with other companies world wide for this massive market, as we would necessarily have to.

It's no longer about whether we can do ­without China, the point is that this economic engagement is ­inescapable.

Finally, the future trajectories: China has made tremendous strides in the direction of transitioning to an innovation-based, alternate-energy propelled economy. India’s large IT talent pool, cheaper and English-proficient—being eyed by China’s companies aiming for global competitiveness—is an enormous leverage, even as we broaden our own options to source technology.  Both China and India would be keen to ensure that the forces of economic globalisation do not suffer as a consequence of the ­upheavals in the western hemisphere.

India-China dynamics—especially economic—have been a function of their politics and their sec­urity concerns. The gains notched up so far have been the outcome of an essentially political, top-down process. This would likely remain so, till some deep-seated Indian concerns are addressed by China and the vital structural reforms in India have been successfully implemented and economics is consciously given precedence.

The question is no longer whether we can do without China, the point is that this economic ­engagement is now inescapable. Both countries are offering growth opportunities to each other, and while the process is state-driven in China, the entrepreneurial sections in India have tasted blood. India has tasks crying out for urgent execution—modernisation of infrastructure and its ‘Make in India’ and “Skilling India’ projects. The investments required are colossal and China has those kinds of resources.  There may be debates about the extent and sectors that can be opened up, but this is not a boat to be missed. Unlike the situation at the turn of the century, no further imagination is lacking about the enormous potential inherent in this partnership.

It is instructive that notwithstanding the backdrop of prickly political issues, this is not a relationship that has stood still. India and China are possibly managing and fashioning their politico-economic relationship with ‘Chindian’ characteristics. The last year in particular saw bitter exchanges over various issues. But the economic turbines continue to roll. Were the Indian State to step in and facilitate the movement of these entrepreneurial drives, they would pick up the required momentum. A thriving economic partnership and interdependence may not necessarily make the India-China relationship immune from conflict, but it would certainly inject more prophylactics into the system and give pause in trying circumstances. Xi Jinping had committed to invest $20 billion. Carpe diem!

(Alka Acharya is a professor at the Centre for East Asian Studies, School of International Studies, JNU, and the former Director of the Institute of Chinese Studies, Delhi.)