Echoing Calls Of The Mountains

Layered with adventure and contemplation, a Himalayan anthology strikes out in all directions 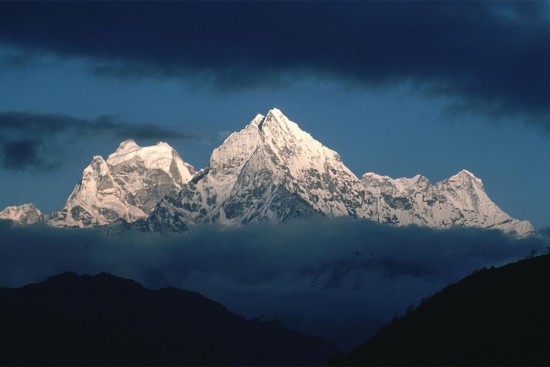 About halfway through Himalaya, it feels like the sixth day of a long trek. By then, all city sounds have slowly seeped out of you, all man-made structures have gradually crumbled in your memory, the office is a place someone else goes to. All that matters is the next step—sometimes in sheer fatigue, almost giving up as the peak seems insurmountable, sometimes in utter exhilaration as the next halt is just round the corner. You become one with the serene rivers, the chattering trees, the loud waterfall, the unending meadows, the sombre lakes, with the barking deer, the scarlet minivet, with the Trishul and Panchachuli, with the rare air, clear blue skies and fire-fly like stars.

Namita Gokhale is Kumaoni who spent her childhood in Nainital gazing at Nanda Devi on clear days and Ruskin Bond is a Garhwali, well practically, having made Landour his home from the days when he could get there only on mule-back from Mussoorie. The editors know their Himalayas and this anthology has a firm, well-trodden quality about it, like a seasoned trekking guide sure of his paths. So, when you have just finished reading exp­lorer Sven Hedin’s Between Wolves and Shipwreck, about his adventures in Ladakh in 1906, there is a piece by Heinrich Harrer, the Austrian climber who, along with Peter Aufchnaiter, escaped from prison in India to reach Lhasa (his journey is immortalised in Seven Years in Tibet), written 40 years later, where Harrer describes being chased by bloodthirsty bandits in high snows, and says about a particularly tough landscape: “First put on the map by Sven Hedin, this pass—the Sela-la—leads to Shigatse”.