No, the food bears no semblance to the runny yellow dal and coarse rice that goes for jail food in Bollywood. 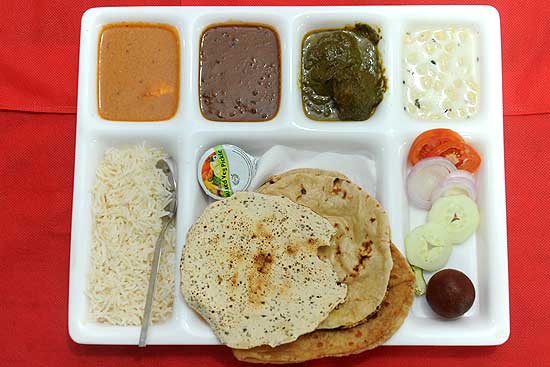 In red and white pinstr­iped shirts and black pants, they parade to work. The bright yellow needlework on their red caps screams their employer’s name—TJ’s, or Tihar Jail’s. Soon they are in Tihar Food Court, 200 metres away from the central prison. Tho­ugh Tihar’s new eatery can be accessed from the jail, the eight employees—murder convicts with good conduct, and culinary skills tha­nks to a hotel management cou­rse—prefer taking the road.

The modest, tasty meals are not made within the premises, but come from the canteen of jail No. 2 inside Tihar. No, the food bears no semblance to the runny yellow dal and coarse rice that goes for jail food in Bollywood. The soft, hot rotis, served even before you can ask for more, though, are made in the eatery’s uber clean kitchen. And the ‘delux thaali’—with dal makhni, paneer, mixed-vegetable, raita, roti, rice and gulab jamun (Rs 130) does absolute justice to its prefix. Feeding nearly 70 guests through the day, the two-month-old restaurant is waiting to rece­ive around 150 footfalls daily, before preparing all the items listed on the menu—from snacks, chaats, mini meals and rice specials. Achieving that number, the staff say, should prove to be a a cakewalk, considering the popularity the venture has gained among guests curious about the waiters, who wear untiring smiles throughout.

It is not merely the Rs 74 they get as daily wage, or the occasional freedom they enjoy, which unfailingly takes them to work. It is the new-found dignity in conjugal and family meetings, not conducted from behind iron bars but inside a rest­aurant that drives them.