Students to be free to go by mother’s name 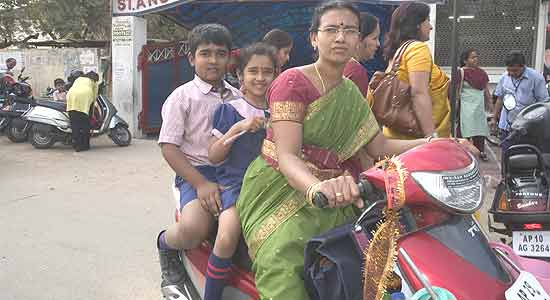 The gender bias of our society, which is largely patriarchal, is evident even in secondary school certificates. Besides the student’s name and grades, it’s only the father’s name these certificates mention as an additional marker of identity. The Andhra Pradesh government now plans to make a difference by allowing students to choose between giving their father’s or their mother’s name.

In a recent government order, the state government has allowed the children of joginis—who, like devadasis, are bonded to temples in a kind of religion-sanctioned prostitution—to give their mother’s name during school admission. The jogini system was officially banned in 1988, but is still prevalent in some districts of Andhra Pradesh. Quite often, the humiliation they are subjected to on account of their being unable to give their fathers’ names keeps the children of joginis out of school.

Having taken this progressive step, state secondary education minister D. Manikya Vara Prasad says the logical next step would be to implement the decision across the board—for all students. “The tradition of naming the father during admission has gone on for so long that we don’t question it,” he says. “In India, we worship mothers, so why should we not grant them a place on certificates and other documents?” Vara Prasad says his department is working around the legal implications of the student giving the mother’s name.

“Such a government order will benefit single mothers and divorcees,” says Suresh Chanda, principal secretary (school education). Besides, he says, it will reduce tedious interactions between the government and people: at present, when a student is unable to, or does not want to, give the father’s name, the case goes first to the district education officer, then the collector and the commissioner of school education, after which the government issues an individual order making exception.

Vara Prasad has invited stakeholders like educationists, rights groups and the legal fraternity for talks to see the process through quickly. He says it would be better for forms to have blanks for both father’s and mother’s names, but mentioning that students may choose to give any one. “The child should be able to give either the father’s name or the mother’s or both if she wants.”

The legal hurdle the government wants to work around is that of reservation: the worry is that some people may use the provision to claim quota benefits if their mother alone belongs to a scheduled group. But Chanda says a Supreme Court ruling clears that point: the benefits of reservation can accrue only on the basis of the father’s caste or tribal status. Besides, it’s the revenue department, not the education department, that issues caste certificates. Even so, the government wants to be careful, as the decision will affect some 17,400 schools across the state.

Vasantha Kannabiran, a writer and activist, says the government move was long overdue. “Why should children be denied the right to education if they can’t or do not want to name their father?” she asks. “If a woman is bringing up a child, she has every right to have her name put in the records.”

The Sea And The Swamp