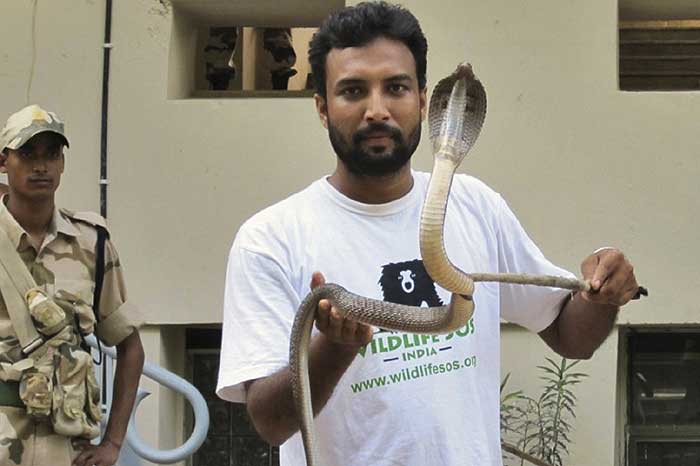 To Commonwealth Games organising committee chairman Suresh Kalmadi goes the dubious credit of taking the fizz out of the buzz India had been making worldwide. Over the last decade, India’s astonishing economic growth, its enviable IT skills, its eclectic human resources and its seductive soft power (embodied by Bollywood) had many a foreigner arch their eyebrows in admiration. The grim stereotype of India as the land of snake-charmers segued into the exuberant image of an emerging power. “Mera Bharat mahaan,” was the sentiment as we argued about the new pecking order in the global power hierarchy.

“As a race, we are fixed in our ways. We won’t do things right unless driven by shame....”
Nathu Puri, UK-based industrialist

But today, those arched eyebrows, they exude a veiled contempt. “I told you so,” they mutter in derision as they read stories about the mess the CWG has become. This overnight attitudinal change towards India has had the zealous Indian slinking into the corner. Neha Garg, IT professional with a London-based software giant, finds her morning meetings have become increasingly embarrassing affairs as the the CWG nears. “My Chinese colleagues sometimes look at me with amusement as they sip their morning coffee and pore over the news headlines,” says Neha. “Let’s face it, to match China’s level of productivity and commitment we have to match their discipline and hard work as well.”

Thousands of miles away in Canada, Rajan Sharma, a Toronto-based digital marketing professional, is distressed by the whole CWG mess. “Canadians are generally polite so no one brings it up, but you can sense what they are thinking, ‘Oh no, this is going to be a disaster’,” says Sharma. The sordid saga in Delhi has sullied India’s image even in America, which isn’t even a CW country. Says Salt Lake City doctor Priyanka Kanth, “Our global image has taken a beating...it’s sad and shameful.”

“Our global image has taken a beating with the CWG mess.... It’s sad and shameful.”
Dr Priyanka Kanth, Salt Lake City, US

UK-based industrialist Nathu Puri though has taken the whole episode a bit more philosophically. He says he’s glad to see “Indian managers” get the flak. “It was a disaster waiting to happen, but one that will teach Indian authorities a most valuable lesson for the future. We, as a race, are sadly fixed in our ways and won’t do things correctly unless driven by shame or catastrophe.”

Underlying those fixed ways is that infamous “chalta hai” attitude. “How else can you explain deadlines being missed, shoddy workmanship, authorities trading charges publicly, corruption, bad press.... A dozen lacerating articles in the foreign media and our national pride is inflamed. I wonder why,” asks Prasun Sonwalkar of the University of West England.

Passions are inflamed, argues Rafiq Dossani of Stanford University, not only because the CWG reeks of corruption, but also because its outcomes are so visible. “This suggests that it is an image issue, but that isn’t the case. It’s upsetting because citizens have once again been reminded of how bad governance really is.” The conclusions people worldwide draw from this will also be drastic: “For every such public failure, there are hundreds more that we never get to hear about.”

“No one brings it up but you know what they are thinking, ‘Oh no, this is a disaster’.”
Rajan Sharma, Marketing, Toronto

Corruption apart, Professor Satvinder Juss of King’s College London is deeply worried about the security arrangements. Juss argues, “The authorities haven’t had much time to run security drills and test the security apparatus in place. Heaven forbid, should a terror strike happen resulting in any casualties...can India even fathom the repercussions of such an eventuality? Really, you can’t say ‘chalta hai’ to a fallen foreign athlete.”

Coded into the CWG mess are the other traits of India’s personality. New York-based urban planner Sameer Chadha underlines this aspect: “India, though very talented at the individual scale, breaks down with planning and working together. We don’t lack skill and vision. We lack cohesion. India still is a survivalist culture, which pervades even the affluent class.”

The diehard Indian is still an incorrigible optimist, believing his/her country of origin will ultimately pull off the CWG quite fine and escape obloquy. But hasn’t India already been shamed beyond redemption? To this question, Nathu Puri asks his own, “Do you remember the Munich Olympics? Security was breached, the world watched a live hostage drama, foreign athletes died in the end. Do you think Germany never got to host a major event again? They had the football World Cup in 2006.” Really, tomorrow is a new day, provided the CWG shock jolts India out of its apathy.

By Nishtha Chugh in London and Ashish Kumar Sen in Washington