'East Asia Without India Is Like Curry Without Salt'

The National Security Advisor on China's role in Indian affairs... 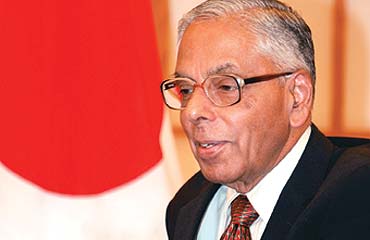 On India's attempts to integrate:

India's contributions in the Asian context were widely appreciated. Even though India is a latecomer to asean and East Asia, it is now recognised as an integral part of the community. As one leader said, East Asia without India is like curry without salt.

On China's attempts to restrain India:

Premier Wen Jiabao agreed that India and China will play a major role in the world and in Asia. I don't agree with the view that China wants to contain India. He made warm references to Mrs Sonia Gandhi's visit and said he was looking forward to the prime minister's visit. Our prime minister will visit China in January and we are looking at January 13-16 as possible dates. Wen was very positive on the issue of border talks. Why should we be wary of China? We are a strong country.

On the reported Chinese incursions into India:

Incursions...whatever are taking place...(it) is in a disputed area. Both...