Banned book: Dwikhandita People’s Book Society, 2003
Status: Fatwa against her for her writings. Taslima is banned from entering West Bengal. 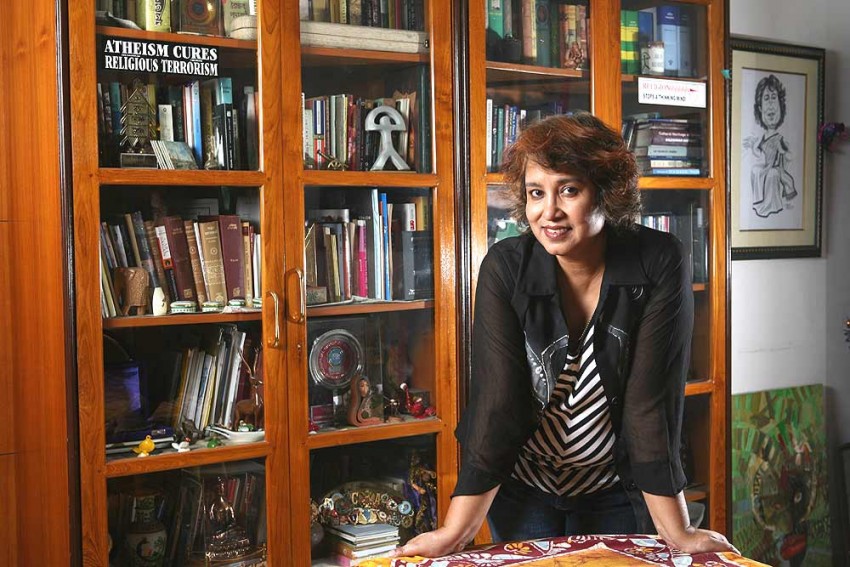 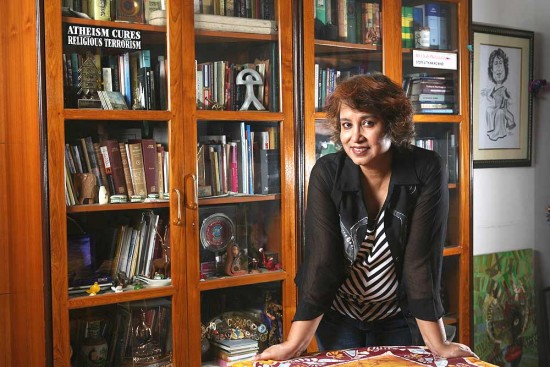 Banned book: Dwikhandita People’s Book Society, 2003
Status: Fatwa against her for her writings. Taslima is banned from entering West Bengal.

Freedom of expression is again under attack in India. Penguin India should not have withdrawn Wendy Doniger’s book The Hindus. The publishers should uphold an author’s freedom of expression. Shiksha Bachao Andolan Samiti, the organisation that claims that the book has many factual errors, could write a book correcting those errors.

The book under attack is currently one of the bestselling books on Amazon. It shows that censorship cannot keep freedom of expression suppressed. In fact, it breeds curiosity and so censorship is really its own worst enemy.

Penguin India is one of the biggest publishing houses in India. It had all the capacity to fight the court cases it faced. But instead, it compromised with those who do not believe in free speech. It said, “Indian Penal Code section 295A makes it difficult for any Indian publisher to uphold international standards of free expression”. It is true, but my question is why don’t you fight for the abolition of the age-old British law, which is used by governments to ban books, harass and imprison authors? Free speech is universal.

Without hurting the sentiments of misogynists, obscurantists, ignorant irrationali­sts—you won’t be able to bring cha­nge in society. In this country, when sati was abolished, or girls’ education started, many misogynist sentiments were hurt. But should we care about their so-called sentiments or should we help society to evolve? It’s dange­rous if the government tries to deny people freedom of expression to protect the sentiments of those who don’t believe in democracy.

Many of my books are banned in Bangladesh. My book was banned in West Bengal too. Its government not only banned my book, it forced me to leave the state too. The new government ban­ned the release of my book Nir­basan in 2012 and a few months ago forced a TV channel called Akash Ath to stop telecast of a mega serial I wrote. The serial was about women’s struggle and how three sisters living in Calcutta fight aga­inst patriarchal oppression to live their lives with dignity and honour. She (Mamata Banerjee) ban­ned me to app­ease some misogynist mullahs.

Most Indian secularists do not support me. They support writers who are attacked by Hin­dus, not those attacked by Muslims. They support Salman Rushdie though, pro­bably because he is not so vocal against Islamic oppression on women the way I am. I’m not a man. I’m a woman. A single woman at that. And a feminist. We live in a mis­ogynistic, patriarchal society and people in this society hate feminists.

Freedom of expression is like rape in India. Pol­iticians and intellectuals do not defend eve­ry­one’s freedom of expression like they do not condemn every rape. If I could get the same support as Wendy, the TV producer could start bro­a­dcasting my serial despite government threats.

The Descent Of Air India