Duty And The Beasts

Superbikes are flooding the ­Indian market. But manufacturers, and the US President, cry too much tax! 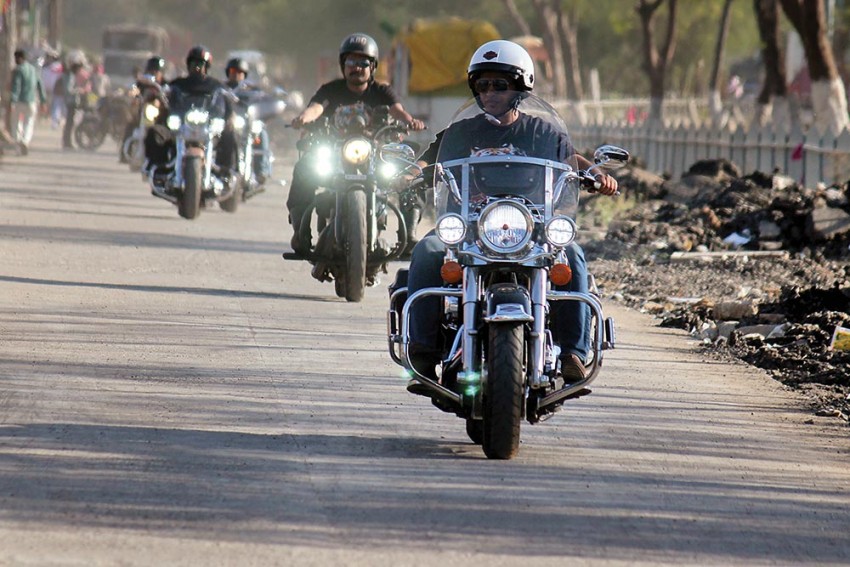 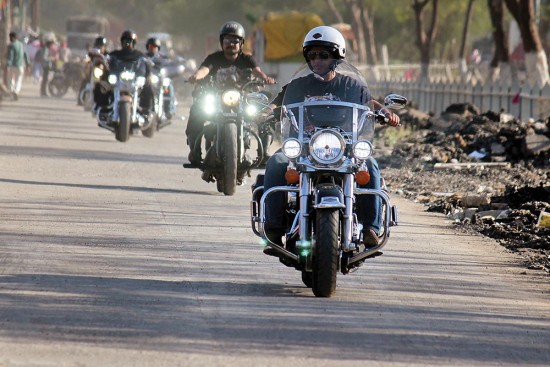 In the last two years, India’s automobile sector has witnessed a distinct change. Bypassing by miles even those sub-­SUVs, so much in vogue these days, is a whole range of two-wheeler beasts; the superbikes that have been making inroads into the Indian market. If the last decade belonged to small and mid-size motorcycles, 2016-17 has seen the rise of luxury and high-end motorcycles and superbikes in India. The biggest names in the field of motorcycles have set up shop in India as the demand for these superbikes is on an upward curve. Since 2016, this segment of motorcycles has seen a double digit growth of 10-12 per cent, which is above the industry average. But, superbikes have been in news of late for a different ­reason. US President Donald Trump has made a case for high-end bikes, especially the quintessentially American Harley ­Davidson, saying the duties are too high in India for these bikes. This is despite the fact that the Indian government in February announced a rather drastic reduction in duties for luxury bikes. According to a notification issued by the Central Board of ­Excise and Customs on February 12, custom duty on Completely Built Units (CBU) with engines up to 800cc was slashed from 60 to 50 per cent while, for those above 800cc, the duty was reduced from 75 to 50 per cent. For Completely Knocked Down (CKD) units, the duty was reduced from 30 to 25 per cent on import of engine and transmission or gearbox for pre-assembled kits.

Even after these cuts, luxury bike makers have echoed Trump’s views and feel that the duty structure in India is on the higher side, which is hampering the growth of such bikes. “Considering that GST is 31 per cent, the high import duties hamper the growth of such bikes in India. The price tag is more than double when compared to the US so these bikes get restricted to ultra high net worth individuals only,” says Pankaj Dubey, MD & country head, Polaris India, makers of the Indian Motorcycle. However, some manufacturers feel that the steep duty struct­ure has not hampered the growth of these bikes. “Triumph Mot­orcycles has been growing at a healthy pace in India. In spite of this sector being overcrowded, our total CAGR has grown to 63 per cent between FY14 and FY17,” says Vimal Sumbly, managing director, Triumph Motorcycles India.

Industry experts say that generally speaking, the high duty structure and low numbers have discouraged lux­ury bike makers from shifting their manufacturing base to India. “Currently, we are importing our products from the US and we do not have any firm plans to manufacture these bikes in India,” says Dubey. “The manufacturing depends on the business growth and the overall decision to locally manufacture high-end ­motorcycles depends on the local demand, which is a negative return from the investment perspective. Thus, to manufacture high-end bikes domestically, the first thing is to increase the ­demand of these bikes in the country and from this perspective, lower duty is going to help ‘make in India’—from  components to, eventually, motorcycles.”

Sumbly agrees and feels that despite the growth, volumes are still too small. “We are part of the government’s Make in ­India campaign. For a niche brand like ours, assembling in India makes more sense given the volumes. In line with this thought, we have moved from 90 per cent of our portfolio as CBU in 2016 to 90 per cent CKD (since end of 2017),” he says.

The fluctuating policy environment is another matter of concern for bike makers. Most of them feel that a stable policy environment coupled with a rationalised duty structure would go a long way in increasing ­demand. “The present government directives leave CKD manufacturers with a 5-10 per cent product cost escalation while leaving FTA manufacturers unaffected,” says Sumbly. “A rationalisation of this increase for the entire sector would be imperative if we want an even field for all players present.” The CVO Limited from Harley Davidson

Yet, the demand for these high-end luxury bikes has only grown in India. Motorcycles outsold motor cars in the last year and sup­erbikes have also seen a gradual increase in sales in the Indian market in the last two years. The superbikes market increased from just 500-800 superbikes in 2008 to over 10,000 motorcycles last year.

While demonetisation and GST caused a dent in the lux­ury motorcycle market in 2017, it did not dent its spirits. “The market will continue in 20 per cent CAGR in the next decade. However, with the growing HNIs in India, the sales trends are shifting towards Cruising and more comfortable touring bikes,” says Dubey. The company’s most popular product, the Indian Scout series, is priced upwards of Rs 12.99 lakh. Experts believe that the demand for these products is driven by aspiration and even people from non-HNI background are giving up their car aspirations to own a bike. “Today, motorcycling is the new golf! And people are going all around to Ladakh and Singapore on a bike,” says Sumbly.

Interestingly, the demand for these ­superbikes is increasin­gly coming from non-metros and smaller cities. Last year, 15 per cent of the demand was from Tier 2 and Tier 3 cities. “There are pockets in smaller cities from where there is big demand for these bikes,” says Y. S. Guleria, senior VP, sales and marketing, Honda Two Wheelers. “This includes places like Kolhapur and Pune in Maharashtra, Ludhiana and Jalandhar in Punjab, ­Guwahati in the Northeast and Bhubaneswar in the east.” ­Royal Enfield, for instance, is expanding its dealer base from 350 stores to 750 stores by March 2018, a significant number of which will be in Tier 2 and Tier 3 cities. Similarly, for the high-end Harley Davidson, new dealerships have come up in the last two years in T2 and T3 markets.

A significant part of the demand is for the sub-1000 cc ­superbikes in India. “The sweet spot in the superbikes segment is in the sub-Rs 10 lakh category of 600-1000 cc superbikes,” says Sajeev Rajasekharan, EVP sales and marketing, Suzuki Motorcycle India. “With more biking communities coming up and a biking culture developing in India, we expect this category to explode in the coming years.”

One big push towards the demand for superbikes is coming from various biker groups and communities dev­eloping in the metros as well as in smaller cities. “The motorcycle industry in India will see a shift from buying based on the specs sheet to buying centred more around experience,” says Rudratej ­Singh, president, Royal Enfield.

Peter Mackenzie, MD, Harley Davidson ­India, agrees. “The Indian market is moving from commuter to leisure biking. The sport of leisure mot­orcycling is increasing at a huge pace. Most buyers in this segment are buying a lifestyle rather than just a product.” he says.

With the woes related to demonetisation and GST having stabilised, most manufacturers ­expect the demand to double in the next 3-4 years. But the government needs to build inf­rastructure to support these beasts on roads. ­Unless that is done, the dreams of these bikers will ­remain ­restricted to a few urban areas.