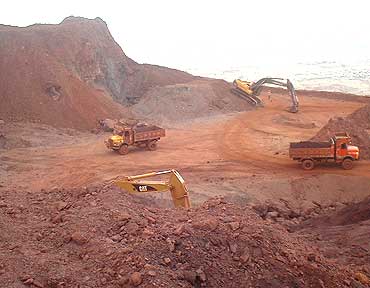 Perhaps this is yet another instance of the global economic crisis affecting local politics. The crash in the export price of iron ore has brought the shadow of gloom over Karnataka's mining belt of Bellary. Where money once flowed in torrents, a sudden liquidity crunch is being felt—causing some unexpected collateral damage in state politics.

Mining money had influenced the April-May assembly elections, which saw the BJP come to power in the state. But the party fell short of simple majority, winning only 110 seats out of 224. It then managed to form a government with the help...