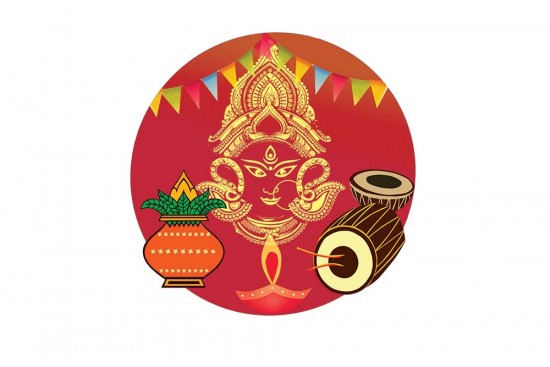 It is early autumn morning; the smell of budding frangipani flowers lingers in my brain, bringing back recollections of carefree childhood revelries in Calcutta. I get ready to fly out to Africa, to the Niger Delta, an exquisite and proud land of sub Saharan music. Afrobeat freely mixes in the palette of my mind, with the hypnotic vibrations of the Dhak, embodying the nirvana of my youth: the festival of Durgotsava, a tumultuous experience characterised by a force-field of bliss. It begins with a Proustian ‘madeleine’ moment. The awnings of dawn are outside my plexiglass, sunrays slant in. I hark back to a similar daybreak in my childhood, an annual event that presaged Durga Puja. Woken up each year by my grandmother, as if by clockwork, on this auspicious day of Mahalaya, we listen to the sonorous rise and fall of Birendra Kishore Bhadra’s voice through All India Radio’s morning broadcast of Mahishasurmardini—an oratorio announcing the arrival of goddess Durga and her battle with the forces of evil. It floats in the early morning sky, foretelling a month of celebration. The crescendo of the Sanskrit chants stir emotions vividly, and somewhere over the Sahara I shapeshift into a frenzied Dhunuchi pirouette in late ’80’s Calcutta. A time of simplicity, strong community bonds, of joys and sorrows shared across class, material and religious divide.

Sounds and images of my neighbourhood puja celebration fill my brain. I picture utopia in logs of bamboo lying unfettered across the street corner a month before the pujas, waiting to be built into pandals; in people perfecting their craft (plays, song, dance, recitation and even magic shows), in time for the puja’s cultural component; organising committee members trooping into our house to discuss the varied nuances of the festivities, through cups of hot tea and gales of laughter. I remember, too, the carefree abandon of students at school with the steady approach of the pujas; the thump and thwack of ball upon bat as youths enjoying their Puja holidays play cricket on a late weekday morning; the growth of shoppers across the city as the pujas draw near. And the weightless, buoyant expectancy in the air, the choked lull before the dam breaks.