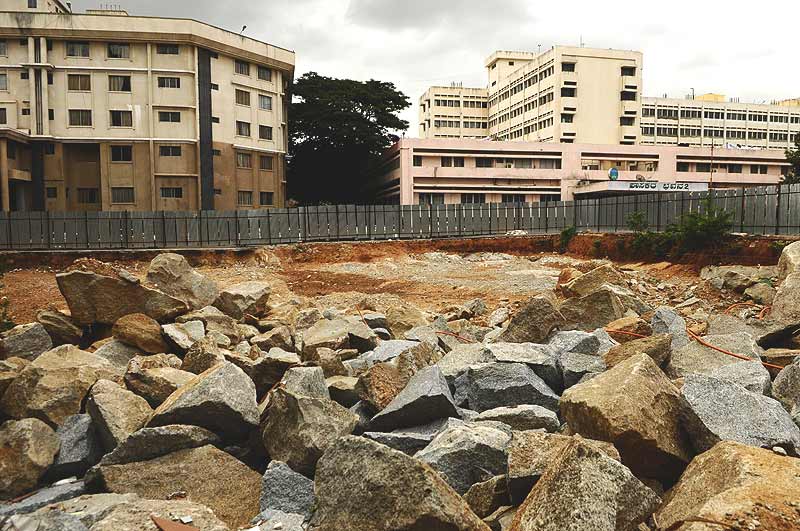 Karnataka is parched as never before. In what is being termed the worst situation in 42 years, 142 talukas have been declared drought-hit. But that hasn’t changed the  spending patterns of the people’s representatives. About a 100 of the state’s 224 MLAs, part of various legislature panels of the assembly, will go on foreign trips in the coming months. Though many are furious at these sojourns on taxpayers’ money, it’s like water off a duck’s back for the good legislators. One MLA retorts: “If my tour comes in the way of tackling drought, I am prepared to cancel it. But will my stay ease the problem?”

The gathering clouds of popular indignation at the MLAs’ jaunts, however, has forced one notable cancellation: a 15-day tour to Europe by MLAs and officials starting from September 27 has been put off. BJP MLA Suresh Gowda, who was to head the junket, decided against it, claiming that the subordinate legislation committee of the legislature gave the go-ahead after the state had recently received rains and reservoirs were filling up. “We now realise that the rain is not enough and the drought continues. The tour could be planned again after two months,” he says.

In the eye of the controversy are 18 MLAs currently in South America.  One of them even admitted he had gone “sight-seeing”, confirming the doubts many harboured about the “study tour”. Among those in Brazil, Argentina and Peru, where travel costs are Rs 7 lakh per head, are 10 MLAs who have taken their families. Responding to a demand to recall them, Speaker K.G. Bopiah said: “The money has been spent. So recalling them will not result in saving any!” Karnataka’s eight-week-old CM, Jagadish Shettar, reportedly opposed the globe-trotting, but was ignored. But with the media spotlight on them, he has now ordered the MLAs to get back immediately.

Some citizens are taking action. To appease the rain gods, the government spent all of Rs 17.11 crore on prayers in 35,000 temples and some churches, mosques and dargahs. Now, Neelakantappa, from Chikmagalur district, has approached the high court to stop the pujas, arguing against a waste of money on “superstition”. He has filed another PIL seeking a stop to the MLAs’ junkets.

Karnataka’s MLAs keep raiding the treasury. On August 16, the speaker approved the plan to construct 50 luxury flats worth Rs 50 lakh each on the premises of the Legislators’ Home. Bopiah defended the decision, saying MLAs do not have enough rooms in the Assembly secretariat, though records show the 238 rooms there are sufficient. In another example of profligacy, days after refurbishing their assembly offices, four senior ministers plan to junk their cars and get Honda CRVs, costing Rs 22.89 lakh each. Since the authorised expenditure on cars is Rs 14 lakh they have approached the finance department for approval.

Similarly, CM Shettar’s political secretary, Shankar Patil Munenakoppa, pulled down a wall in his room in the Vidhana Soudha as “there is nothing wrong in making minor renovations...the existing office was very small.” Some say vaastu requirements prompted the move. After the refurbishment attracted attention, he does not want the room.

But foreign trips attract the sharpest ire. Former CM B.S. Yediyurappa said they were “unpardonable”. After touring nine drought-hit districts, he said: “They (MLAs) should stay put in their constituencies and work. Leave alone foreign countries, they should not even go on trips outside the state.” PCC president G. Parameshwara says he told Congress MLAs to avoid such trips and that he’ll seek “disciplinary action” against the violators. JD(S) chief H.D. Kumaraswamy, who now opposes the tours, had artlessly said earlier: “We cannot expect legislators to cancel them, as they are naturally tempted to visit foreign countries.”

That bit of honesty apart, the pious political postures, just like the rains in the state, seem to have arrived too late.