Police swoop down on anti-liquor campaigner. Is it an attempt to divert attention from a Sasikala deal? 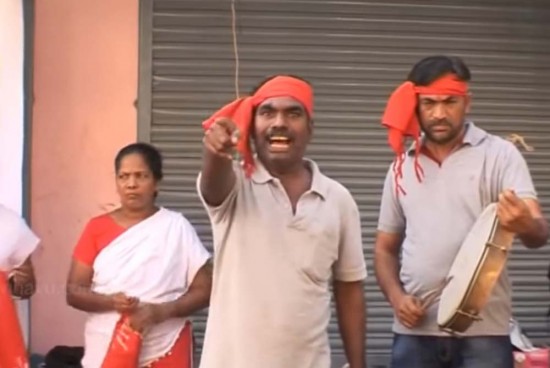 The cry for imposing prohibition in Tamil Nadu had picked up steam a few months ago, with virtually every opposition party backing the demand. But it was a song about the state’s alcohol problem—by folk singer Kovan, or Sivadas—that disagreed with the state government. It responded with a gag ref­lex: a sedition case was slapped against Kovan, whose lyrics weren’t very charitable to chief minister J. Jayalalitha.

The way the Chennai police swooped down on his house in Tiruchirapalli in the middle of the night and arrested him has again sparked a debate. The major question is on the misuse of the sedition law, described as archaic, to tackle dissent. Opposition parties and activists are asking why such a serious charge is being slapped on someone speaking up about a social problem­­—one they too are fighting, and one the government should be canvassing against. Jayalalitha’s five-year term ends in mid-2016, and with elections looming, her rivals say she’s trying to divert attention from her aide V.K. Sasikala, whose relatives are said to have made a controversial big-ticket purchase of a multiplex.