Neither thought-provoking nor entertaining enough — remains largely average and underwhelming. 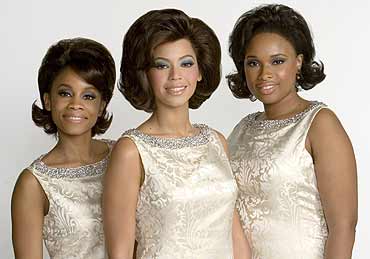 West Side Story had romance, Sound of Music was all sugar and sentiments that left you happy and sad by turn and Singing in the Rain and An American in Paris could make you dance on the aisles. Recently, there was Rob Marshall’s inventive Chicago that mixed traditional Hollywood musical with strong lashings of the film noir. My all-time favourite is Lars Von Trier’s ‘anti-musical’, the dark and gloomy Bjork-starrer Dancer in the Dark, which was all about the music lurking in the grimness of life. Dreamgirls, directed by Chicago’s screenplay writer Bill Condon, has neither the energy, nor the ingenuity of these films. It’s neither thought-provoking nor entertaining enough and remains largely average and underwhelming.

There’s the obvious political angle, the film talks of black...