An '89 peace plan with local support may be the answer ? Updates 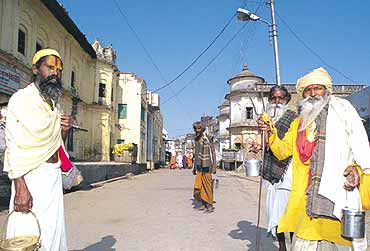 The reasons are not far away. Large sections here believe excavations at the disputed site don't guarantee a solution. That's why the new 'plan'. It's time to heal old wounds.

Led by Shiwendra Sahi, a descendant of the raja of the erstwhile princely state of Deara (which included parts of Ayodhya), several local Hindu and Muslim leaders are busy these days actively putting together a coalition. Sahi and his associates are resurrecting a detailed plan worked out by a peace committee set up by the residents of Faizabad and Ayodhya in 1989. The committee had a large representation of Hindu opinion leaders—Shanti Swarup Rana, Falahari Baba, Dhiren Jafa—along with those from the other side like Maulana Basir, Captain Afzal and a host of local maulvis. The convenor was Sheetla Singh, editor of Hindi daily Jan Morcha, and a widely respected figure in the region.