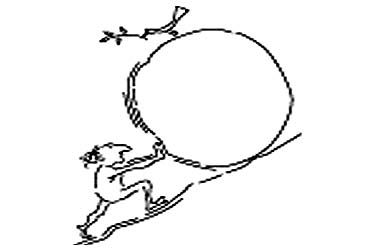 outlookindia.com
-0001-11-30T00:00:00+0553
The fruitless warnings about the horrors of war have turned into a routine by now. Yet, what the poet Mathias Claudius (1740-1815) wrote in his lifetime remains tenaciously valid till this day. Struck by yet another war, he said: It is war! It is war!/Oh God's angel, protect/Prevent and interrupt./ Alas, it is war yet again,/I long not to be guilty of it.

Mathias Claudius' warning and appeal, in spite of their futility, have survived many battles. Therefore, I also repeat his words, "Prevent and interrupt", though apprehending that they fall on deaf ears.

When, for weeks, we observed the advance of US and British troops, missiles and fleet towards Iraq, we felt perhaps that the 'onslaught' would be limited to a terrible show of might. No, we have been proved wrong because this war was willed, planned and calculated to the last detail. The think-tanks of all the major stock exchanges of this world longed for this assault. And the latter raged like a pre-fixed television programme.

The warmongers deliberately 'constructed' their Enemy as the Target. We are well aware of this game which seeks the Enemy and then, not finding it, invents one. We are also aware of the rules of this wargame whose evidence in profusion is projected by the TV channels. We see on the screen that the main adversary is not mowed down, instead the missiles hit hundreds of others with erratic precision. While death and destruction mount, we are advised to accept the tragic outcome as unavoidable. Further, the few dead on the side of the Mighty World Power are counted over and over again and mourned. But the many more, in fact uncounted, deaths of women and children on the other side evoke no sorrow for they are not worthy of it.

We are haunted by questions: against whom was this war directed and what did it claim to achieve? The answer given is simple: against a terrible dictator. But Saddam Hussein was, much like the other dictators, an armed comrade of the democratic World Power and its allies in the past. Massively armed by the West and acting as its representative, Saddam conducted an eight-year-long war against Iran. Why? Because, at that point of time, the dictator of Iraq's neighbour, that is Iran, was the Enemy No. 1 of the West.

To strengthen their logic, the aggressors said that Saddam owns a storehouse of WMD. Till this date, however, the West has not been able to produce the shoddiest of evidence to prop up this accusation. Over and above, the promise was uttered that after the destruction of the dictator and his system, democracy will be introduced in Iraq. But the two neighbours of Iraq, Saudi Arabia and Kuwait, who are allies of the West and who permitted the US-UK military alliance to use their country as bases of aggression, are also ruled by dictators. Does this mean that these two countries will be the next target of wars designed to sponsor democracy?

I know these questions sound irrelevant; the arrogance of the superpower is ready to give reply to each and every query. Nevertheless, everyone knows, or at least suspects, that oil has triggered this war. Oil, again, has been the deciding factor. The net of lies and deceit woven by the only superpower and its choric allies to conceal this truth is by now so torn and tattered that the real motive stands stark naked, exposed—shameless and terrible in its manifestation of hubris. The President of the US, George Bush, is the embodiment of this arrogant threat to mankind.

No, anti-Americanism is not destroying the prestige of the US. Dictator Saddam Hussein and his battered Iraq are not endangering the most powerful nation of the world. Just the opposite—President Bush and his regime are blackening the US by trampling the ideals of democracy, by rejecting the verdict of the United Nations and by perpetrating a war which not only crushed the inalienable rights of the Iraqi people, but also unleashed terror for no rhyme or reason.Will the United Nations ever be able to halt this aggressive design of the US? I do not have a definite answer to this question, but I do know that this war will propel even more wars. We shall experience many more wars in the coming days.

We Germans have often been asked if we are proud of our country. This is tough to answer, especially if we recall our nation's history. But let me say, the clear denunciation of the so-called preventive war by the majority of our people has made me a trifle proud of my country. We were responsible for the two horrible world wars and their criminal consequences. It seems we have learnt somewhat the lessons of history thereafter. We have shown the guts to resist the pressure of the mighty alliance, we did not permit our country to be coopted into infantile collaboration.

This question has not yet fetched a valid reply. Every war or the threat of it prompts us to return to the poet's impassioned appeal, "Oh God's angel...prevent and interrupt."

Our interruption, which is based on rejection of war and affirmation of peace, should not turn inaudible and weak. The stone, which we were pushing up to the crest of the mountain, has once again hurtled down. We have to begin our ascent again. The stone of Sisyphus has to be rolled up and up again. I am no advocate of utopian optimism. At the same time, I refuse to accept limitless despair and resignation. Our stubborn protest and resistance are well within the realm of human possibility.

(Translated from the German by Subhoranjan Dasgupta.)

A Spoonful Of Dissent