Drawing His Map In Mega Pixels

Modi made it impossible for the media to ignore him 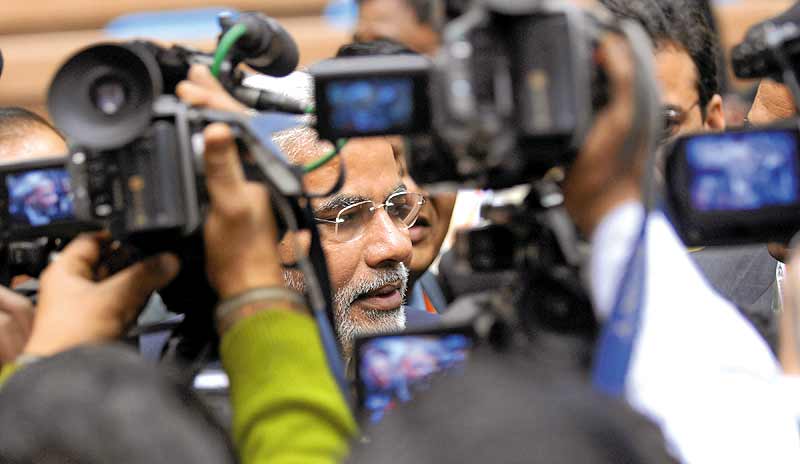 What’s common to actor Salman Khan and Gujarat chief minister Narendra Modi? Besides the very visible maschismo they both display, there’s a story that unites them, one that Rajat Sharma of India TV likes to recount. Three years back, he put the chief minister of Gujarat in the dock on his programme Aap Ki Adalat, in which he subjects public figures to a mock trial after which a verdict is delivered. He says Modi drew a viewership of the kind drawn by stars like Salman Khan.