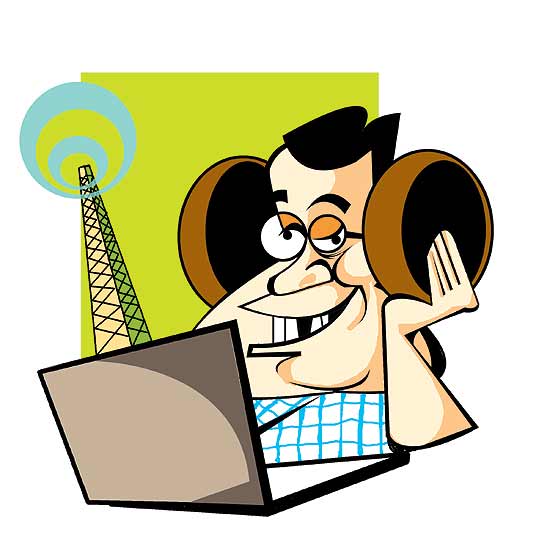 Unfortunately I’m bound by the Official Secrets Act from revealing my real name. But I’m the guy who runs a 100-member strong unit which transcribes tapped conversations. We work in four shifts and operate from the second floor of a musty old building in Karol Bagh, Delhi. Interestingly, many in the neighbourhood think that I run a call centre, what with my men wearing headphones and keying in data on computers all day. The last year was particularly taxing—we have had thousands of CDs to  transcribe.

Among officers of the ED and I-T department, I’m known as Dr Trance Scribe. Trance, because whenever I and my men are at work, we hallucinate (that’s the only way one can wade through all those boring conversations). So here’s some of the latest data from our most recent VIP wire-taps (which I will later leak to Outlook magazine):

NR: Sir, that was truly a great speech at the UN!

SMK: Thank you...thank you. But  what excited me most was reading that Portuguese chap’s speech. It brought all the attention to what I said later.

SMK: This strategy came to me rather early in life. I was in my first year at Maharaja’s College, Mysore, and had reached the finals in a debating competition. The topic was ‘The Sun rises in the East.’ Now, given my pro-US inclinations, I chose to oppose the motion. My opponent spoke first and his arguments were rather convincing. When my turn came, I simply picked up his rebuttal speech and read it! When the time came for arguments, the chap had no choice but to rubbish his own work. Naturally, I won, though some of...