Sex at 90! Ae Bhagwan! Hare Ram! Why doesn’t he visit our holy places, read chapters from the Gita and attend ‘satyanarayan pujas’ 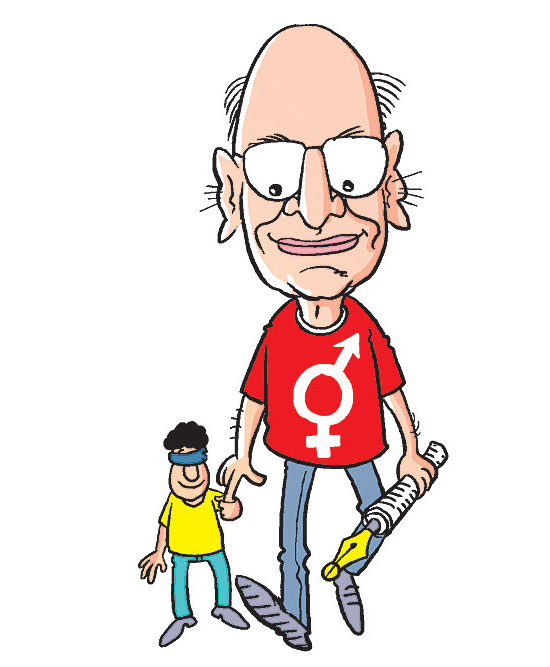 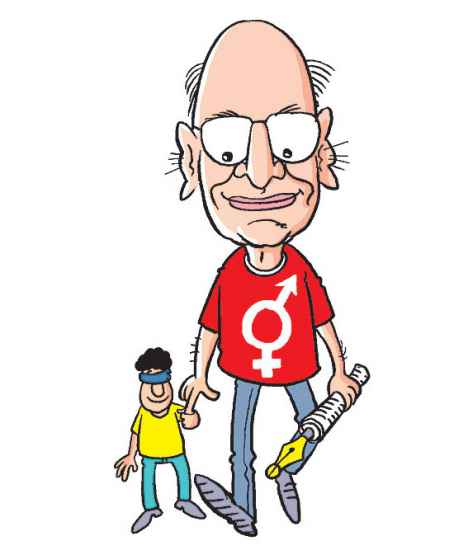 The secret of my success? I read a lot, prepare myself for all sorts of questions from readers of my popular column. Based on a Vienna news report of a naked woman sunbathing at her window which led to a huge traffic jam, I can well anticipate one of my readers asking me, “I was among the motorists who watched a woman basking with her legs dangling out of the window, obviously bent on getting some sun in a place where it doesn’t usually shine. What should I have done” My answer would be: “Look out for an area, like the former British empire, where the sun never set!”

I had heard grumbles. Sex at 90! Ae Bhagwan! Hare Ram! Why doesn’t he visit our holy places, read chapters from the Gita and attend ‘satyanarayan pujas’. But then who will throw light on the areas of darkness in the human mind on this taboo, three-letter-word subject? Like Jesus Christ, I try to bring enlightenment to the ignorant. Almost 95 per cent of the Indian male population is seized with doubts on the size and shape of their ‘you know what’, too big, too small, too narrow, too twisted, too inclined at various angles, too timid, too arrogant and so on. An equal number worry about the Role of Hand, how many times is too many, 5, 10, 15, 20 or more per day. Did God create Man only for this job?

Ignorance on this subject is appalling. Will I become pregnant if a man touched me in the darkness? The little lamb Mary had, did she deliver it? Even after 20 years of marriage, there are women who have not experienced sex, let alone an orgasm! I do not enjoy sex with my wife, but my pet goat...well, that’s different! Who says mothers-in-law are bad, mine is great in bed! With so many questions to tackle every day, life is a joyride. I don’t feel 90 but 19.

Much of the progress in this field is due to the media. A ‘sexpert’ is more sought after than a political editor nowadays and even the management guys dare not touch him. When circulation falls, the best remedy is to bring out a special issue on sex, it will sell even on rehashed material. But be careful what you write. While doing a survey on national sex customs some years back, a news magazine from the south quoted figures from a sex survey that Calcutta couples topped the list of those who could not get it right on their suhaag raat. Did the volatile Kolkatans organise a bandh to protest against this insult? I do not remember. In the days to come, I hope for additional research on sex and development. The ‘brahmacharya’ RSS and the chaste prime minister cannot help us much. Let the glamour brigade take up the job, some of them are endowed with more than one husband or wife. The Union minister now accused of alleged rape may even argue there was a link between rape and development.

More Than Any Other Living